Global Rat-Perch: Jewish Misdirection in the Work of Michel Chossudovsky 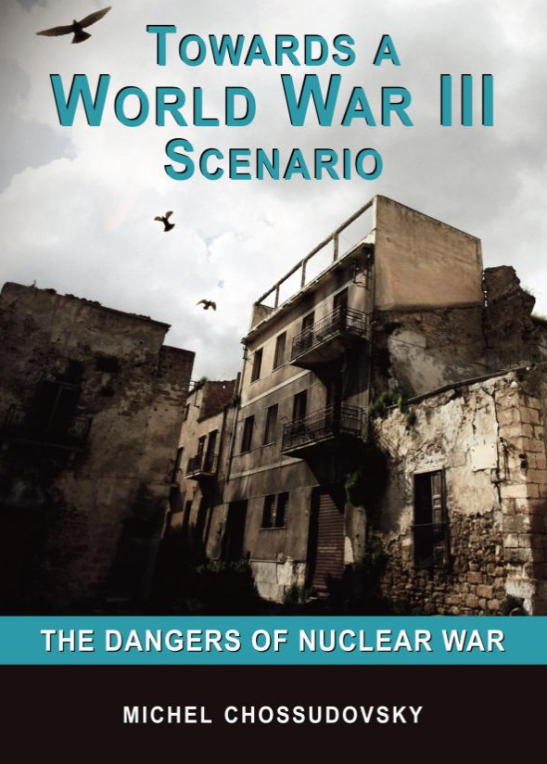 MICHEL CHOSSUDOVSKY, Emeritus Economics Professor with Ottawa University, is also the founder and director of the Centre for Research on Globalization in Montreal and serves as editor of the anti-war website Global Research. Much of the information Chossudovsky makes available through his efforts is highly valuable, and Global Research is a useful resource in countering mainstream messaging on U.S. foreign policy issues. His is one of the names that come to mind when one tries to think of “good Jews”. There are, however, disingenuous aspects to Chossudovsky’s work, and his book Towards a World War III Scenario: The Dangers of Nuclear War presents a pertinent case study.

The treatise is largely concerned with the provocative shift in U.S. foreign policy toward a preemptive rationale in its dealings with “rogue” governments like those of Iran and North Korea and the erosion of any distinction in war planning between “tactical” nuclear weapons and the “conventional” war toolbox. Towards a World War III Scenario also concerns itself in a few problematic passages with the role of Israel in the “War on Terror”. Chossudovsky acknowledges the existence of Israel’s nuclear arsenal and its collusion with the U.S.; but, for him, “Tel Aviv is not a prime mover” for intervention against Iran and “does not have a separate and distinct military agenda” from that of the Pentagon. Israel, for Chossudovsky, is only “part of a military alliance” — practically a pawn — that might “be used by Washington to justify, in the eyes of world opinion, a military intervention of the U.S. and NATO with a view to ‘defending Israel’, rather than attacking Iran.”1

Chossudovsky’s defense is that Israel is a not a truly sovereign military power. “The U.S. military oversees Israel’s Air Defense system, which is integrated into the Pentagon’s global system,” he explains. “In other words, Israel cannot launch a war against Iran without Washington’s consent. Hence the importance,” Chossudovsky avers, “of the so-called ‘Green Light’ legislation in the U.S. Congress sponsored by the Republican party under House Resolution 1553, which explicitly supports an Israeli attack on Iran”. “In practice,” he continues, “the proposed legislation was a ‘green light’ to the White House and the Pentagon rather than to Israel” and “constitutes a rubber stamp to a U.S.-sponsored war on Iran which uses Israel as a convenient military launch pad,” a mere “pretext to wage war”2.

The real culprits, Chossudovsky alleges, are the “Anglo-American oil giants”. “The U.S.-led war in the broader Middle East Central Asian region consists in gaining control over more than sixty percent of the world’s reserves of oil and natural gas.”3 The best the professor can produce in the way of evidence for his claim is a Clinton-era National Security Statement citing the strategic interest of the U.S. in ensuring the security of Middle East oil reserves. As Aryan Skynet has already discussed in greater detail, however, analysts Dr. James Petras and Muhammad Idrees Ahmad have already lain this lamestream liberal canard to rest. “Through its all-out campaign in the U.S. Congress and Administration,” Petras observes in his book The Power of Israel in the United States, “the U.S.-Jewish-Israeli lobby has created a warlike climate which now goes counter to the interests of all the world’s major oil companies including BP, the UK-based gas company, SASOL (South Africa), Royal Dutch Shell, Total of France, and others.”4 Chossudovsky is not unaware of the work of Dr. Petras; he is simply engaging in racial and ideological obfuscation.

Professor Chossudovsky betrays his instinctive anti-Christian bias in referring to an “American Inquisition” that is engaged in conducting a “holy crusade” in the Middle East. Note that it is not an “American Sanhedrin” or an “American Synagogue of Satan”. Rather, it is “an ideological construct which is, in many regards, similar to the inquisitorial social order prevailing in France and Spain during the Middle Ages.”5Chossudovsky’s writing presents a thematic parallel with the vocabulary of Neoreaction, with its excoriation of a hegemonic “Cathedral” — all of which only seems to suggest that, ideological trappings aside, a Jew’s political thought remains Judaic in all of its permutations.

As for the putatively authoritative role of the U.S. Congress that Chossudovsky cites as evidence of Israel’s lack of agency in America’s foreign policy agenda, that is only a sickening joke in consideration of the fact that those in the know have for decades acknowledged that Israel’s U.S. lobby, AIPAC, grips the House and Senate. “I believe that Israel has a powerful stranglehold on the American government,” late Representative Jim Traficant told Greta Van Susteren in an interview conducted after Traficant’s release from imprisonment on charges Michael Collins Piper scrutinizes in his exposé Target: Traficant6. “They control both […] the House and the Senate,” Traficant continued. “They have us involved in wars in which we have little or no interest. […] They’re controlling much of our foreign policy.”7 “It is no overstatement to say that AIPAC has effectively gained control of virtually all of Capitol Hill’s action on Middle East policy,” Paul Findley concurs in his book They Dare to Speak Out: People and Institutions Confront Israel’s Lobby. “Almost without exception, House and Senate members do its bidding, because most of them consider AIPAC to be the direct Capitol Hill representative of a political force that can make or break their chances at election time.”8 John J. Mearshimer and Stephen M. Walt give a sense of the breadth of the “stranglehold” Traficant describes in their study The Israel Lobby and U.S. Foreign Policy:

Not only does it exert significant influence over the policy process in Democratic and Republican administrations alike, but it is even more powerful on Capitol Hill. The journalist Michael Massing reports that a congressional staffer sympathetic to Israel told him, “We can count on well over half the House — 250 to 300 members — to do reflexively whatever AIPAC wants.” Similarly, Steven Rosen, the former AIPAC official who has been indicted for allegedly passing classified government documents to Israel, illustrated AIPAC’s power for the New Yorker’s Jeffrey Goldberg by putting a napkin in front of him and saying, “In twenty-four hours, we could have the signatures of seventy senators on this napkin.” These are not idle boasts.9

Is a scholar as erudite as Michel Chossudovsky pretending not to have read these well-known books?

Prokofiev and the Revival of Nationalism in Soviet Music

“Good Jew” is an oxymoron. Just like all those Jews who decry international banking usury, say without exception that the holocaust is a total hoax, apologize to Germany and repay their “reparations”, defend the likes of Ernst Zundel, Ursula Haverbeck, Robert Faurisson, Germar Rudolf, Allison Chabloz and others with the bottomless coffers of their special interest organizations, who lobby governments to stop the west from being suffocated by Third World invaders, seek to uphold Constitutional rights, who…oh, wait, there aren’t any…and there never will be. As an aside, WW3 will not be a nuclear war. There is much talk that nuclear weapons are a fraud, more fear-mongering to gain increasing control. Even if nuclear weapons exist, they will not be used in any significant sense, as the insane people that… Read more »

Global Rat-Perch: Jewish Misdirection in the Work of Michel Chossudovsky