The Cancerous Politics of Jon “Stewart”

by A Dissident Millennial

A COUPLE WEEKS after Donald Trump won the 2016 presidential election, Charlie Rose did an interview with Jon Stewart which provides a clear window into the alien mindset of those who would have Whites reduced to a minority within the United States. A telling remark comes right at the beginning of the interview when Stewart is asked for his reaction to Trump’s victory and says:

I feel badly for the people for whom this election will mean more uncertainty and insecurity… but I also feel like… this fight has never been easy.

And what fight is that exactly? Well, in Stewart’s view, Donald Trump’s successful bid for the presidency has made some people question the wisdom and viability of multiculturalism, and Stewart wants to prevent such pessimism from halting America’s transformation into a non-White country. In Stewart’s words:

One of the things that I think struck me.. [as] odd about this election, and maybe I just missed it, was nobody asked Donald Trump, “What makes America great?”… What are the metrics? Because it seems like from listening to him, the metrics are that it’s a competition. And I think what many would say is what makes us great is — America is an anomaly in the world. Nobody — there are a lot of people, and I think… his candidacy has animated that thought — that a multi-ethnic democracy, a multicultural democracy is impossible. And that is what America by its founding, and constitutionally, is… [1]

Behold the big whopper at the end of that statement. As Hans Holtzcamp notes at the Occidental Observer, the historical narrative Stewart peddles here is

a truly breathtaking revision of U.S. history, to put it lightly. America was founded as a White Anglo Saxon Protestant republic and there is no evidence whatsoever that a single one of its Founders believed in Stewart’s novel idea of universal democratic racial and LGBT equality. In fact, from the first immigration law of 1790 (which restricted citizenship to free Whites) until the 1965 immigration law ended national origins provisions, America was dedicated to remaining European and biased toward the traditional sources of immigration in northwest Europe…

The idea that America was designed by its founders so that the founding population would be displaced by non-White immigrants is ludicrous. Stewart is taking the post- 1960s counter-cultural revolution and placing it back to the founding of the country. [2]

In other words, Jon Stewart literally retcons U.S. history to justify his hostile ethnic agenda against White Americans, meaning that Stewart is either deliberately dishonest or unbelievably ignorant about our history. As the late Sam Francis put it:

the most casual acquaintance with the realities of American history shows that the idea that America is or has been a universal nation, that it defines itself through the proposition that “all men are created equal,” is a myth. Indeed, it is something less than a myth, it is a mere propaganda line invoked to justify not only mass immigration and the coming racial revolution but also the erosion of nationality itself in globalist free trade and a One-World political architecture. It also justifies the total reconstruction and re-definition of the United States as a multiracial, multicultural, and transnational swamp. [3]

Does this agenda sound natural or healthy to any patriotic American? Amazingly, Stewart grants that multiculturalism is not at all natural yet speaks as if that is precisely what makes it so glorious. In Stewart’s words:

This is the fight we wage against ourselves and each other because America is not natural. Natural is tribal. We’re fighting against thousands of years of human behavior and history to create something that no one’s ever — that’s what’s exceptional about America and that’s what’s, like, this ain’t easy. It’s an incredible thing.

Well yes, Stewart’s great multicultural experiment is indeed an incredible thing, so much so that it is without precedent in human history. Here’s the thing, though: Unlike Jon “Stewart,” some of us actually have blood-stock in this formerly-great country, and to us the war to racially democratize America isn’t a game, but rather total war against our very existence and everything we believe in.

This is why the likes of Jon “Stewart” have no business even being in the United States. If Jews like “Stewart” really want to experiment with multicultural democracy, they can do so with their own shitty little sandbox in the Middle East. His kind is nothing but a cancer, a parasite and a misfortune to real Americans, and it’s long past time we excise this cancer accordingly. 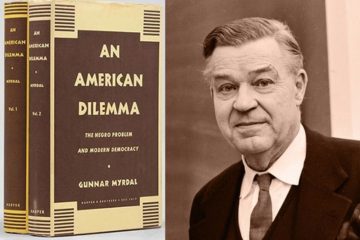 Inscription on the base of the Statue of Liberty written by Emma Lazarus, in 1883, welcoming economic migrants

“Give me your tired, your poor, your huddled masses yearning to breathe free, the wretched refuse of your teeming shore. Send these, the homeless, tempest-tossed to me, I lift my lamp beside the golden door!”

Deconstructing the Jewish agenda is critical to defeating it. Gentiles are mentally unable to fathom the depth of the Jews hatred of us. They want us destroyed. That which reveals that depth of hatred is well worth paying attention to as our survival, and that of our children, depends on finding an antidote to their poison.

“His kind is nothing but a cancer, a parasite and a misfortune to real Americans, and it’s long past time we excise this cancer accordingly.”

Indeed, amen brother. That last paragraph has resonated with me like few other writings have. That last paragraph really focuses what our problem in the USA is: the physical existence of non-Whites on this continent. They must be physically forced out. Leaving them here would be like leaving a venomous snake free to roam/hide in one’s house; you WILL get bit one day. Guaranteed.

Every problem in America (read: White Caucasian) can be largely if not totally repaired by changing the demographics back to all White.

A quick search on Wikipedia.

Somewhere at the bottom of this list, he is also referred to a comedian, but that part is obviously the joke.

And as an aside, one of headlines in my search came up with “Jon Stewart says Trump 2020 Campaign Strategy is all Fear-Mongering”.

As opposed to what the “democrats” have been doing continuously for the last five years.

The Cancerous Politics of Jon “Stewart”