A Form of Reality TV

THE REAL LIFE NEGRO is a little different from the one that appears on the talmudvision. Instead of being educated, successful and a highly desirable mating partner (hint, hint shiksas) their typical behavior is more reminiscent of idiotic and dangerous animals. It’s almost as if the traveling merchant presenting the kosher morality plays for mass gentile consumption hasn’t been entirely honest about the question of race. Fortunately, we live in an age of ubiquitous cameras and the footage captured is easily shared with a global audience. The result is the pathetic content of their character has become a sort of perverse sitcom on streaming video sites. We were told these monsters were our equals. It was all a lie.

At least 30 people were arrested after a flash mob of more than 100 teenagers wreaked havoc in Center City Philadelphia Monday evening.

Those crazy “teens,” at it again with their youthful exuberance and innocent little pranks. I don’t think you’re fooling anyone, dinosaur media. We can start being honest and calling these endless identical outbursts of “diversity” malfunction what they really are: Black pack attacks, Negro mob robs, big chimping, etc.

Police say the group gathered in the area of 15th and Market Streets around 5:30 p.m., and began fighting and running in and out of traffic with no regard for others.

This is the raw material for a democracy based on classical liberal principles. We will build a successful and high trust society around 70 I.Q. tar creatures that don’t care about their own safety, let alone that of anyone else. It’s just a matter of time before the appeasement, spending, groveling, delusion and general refusal to face up to racial reality somehow alchemizes these worthless genetic aliens into good little taxpayers. The Negro will get better tomorrow.

Police Commissioner Richard Ross says 20 people were cited for disorderly conduct, while a few others may face more serious charges after several people were violently attacked.

Great job, Detective Dipsh–. The magic Negro police commissioner rushes to protect us from its fellow garbage people. Brownie, you’re doing a heckuva job. I feel much better knowing a small percentage of the living fossils who were “randomly” attacking the weakest available victims will face slap-on-the-wrist “serious charges” from our “raciss” justice system. We can’t hold these Jew-unleashed morlocks to the same standard as even the most debased White. They are, after all, Negroes.

Deportation is the only sensible solution.

“They were actually beaten, maced and claim to have even been tased,” said Ross. “We know they were assaulted for sure. We had four people, we do not know if charges will be approved on those four. So we’re trying to wait to see, but the whole thing is just idiotic.”

The number of jungle monsters that might actually be punished for this outrageous pathology continues to shrink. Yup, maybe four of them will see the interior of a cell, maybe, but we just have to wait and see while carefully avoiding any Real Talk that might endanger my affirmative action sinecure.

The motive for the large crowd is unclear at this time. Commissioner Ross says police believe it was planned through social media.

Motive unknown, random incident, unlikely to ever happen again, nothing to see here, go back to your African Ball and kosher booze.

He went on to call the fights the worst he has seen.

You’re obviously fairly new to the unique depravities of the “African-American” if you think this represents their worst possible behavior.

It’s not fair to force Whites to share living space with this failed branch of humanity and pay in taxes, blood and eroding freedoms to support dangerous and moronic biological weapons that were brought here in Jewish chains.

Lots of Whites doing this too, that’s for sure, there’s no racial element here whatsoever. You can trust me, I’m from the Communist indoctrination center.

We’ll try reasoning with a waste-colored 70 I.Q. animal. That should work. “Don’t put the city on tilt, Barkevious, there’s a small chance you might get punished with three meals a day, cable television, a weight room, basketball and all the down-low sodomy you want.”

“It’s almost like a form of reality TV for these young people,” said the commissioner.

Barbarians, Savages, and the Perils of Civilization 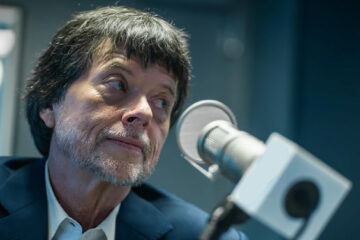 Something huge has just happened. A video gamer YouTuber named JonTron who has over 3 millions subscriptions on YouTube and a million twitter followers (@JonTronShow) has just tweeted a series of pro-White tweets against White genocide. This is incredible. He reaches 1,000s of times more people, especially YOUNG people, with a single tweet than David Duke could ever hope to. Even though he is half Persian, we must be grateful that he has noticed and has taken a stand for the plight of Whites, despite all of the abuse he is liable to get. White nationalists the world over need to be ON THE BALL when this sort of thing happens and tweet to him our overwhelming support/encouragement/and good arguments to add to his arsenal. With the growing racial awakening… Read more »

An apropos image for your consideration:<p><p> 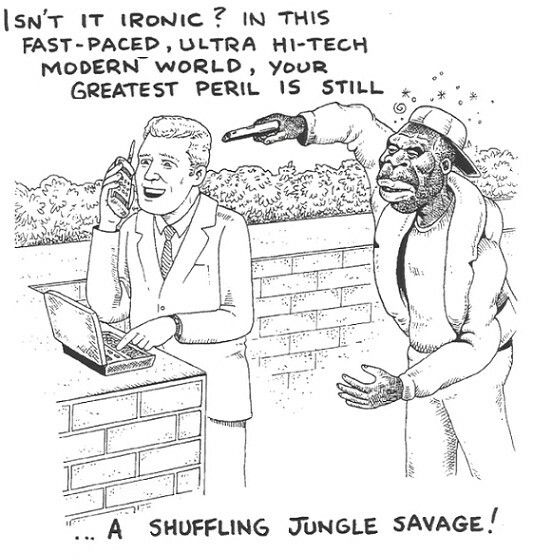 A Form of Reality TV