HAVING AN I.Q. number similar to the Fahrenheit temperature on a pleasant summer day is going to have massive societal consequences. This obvious statement has been largely ignored by courts, governments and do-gooders for the past fifty years, with disastrous consequences. Attempts to miracle the Negro into a low-quality White have failed, at a massive cost in shed blood, wasted money and eroded trust in institutions that became hopelessly corrupt in desperate attempts to protect the “We’re all equal!” Jewish deceit. And here we are, in Current Year. The dark alien we have is worse than ever, it’s all our fault, more needs to be done. What exactly that “more” is that will solve this eternal genetic problem remains elusive, but Trump’s plan of treating Negro areas like occupied foreign countries is probably the sanest we’re going to get as long as the obvious answer of their removal continues to be forbidden.

A Jackson County man was arrested Tuesday after accidentally shooting his fiancée.

I know, who cares, but trust me, the insight this story will give you into Negro pathology is nothing short of amazing.

According to the police report, Tyrell Staten was upset after his car broke down in Independence. Staten got out of the car and fired multiple shots at the silver Toyota Rav 4.

When the “whip” failed in its duties, it was time to “bust.” A jungle animal, surrounded by White inventions it can’t even understand, let alone replicate, was angered by engine trouble. Clearly, the answer is to open fire; it works on its fellow tar monsters, after all. This is the advanced planning and problem-solving skills of the “African-American.” This is a creature so moronic and dangerous we can’t safely live near it and we sure as hell can’t fix it by pretending it’s a sun-tanned White with an oddly shaped skull.

A witness told police that the suspect shot five or six times into the front of the car, near the engine.

The passenger of the car, Staten’s fiancée, was shot in the process.

If you learn only one thing from reading this, let it be “don’t sit in a car around negroes.”

The victim told police that they were shot accidently by the suspect. The victim says they believe Staten would not have shot them on purpose.

Staten told police that he meant to fire rounds into the ground in front of the car but the gun kept moving up towards the victim after each round was fired from the gun, according to the police report.

We can now confirm that the gun is, in fact, responsible for crime. It was moving on its own! I wonder if it was aided by the “dangerous street.” This has got to be the most convincing Dindu Nuffin excuse I’ve ever heard. The gun pulled me forward out of the alley and forced me to blast my fellow night terrors that were sitting on a porch! You’ve got to believe me! It was the gun!

Staten was charged with unlawful use of a weapon, domestic assault and armed criminal action. His bond is set at $150,000.

Leave it to the “racist” court system to blame an innocent good boy in the process of turning the life around for the actions of an inanimate object.

Black Male Rapes, Kills White Boy: Court Says He Is "Too Stupid to Be Executed"
Is There Intelligent Life on Earth? (part 4)
Chicago Negroes Express Hatred for Donald Trump by Kidnapping and Torturing White Man
Sweden: "We Must Take Our Country Back" -- New Group, National Future, Patrols the North Sea to Stop...
Jews Are Proud of Criminal Exploits, Using White Women
Is There Intelligent Life on Earth? (part 7)
The Only Way to a Better World
Italy Gets Enriched
Tags:CrimeIntelligenceNegroesViolence 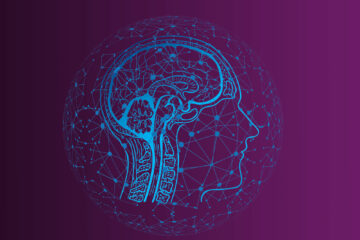 Are the Races Equally Intelligent?

Aw sheeet, da gun kept movin’ up. Maybe it was possessed by a ghost. Maybe that’s what the controlled media means by “ghost guns”.

“The Gun Kept Moving Up” – Ha… lol… funny It was just bad JuJu man… the gun and the vehicle too were possessed by evil spirits, probably because they were under a spell, or cursed by a Witch. When we finally understand that the Negro mind has nothing to do with reality and rational thought, but is inhabited solely by black magic and superstition and Voodoo and evil spirits, then we’ll understand that Homo erectus can not be allowed to co-exist with Homo sapiens. It has to be segregated and kept separate in its own territory, preferably somewhere in Africa. We don’t allow wild animals to roam free on the streets of civilized society, so why do we continue to treat feral Negroes as if they were human? Why do… Read more »

Just when you thought you had seen or heard everything.,..

He shot his vehicle for the same reason his fellow Orcs shoot each other—in this case the vehicle had disrespected him.

I do not address thuggish blacks’ animalistic behavior other than tweeting references to the MSM-ignored random acts of white genocide and terror listed on http://www.newnation.org and http://www.vnnforum.com/showthread.php?t=184841&page=201. There will always be an new act more violent or mindless to diminish any outrage you detail, whether it be torturing a mentally disabled man on Facebook Live, or whatnot. This state of affairs is something the gentile supporters of the civil rights laws of the 1960s would never dream possible, or consider tolerable. The jews’ contribution to this perfidious dynamic is to the extent that it has steadily, publicly supported the notion of cognitive equality between the races, in media and academia, without scientific support, and has bloc-voted overwhelmingly for civil equality, through reverse-discrimination if need be, through its elected representatives. Individually,… Read more »