Should “anti-cuckooism” be made a crime?

I WAS SEARCHING for a distraction when an esteemed person of my acquaintance peremptorily instructed me from her nearby study that I had to watch the Royal Society Croonian Lecture 2015 given by Professor Nicholas Davies FRS on “Cuckoos and their victims: An evolutionary arms race”.

Prof Davies lectures well. He understands that a general audience responds best to clear and uncluttered language, and he strives to explain rather than to impress or confuse: a noble but dying tradition. His findings are displayed in simple formats which require no explanation, and there is only one mention of the word “correlation” which is then given as “good” and without a tedious number. Proper statistics. Even better, he works within a well-demonstrated evolutionary framework, so he has a good theory to rely on, and can use experimentation to weigh up different explanations, and map out the battle between host and parasite in exquisite detail.

Seen from the viewpoint of the hosts upon whom the cuckoo predates, they are horrible, lethal parasites. With arriviste insouciance the fledgling cuckoos begins life by expertly throwing out of the nest the host chicks and the clutch of un-hatched eggs. It is born to be genocidal, and having usurped the nest is then fed to massive proportions by the deluded parents, their devotion like that of concentration camp prisoners slavishly handing food to their guards. One wants to shout to the deceived birds: “Look right in front of you: your blood line is dying out”.

Prof Davies shows each stage in the evolutionary arms race: female cuckoos are able to remove a host egg from an unguarded host nest, and lay their own egg in its place in 10 seconds, then fly away without a backward glance. Talk about absent mothers farming out their brood. Their eggs look like those of the host bird eggs, and thus are often accepted. Host birds have in turn evolved techniques to spot the imposter eggs, and older host mothers learn to look for signs of foreignness: egg size and colour differences, and are thus better at rejecting the invader DNA. Better still, host mothers have evolved to “sign” their eggs with individual signals of colouration in complicated designs, the better to recognise their very own eggs and thus detect the odd one out. Cuckoos in turn have evolved to fake those signatures, and lay their forgeries in all nests, accepting a high rate of loss in return for high rates of acceptance in the few nests where they happen to achieve a close match.

Davies shows that the optimal acceptance/rejection rate for host birds depends on the parasite infestation level, and can show that when birds are moved from cuckoo-infested West Africa to a cuckoo-free Caribbean island the need for egg “signing” diminishes over many generations, and dies out. In places where the move to cuckoo free areas is more recent, the drift towards more similar eggs is less advanced.

Of course, birds are very different from primates, so we should allow ourselves some monkey snootiness, but evolution applies to all species. Did you, like me, identify with the host birds, and hate the parasites? Davies, quite understandably, speaks of Cuckoos and their “victims” but these are very human interpretations. In the light of evolution the cuckoo is as opportunist as any organism should be, if they want to flourish. The cuckoo is the itinerant chancer, the picaresque swindler living off the stupidity of the locals, who deserve to die out for their misplaced altruism, ripe for the plucking. Cuckoos outwit the trusting locals, are better at deception, and keep ahead by recruiting them into acquiescing in their destruction, outbred to death. From an evolutionary point of view, they are fit, very fit, until the hosts learn how to retaliate.

Host birds mob intruding cuckoos, which can scare them off, and certainly raises a hue and cry which warns other local birds that there is an interloper on the genetic prowl.

At that point the cuckoos have evolved new strategies, making their plumage ape that of acceptable birds. And so it goes on, and endless battle in which, as Lucretius says (in De rarum natura):

Some nations increase, others diminish, and in a short space the generations of living creatures are changed and like runners pass on the torch of life.

U.S. Jews Demand Refugees — But Not in Israel 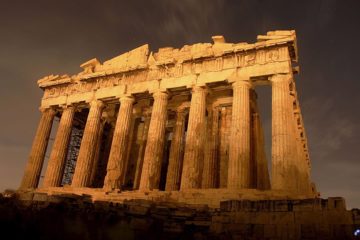 THE KOSHER PARASITE The “Jewish parasite” is a notion that dates back to the time of the Enlightenment. It is based on the idea that the Jews of the diaspora are incapable of forming their own states and would therefore parasitically attack and exploit states and peoples – which are biologically imagined as organisms or “peoples bodies”. The stereotype is often associated with the accusation of usury and the separation of “creative”, i.e. productive, and “raffling”, non-productive (financial) capital. The earliest evidence of the idea of a “Jewish parasite” can be found in the 18th century. Precursors could be found, as suspected by the German-Israeli historian Alexander Bein, in the medieval notion of the “usurious Jew” who would suck the blood out of the people and the ritual murder legend… Read more »