AS EVERYONE KNOWS, “Nazis” are lowly Aryans so wicked that they do not worship Yahweh’s Yammering Yids or appreciate the honor of being robbed and humiliated by those godly superhumans. They are also called “Fascists” and “Aunteye-Seemites” and many other things by the prostitutes who write in the Jews’ liepapers or jabber over the Jews’ hypnagogic picture-machines.

Most Western states have had organizations that wanted their nations to become independent in fact as well as name, but few of them attained such success that they could influence their nation’s destiny. In Italy, the Fascists rescued the kingdom from “democratic” corruption. In Germany, the National Socialists freed the nation from Jewish parasitism and by great heroism almost ensured the survival of our race. In Spain, the Falange prepared the victory of General Franco and civilized Spaniards. And in Romania, the Iron Guard defended White men against their predators and for a time almost had their irresponsible and venal king under control.

The Romanian organization differed fundamentally from the other three.

Mussolini effected what diplomats call a modus vivendi with the Vatican, but his eyes were on the nobler civilization of ancient Rome before it was corrupted by Oriental superstitions and destroyed by mongrelization. In Germany, Hitler gave a generous tolerance to the Christian sects and did not offend them — for which their leaders showed their appreciation by conspiring against him — but his movement represented the noble ethos of the Nordics before they were poisoned by an alien religion. Although the Falange delivered the Church in Spain from the horrors of Communist rule, its members were, for the most part, atheists and agnostics with a few deists of one kind or another. But Codreanu’s Iron Guard was specifically Christian in its basic premises and organization, and, indeed, could accept no recruits, or ally itself with leaders, who were not Christian.

There is a significant corollary. As Warren B. Heath [Actually, RPO writing under a pseudonym. — KAS] pointed out in his introduction to D. Bacu’s Anti-Humans, (1) the religious difference prevented cooperation between the Iron Guard and Professor A. C. Cuza’s Christian Defense League, although both had the same primary objective, the liberation of Romania from domination and exploitation by its voracious and insatiable parasites. In the name of Cuza’s organization, ‘Christian’ was probably used ambiguously to mean ‘non-Jewish.’ The organization’s leaders and publications were rationalistic. According to Heath, “Professor Cuza’s creed was the elegant scepticism of Renan. Professor Iorga’s historical works treat Christianity with cold objectivity. And Octavian Goga…seems to have held at heart a view of Christianity similar to that set forth in Nietzsche’s famous Genealogy of Morals.”

(1. The Anti-Humans is a study of an experiment in dehumanization carried out in a prison on members of the Iron Guard who remained in Romania after the capture and occupation of that country by the Soviet division of the great Judaeo-Communist engine of destruction. It is a painful but highly instructive story of the ferocious sadism of individuals who might lead ordinary lives in a civilized and stable society, but who, probably because they have innate criminal tendencies, are dehumanized by their Jewish mentors and become eager to torture and dehumanize decent individuals by applying, under direction, Pavlovian techniques. Translated from the Romanian of D. Bacu, the book was first published in 1971.)

The Christian Defense League enlisted a considerable number of well-educated men, probably the élite of Romania’s limited class of intellectuals (I use that word in its correct meaning, not as American jabberwockies arrogate it to themselves). But I believe that all who have studied closely the history of Romania between 1923 and 1945 agree that the Christian Defense League never had the slightest chance of attaining such political power that it could sensibly influence the destiny of Romania. Codreanu, with a specifically Christian organization that also called itself the Legion of St. Michael the Archangel and meant it, almost attained in Romania the position held by Mussolini in Italy and by Hitler in Germany. It can be reasonably argued that he would have succeeded, had he not had to face an obstacle they did not have to surmount, a stupid and venal king.

The Iron Guard and the career of Corneliu Zelea Codreanu deserve the closest study by all who are interested in the dynamics of politics. They will bear in mind, of course, that Romania differed profoundly in culture and population from the United States, and was not so far gone down the road to perdition. They will also try to measure the force of what is now called charisma, the effect of a leader’s character and personality, as distinct from his policies and programs.

The force of Codreanu’s charisma is shown by the devotion he inspired. Time has not withered it. Forty-five years and more after he was murdered, forty years after their country was seized by the Soviet arm of the Judaeo-Communists who triumphed in 1945, the loyal survivors of the Iron Guard are working to ensure the preservation of the historical record by having the essential documents translated into the major languages of Europe.

Codreanu’s own candid account of his career has been translated into French, German, Italian, and Spanish. (2) The English translation, For My Legionaries, was published in 1976 by Editura “Libertatea” in Madrid.

(2. The French and Spanish versions were distributed by Liberty Bell Publications.)

This was followed in what is to be a series by The Nest Leader’s Manual (Madrid, 1987). Organizations for political action designate their local units as cells, chapters, priories, commanderies, etc. Codreanu selected for the primary units of the Legion the term ‘nest,’ regarding it as a school from which would come disciplined and resolute young men, prepared to fight to liberate their country from the alien parasites who were devouring it. He was doubtless influenced by the French use of nid in much the same sense.

This edition, published by Editura “Libertatea,” is the only authorized edition in English. I am asked to make it clear that a truncated and mutilated printing of this translation in England with the title Legion was unauthorized and is in many places incorrect and misleading.

The book opens with a long introduction by C. Papanace, who quotes and appraises European opinion of the Legionary movement in Romania, noting its difference from comparable movements elsewhere, and finally describes the murder of Codreanu and thirteen of his closest associates by the Romanian police on the orders of the infamous King Carol, transmitted by his Prime Minister.

The author emphasizes one instructive detail, which will astonish only naive readers. Although Codreanu’s Iron Guard was informed by “a Christian religiosity which reached mysticism,” the Prime Minister who plotted the murders and, with Carol’s consent, seized Codreanu and his comrades, taking them by surprise on Palm Sunday, imprisoned them under conditions that amounted to torture, and finally ordered the Police to kill them by the Jewish rite of strangulation, was Miron Cristea, the Patriarch of the Orthodox Church in Romania, the supreme ruler of that Church and the most venerated and presumably holiest of the holy men in the country. No man can rise very high in the Jesus-business if he is not immune to religiosity.

After the murders, bullets were fired through the corpses to lend some verisemblance to the official story that the victims had been shot while trying to escape. Mr. Papanace quotes the confession of the commander of the Police (Gendarmes) who superintended the murders. (The confession of one of the gendarmes is quoted in an appendix to For My Legionaries.) Political activists should note that although the Police were reluctant to commit the crime, they obeyed orders. That will be the attitude of police everywhere.

The Manual is Codreanu’s instructions and directives to the leaders of each local unit of his organization. The reader will note the insistence on Christian faith and the efficacy of prayer; on the discipline of plain living without self-indulgence, amounting to what some would call asceticism; and the constant emphasis on a spiritual rebirth of the nation through the example set by the Legionaries’ integrity and devotion. The leaders of all patriotic endeavors, however, will be most of all impressed by Codreanu’s eminently practical judgement in arranging all the details of organization, even the most minute, and they will admire the prudence of his measures to avert internal dissension, the harm that may be caused by dunderheaded sympathizers, and penetration by agents of the enemy. And Americans with experience in the harassing business of trying to form and maintain a cadre of loyal followers, will wonder where they are to look in this country for recruits of the moral caliber of the Iron Guard. 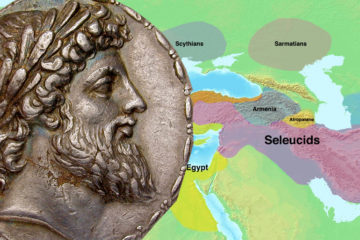 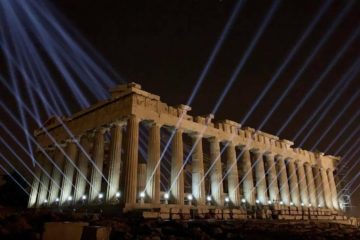 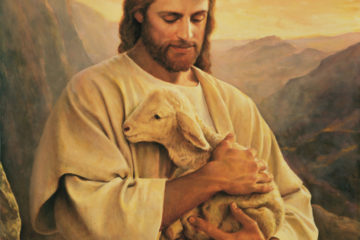 Romania produced glorious patriots in that era, often competing with each other in their passion to lead their country to freedom of communists and jews. The wiki is highly detailed and authored with the Jewish Question in mind:
https://en.wikipedia.org/wiki/Corneliu_Zelea_Codreanu