JUST 34,000 migrants out of the 1.2million who have arrived in Germany in the past two years have managed to find a job, new figures have revealed.

The statistics from the German government’s Institute for Labour Research (IAB) reveal how only three per cent of those who travelled to the country are now working.

And in addition out of those who are employed, nearly a quarter are just on temporary contracts, with the numbers applying to migrants mostly from Syria, Iraq, Afghanistan and Eritrea.

Joachim Möller, director of the IAB, said: ‘If we manage to get 50 percent of them into work which pays for their lives in five years, that’d certainly be a success.

‘But it would be an illusion to believe that we will manage to find jobs for a decent proportion of refugees in well-paid industry jobs like car manufacturing.

This means the bill of feeding, housing and caring for the migrants will continue to soar into the billions and fall upon the German taxpayer.

One bright side is that the crisis has created an estimated 60,000 jobs for Germans in social work, teaching and in security for the numerous asylum centres around the country.

And Mr Möller believes that the full impact of the refugee influx will only be properly gauged in five or six years time.

‘It probably won’t lead to us making money, but diversity can have positive effects,’ he added.

The Kiel Institute for the World Economy published last week, suggested that by the end of 2018, more refugees will be employed than out of work.

The figures come after it was revealed in August that some asylum seekers were said to be refusing work and instead insisting they are ‘guests of Angela Merkel’.

They have declined voluntary jobs offered to them since arriving in the country and used the hospitality of the German Chancellor as an excuse, a town mayor said.

Bernd Pohlers said asylum seekers in the eastern town of Waldenburg, Saxony, were refusing to take on work as a way of counteracting their boredom.

Mayor Pohlers said: ‘It was subsequently argued by these people that they are guests of Mrs Merkel and guests do not have to work.

‘Furthermore, they were of the opinion that there is a minimum wage (€8.50) in Germany, and that this had to be paid by the City Waldenburg.’

Minnesota: This is the Degradation and Horror of Multiracial America 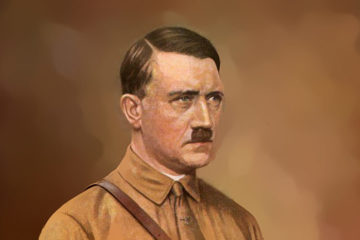 The German Transfer Agreements of 1939

Just a quote:
“One bright side is that the crisis has created an estimated 60,000 jobs for Germans in social work, teaching and in security for the numerous asylum centres around the country.”
Why not set fire to buildings to create work for builders?