THE CHYRON on ABC’s This Week Sunday asked, “Will Rand Paul Take On Trump Admin?”

When it comes to John Bolton, yes, he will.

“I think John Bolton is so far out of it, and has such a naïve understanding of the world, if he were to be the assistant or the undersecretary for Tillerson, I’m an automatic ‘No’ on Bolton,” Sen. Rand Paul said of President-elect Donald Trump’s reported choice for Deputy Secretary of State.

“He should get nowhere close to the State Department, if anybody with a sane worldview is in charge,” Paul continued.

The senator, a member of the Senate Foreign Relations Committee, said he will reserve judgment on President-elect Donald Trump’s choice of Exxon CEO Rex Tillerson for Secretary of State.

Paul’s scathing critique of Bolton, a former U.S. Ambassador to the United Nations, continued, “John Bolton doesn’t get it. He still believes in regime change. He’s still a big cheerleader for the Iraq War. He’s promoted a nuclear attack by Israel on Iran. He wants to do regime change in Iran.”

“I also think regime change in Syria is a bad idea,” Paul continued. “And that’s an ongoing question. It’s one of the things I like about Donald Trump. One of the reasons I endorsed him is he thinks regime change is a mistake.”

“But John Bolton thinks completely the opposite. They are diametric opposites,” Paul said.

Sen. Paul also said Sunday that while there should be an investigation to determine if Russia had any hand in the 2016 election, it wasn’t a foreign entity that helped Trump win. The senator also said he would not vote for any budget, even a Republican one, that doesn’t balance.

I am a no on John Bolton for ANY position in the State Departement and will work to defeat his nomination to any post.

The Kentucky senator first announced his opposition to Bolton in an op-ed at Rare in November, saying, “Bolton is a longtime member of the failed Washington elite that Trump vowed to oppose, hell-bent on repeating virtually every foreign policy mistake the U.S. has made in the last 15 years — particularly those Trump promised to avoid as president.”

“None of this is secret. It’s all out there. Perhaps the incoming administration should take a closer look,” Paul wrote.

“So I’ll do anything to try to prevent John Bolton from getting any position, because I think his worldview is naïve,” Paul said Sunday.

“That’s not the way it works in the Middle East,” the senator added.

The Fake News of the Week 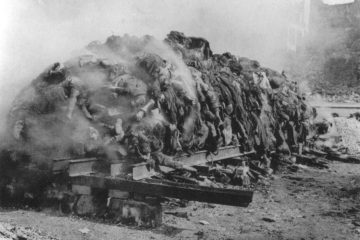 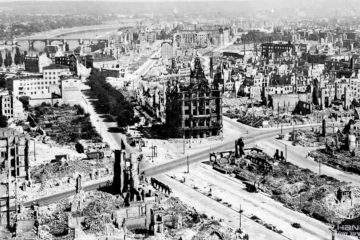 Trump said no to Bolton. Just like he said no to Romney. He is playing a balancing act on getting his foot in the door were he will have real power to change things. I am afraid the best you can hope for with Trump at present is civic nationalism. He is not JQ-wise, or refuses to recognized the danger. Trump was able to win because the Overton Window was pushed further open on the border and immigration invasion issue. Pushing far enough so that people like Richard Spencer can be elected to office will be the next step. If this happens within the next 4-8 years then we can solidify political power and use it to actually reverse the demographics in the country. If not, then we will have… Read more »