SOME PEOPLE are direct and say what they mean. Others find ways to be odious while remaining formally gentle and polite.

Listen to this ten-minute clip of George Lincoln Rockwell’s 9 May 1965 appearance on Michael Jackson’s talk show on KNX Los Angeles.

There is a clash of world views evident in the give-and-take. Although Rockwell identifies himself as White and Christian, his views are clearly influenced by Darwinism. He rejects the term “human being” as an absolute category but rather sees man as part of nature with some types of man being less human than others. Instead of divinely ordained categories, Rockwell sees a natural continuum: “I say there’s no sharp line.”

The objections that Jackson and some callers raise to Rockwell’s racial views are all ultimately rooted in the Bible. One caller asks how Rockwell feels that he is to credit for having been born White: the assumption is that he could have been born some other way, which presumes that soul and body are independent, a kind of ghost-in-the-machine relationship. Jackson’s rhetorical exploitation of the category “human being” is also based on an implicit creationism, although arch-liberal Jackson surely is not consciously creationist.

Jackson seems to be sufficiently clever that he probably understands that his rhetoric is specious, for example when he asserts that Karl Marx was not a Jew simply because he did not practice the Jewish religion. Jackson was surely not so ignorant as to be unaware of secular Jews.

Jackson probably also understands very well that the 65% of California voters who supported Proposition 14 (1963), which nullified the Rumford Fair Housing Act, were racially motivated. They did not want to be required to rent and sell property to Blacks. Jackson pretends to accept at face-value the constitutionalist rhetoric used to argue for the Proposition so that he can avoid admitting that many Californians share Rockwell’s preference for not associating with Blacks.

Michael Jackson’s lack of concern for reality is so complete that he advocates trying to make Blacks equal to Whites even if Blacks are inherently inferior, taking no account of the burden and deprivation to White people that such an effort entails. Only a White man so privileged that he does not have to deal with the consequences of what he advocates, and so self-serving that he lacks any sense of responsibility to less wealthy members of his own race, could take such a position.

Leftist-dominated Wikipedia says that Jackson “was never accused of being rude,” but you can hear Rockwell accusing Jackson precisely of being rude when he says, “Maybe I ought to do that; maybe I ought to cut you out more,” referring to Jackson’s hanging up on a caller.

Maybe it’s only a coincidence that this happened in September of the same year.

The whole station was in effect cut off when its tower’s guywires were cut by a pair of mischief-makers (spotted running from the scene) and the station was forced to operate on a makeshift, long-wire antenna at drastically reduced power for the following year, losing who knows how much advertising revenue, in addition to the costs of erecting a new tower.

While I do not believe that Rockwell would have ordered such a deed, I would not be even slightly surprised if a couple of his adherents, annoyed with Jackson’s outrageous (especially for 1965) advocacy of racial equality, undertook it of their own accord. The perpetrators were never caught.

By Their Fruits Ye Shall Know Them
Russell Maguire, The American Mercury, and Racially-Conscious Conservatism
Varieties of White Religious Experience
The Battle of Armageddon and Other Hallucinations
Why Europeans Must Reject Christianity: Part II
The Millstone About His Neck
How I Became Jew-Conscious
Connecticut: Jews, Christians are Main Facilitators of Non-White Invasion
Tags:ChristiansGeorge Lincoln RockwellRacial equalityRadio 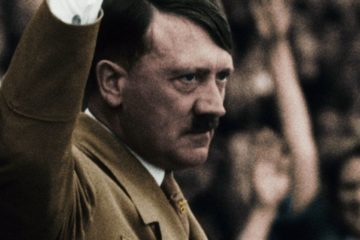 We Need Another Adolf Hitler