WE’RE IN A WAR against the dark biological weapons aimed at our race, but also against spiritual wickedness in high places. As long as Whites remain debased in Jew-promoted evils, as long as we sit in false churches preaching the Kosher gospel of cultural Marxism, there will be no salvation for us as a people and every victory will be ultimately meaningless. If we must become the enemy to win, there is no point in winning. In Sweden the sad remnants of faith and a belief in something more important than feeding the belly and genitals are now being completely annihilated as the new “sheep” consist of “women and children” fleeing “war” and, big surprise, they’re not exactly eager to cooperate with White European traditions that are completely alien to their stone cube death cult.

Suicide is a sin, not a virtue.

Doing the right thing gone wrong. I hugged the poisonous snake and talked about “love” but it bit me anyway. Sand sewage runs wild in the feckless Western church. The made-up and satanic Eleventh Commandment “Thou shalt not judge” exacts a heavy toll on a dying nation.

Concerned locals have even reported concern over attempts to kidnap children during baptism.

You really have to wonder if there actually is a point where a modern Swede will decide that enough is enough. So far, we haven’t reached it. Moe-ham-head pedophile sexual emergencies during baptism ceremonies are a small price to pay to avoid being called names by a Jewish enemy that wants you dead and to reserve your place in eternal torment for refusing to resist the demonic evil.

Police yesterday gave the go-ahead to the church to have Security guards at all future services, weddings and christenings. Staff have also received training on how to deal with threats and violence and sessions on conflict management are in the works, the Kristianstadsbladet reported.

Holy Trinity administrative manager Bengt Alvland told the newspaper that people have repeatedly tried to steal silver, and staff are having to keep the organ locked to prevent them from climbing on top of it to disturb worshipers.

It’s almost like importing millions of hostile third world perverts that follow a violent false religion was a bad idea, but on the other hand muh sanctimony.

Vibrant and enriching diversity. Boring old Whites never try to abduct children inside of a church or self-pollute in the pews, we need this if Europe is going to survive.

“[A man] was pulling on his penis. He did not stop, even when a female police officer told him to”, Alvland said, adding: “There are no limits or inhibitions for these people. It makes the staff feel very concerned”.

Yeah, it’s quite a concern. Shall we put you down for another million next year?

He revealed that the people whose behaviour is proving so disruptive are not the town’s “old homeless”, but are instead a “new clientele”.

This is code word for something, but I just can’t figure it out. It certainly isn’t the fighting age enemygrants and rapefugees flooding in, that’s for sure.

After numerous comments on the story were posted on Kristianstadsbladet’s Facebook page, many of which connected the disturbances with mass migration to the city, the Swedish church issued a statement insisting that it’s “Swedish men aged 35-45 with drug problems” who are causing the trouble.

I knew it! Those darn native Swedes and their drug problems!

Stein Flom Jacobsen questioned this, writing on Facebook: “I see that these persons will be described as ‘Swedish men……’ what does that mean that they’re Swedish citizens, or that they are so-called ‘ethnic Swedes’?

Whoa, what kind of crazy talk is this? Everyone knows that any human garbage that washes up on your shores immediately becomes Swedish, because dirt is magical.

The Lost Ancient Patrimony of the White Race
The Anthem of the Nordic Resistance
Values, Churches, and Constitutions
Profile of a Jew Piece-of-Filth: On the New York Times' "Conservative" David Brooks
A Pauper's Death
A Brief History of the Evil God
Left-wing Woman in Germany Raped by Migrants; Lies to Police About Attackers' Race Because She Did N...
Coalition of the Fringes: Diversity, Feminism, and the Rape of the White Race
Tags:ChristianityDiversityNon-White InvasionRaceSwedenWhite CucksWhite People

They Do It Again and Again

The whole criminal essence of Marxist doctrine lies precisely in its economic and political side. It is this side that repels everything that is intelligent about Marxism.

ON THE MENTAL DIFFERENCES BETWEEN THE RACES

It was at the beginning of the 19th century that the height of the reformer’s ideas emerged, which changed all the principles of European education. Johann Friedrich Herbart (1776-1841) is considered the founder of modern scientific pedagogy; moreover, it is customary to associate with its name the emergence of a discipline such as ethnic psychology and the first psychophysiological doctrine of the will. According to the proper definition of contemporaries, he was the first to create an “anatomy of the soul”.

Herbart’s teachings contain an understanding of the world based on the struggle for “soul self-preservation”. Biological beings enter the fight, as a result of the effort directed at their self-preservation (Selbsterhaltung). This instinct for self-preservation is then incorporated into each living organism in representation (Vorstellung).

In his book Psychology as Worldview (1825), Johann Friedrich Herbart states: “Thinking about ourselves creates a dreamer; preoccupation with what happens outside can heal the dreamer. ”Thus, in his doctrine of the human will, an objective idea is presented. Herbart introduces the concept of “mental organism”, by which he understands a person capable of perfect moral self-control; it is a kind of elementary preparation on the road to becoming a future leader. “Willing (Wollen) is a wish (Wunsch) with the assumption of achieving the desired.

There is nothing more obvious than the fact that a passionate person is a slave. His inability to pay attention to the basics of profit and debt, his death due to their own sin – they are obvious. On the other hand, a rational person who turns away from his desires, as long as they contradict what is well thought out, in justice is called free; and he is even more free, more powerful in that respect “. The leader, therefore, is the freest man who has achieved maximum freedom, overcoming his desires based on a clear idea and controlled will. The leader is distinguished by a combination of rare qualities such as the ability to feel, the ability to represent and the ability to desire (Begehren), all hierarchically interconnected.

The fight sharpens the instinct, which creates a clear idea and, based on the will, the desired success in the fight is achieved. Ordinary people, according to Herbart, often suffer from “darkening of ideas”, which is not the case with extraordinary people endowed with will, clarity of sensation and knowing clearly what they want. “It often happens that, after deliberation, a decision begins to take shape, the desire increases, resisting that decision.

So the person doesn’t know what he wants; he finds himself between two forces. In this self-examination, he contrasts reason and desire as if they were external advisers, and himself – by a third person who listened to both and then decided. He considers himself free to decide what he wants. But the mind that he obeys and the desire that irritates and seduces him, are not really outside him, but in him, and he himself is not the third with the two, but his own spiritual life resides in these two and acts. If, finally, he makes a choice, then that choice is nothing more than the combined action of the aforementioned mind and desire, freely positioned among which he imagined himself.

It was a reliable means of victory in the struggle that Herbert had the idea of ​​creating an exact science of psychology; in this context, he developed Leibniz’s thesis: “Vague thoughts indicate only the imperfection of those who are experiencing them”. Herbart’s pedagogy is the education of the will, the education of desire and the education of feelings. One without the other does not give the desired success, as the sensations provide food for ideas, and the mechanism of the will must have a purpose.

In the work “On the possibility and necessity of applying mathematics in psychology” (1822), the professor wrote: “Any theory that wants to be consistent with the experience must first be continued until it accepts quantitative definitions that are in the experiment or the lie in its foundation “. Therefore, mathematics is necessary in psychology only to obtain an accurate representation. In another book,” Psychology as a science based on experience, metaphysics and mathematics “(1824), he emphasized:

“What is the use of exploring stars without knowing your own heart?”

It is recommended for students and professors of philosophical colleges, students of military academies, command staff of the armed forces, heads of power structures, as well as officers of all levels. “

Every Aryan, as you know, lives a deep desire for greater social justice. https://nationalvanguard.org/2020/05/for-discriminating-thinkers/#comment-33238

“We eliminate the white race together with its too high and thus for us dangerous intelligence by multicultural societies” Henry Kissinger    MISCEGENATION AS A GENERATOR OF THE DECLINATION OF OUR PEOPLES https://sangreyhonor88.blogspot.com/2016/01/el-mestizaje-como-generador-de-la.html Spiritual architecture It was at the beginning of the 19th century that the height of the reformer’s ideas emerged, which changed all the principles of European education. Johann Friedrich Herbart (1776-1841) is considered the founder of modern scientific pedagogy; moreover, it is customary to associate with its name the emergence of a discipline such as ethnic psychology and the first psychophysiological doctrine of the will. According to the proper definition of contemporaries, he was the first to create an “anatomy of the soul”. Herbart’s teachings contain an understanding of the world based on the struggle for “soul… Read more »

The media satirizes white fraternity, while Jewish racism is allowed: the paradox of Zionism https://nationalvanguard.org/2015/03/media-lampooning-of-white-fraternity-while-jewish-racism-is-allowed-the-paradox-of-zionism/ 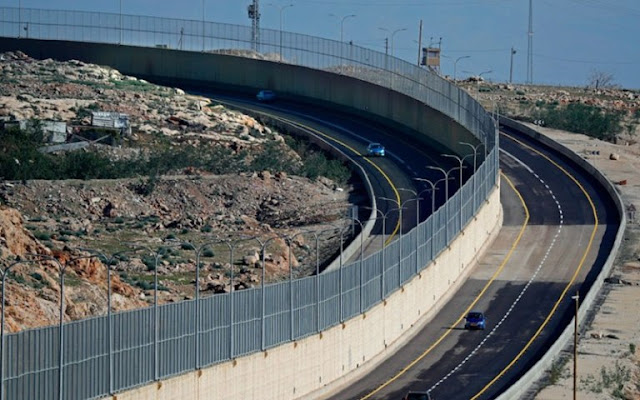 Caucasians would do well to study
the ethno-state of Israel. If it works
well for them, then likewise it should
work well for us. If the albatross of
Christianity is removed from our
collective necks, then there is no
stopping the reaching of our potential –
as descried by our intellectual giants –
both in the past, today, and in the
future. Give the White masses a
realistic ideal, then they will
automatically gravitate to that ideal.