Jacques de Mahieu, born in Marseilles in 1908, served in a French artillery detachment during World War II. After the war, to avoid persecution for his nationalistic views, he left France for Argentina, where he taught social science and founded the Institute for Human Science. Most of his later years were devoted to investigating the possibility that Vikings were the founding fathers of prehistoric South American kingdoms. He has written several books on this subject, one of which, Drakkars sur L’Amazone, has been published by Editions Copernic, 11 rue Sainte-Felicite, 75015 Paris, France.

WHEN EUROPEANS landed on the American continent some 500 years ago, they were greatly surprised to come across White Indians. There were countless witnesses to these events — conquistadors, sailors, explorers, voyagers and, more recently, engineers of Brazil’s highway department working on the trans-Amazonian freeway. They all reported their astonishment that from Alaska to Tierra del Fuego, in areas where in historical times there could have been no mixture with Whites, men with White skin, often with blond hair and blue eyes, lived in the midst of tribes of Mongolian origin.

It follows that pre-Columbian America contained people belonging to the White race. The natives had no doubt about this. The chroniclers at the time of the Conquest (Spaniards, mestizos and hispanicized Indians) have described indigenous traditions centered upon culture-bearing White gods. These gods are supposed to have come across the sea from the east and later gone back, not without first announcing that they would one day return. Such tales are not the products of wild fantasy. In 1925 the archaeologists Tello and Lothrop discovered in pre-Incan caves in Peru’s Paracas peninsula approximately 700 mummies, many of which displayed blond hair and similar Nordic racial traits.

Who Were the White Gods?

In regard to North America, the riddle of the origin of the White gods is easy to solve, at least theoretically. From the beginning of the 11th to the 14th century, Norway had important settlements in Vinland, which included part of New England. As the Sagas also tell us, the Irish supported flourishing colonies further east and south in Huitramannaland (land of the White men). But in Middle and South America? Even the most fantastic hypotheses have not been lacking. It has been claimed that traces of Phoenicians, Hebrews, Greeks, Romans, Cretans, Egyptians and even Cro-Magnons have been found in Mexico, Peru and Brazil. Nothing much has ever been proved by these various theories, but nothing should be excluded. It seems the whole world was searching for a continent before the time of Columbus, a continent which at least since the beginning of recorded history was fully known, as many European maps confirm. To be more precise, we do have an exact date for the landing of Whites in Panuco, Mexico. It was A.D. 967. This was the year, inscribed in the stone of Chichen-Itza, of the arrival of Quetzalcoatl, the culture hero of Mexico’s prehistory. What Nordic people had ocean-going ships in that era? The answer furnishes us with a useful working hypothesis.

A study of books which consumed twenty years of our time before we published a single line gave us a solid foundation for our intensive research. The traditions of the natives have handed down four names of the most important culture bearers and all four are of Scandinavian origin: Ullman (the man Ull, god of the hunt in German mythology), in Mexico named Quetzalcoatl; Naymlap in Ecuador (Indian perversion of Heimlap, a “piece of the fatherland” in Norse, the ancient Danish-Norwegian speech); Votan or Wotan in the tongue of the Mayas and Chiumes; Huiracocha (the Quichuas pronounce this Huir’ kosch) in Peru (from the Norse huitr, White, and goth, god)…

In 1840 Abbot Brasseur de Bourbourg stated some 300 words of the Quiche-Maya language had been derived from Danish, German, Anglo-Saxon, Gaelic and Latin roots. In 1870 Vincente Fidel Lopez found in the Quichua language more than 1,000 Indo-European root words which had obvious Germanic or Latin forms. For our part we maintain that all the personal titles of the Inca kingdom were Nordic: ayar, as the four founders of the empire were named, came from jarl, the war leader; inca (or inga as the chroniclers described it) from ing, one of the Nordic suffixes for family origin; auki, the title borne by the sons of the Incas until their marriage, deriving from auki, offspring; kapak, title of the emperor, from kappi, brave man, hero, conqueror, knight; scyri, title of the kings of Quito (Ecuador), from the comparative of skirri, sky, shining, bright, pure. As for the mythology of the Mexicans and Peruvians, it appears to be a poor copy of Scandinavian. Moreover, how shall we doubt the Nordic origin of the sauna, the use of which was very common in both the Yucatan and Anahuac?

On the basis of the Spanish chronicles, we were able to establish in the course of our research that it was Vikings from Schleswig who civilized Mexico and later, at the beginning of the 11th century, founded the state of Tiahuanacu, which stretches from present-day Colombia (where the highland of Bogota is still called Cundimanarca, a slight transformation of Kondanemarka, the royal Danish mark) south to Valparaiso in Chile. About 1290 the Scandinavians were attacked and beaten by tribes of Araukaner Indians near Coquimbo. Some of the survivors managed to make it to the sea in rafts and eventually reached the Pacific islands. Others withdrew to the mountains of Apurimac, where ten years later under the command of Manko Kapak (man kon, the kingly man, in Norse), marched on Cuzco and founded there the state of the Incas, that is, the state of the “descendants.” Others fled back into the tropical forests near the equator east of the Andes. In Paraguay, the presence of White Indians has been known since the Spanish conquest. These “Indians” preferred to burn their settlements in 1628 and become nomads rather than accept the conditions of semi-slavery offered them by the Jesuit missionaries. A few hundred of them still live in the Caaguazu and Amambay mountains. They are the Guayaki, a word in the Quichua language which means “the Whites of the plain.”

We were able to carry out a series of anthropological investigations of some of the Guayakis, thanks to the cooperation of the Paraguayan military forces. The results left no doubt. We found a degenerate population of Aryans of Nordic race mixed with local Guarani Indians, all of them illiterate, who drew “tribal symbols” for us which had the appearance of runes. At their direction and with a little luck we managed to excavate in a long-abandoned village an urn full of ceramic fragments ornamented with runes and Nordic symbols. Now we had tangible proof. Some of the designs resembled parts of the Scandinavian wall tapestry of Overhogald with its llamas. A depiction of a monk of Tiahuanacu reminded us, apart from its style, of the apostle in the Amiens Cathedral. There were also similarities to the map of Martin Waldseemuller, which in 1509, before Balboa had reached the Pacific coast of America, accurately sketched the outline of South America.

Later our discoveries multiplied. On a trail leading from Tiahuanacu to the Atlantic we found a Viking station in the neighborhood of Villarica, Paraguay, that contained an amazing Odin portrait, a tree of life, a world snake and various clearly legible runic inscriptions. On one we read dothhof om vrith rimi (cemetery by the storm-swept mountains). Next we discovered in the north of eastern Paraguay open rock caves, whose walls were covered with many half-faded runic inscriptions of different time periods. Our runologist, Hermann Munk, translated sixty-one of them. Here is a sample: uik uina klok luth thi … ate kle auf (war has come to Klok, praise to you … Father on high). On the peak of Itaguambype (Mason mountain) in the same locality, we found ruins of a fortified place, which measured 300 meters on its longest side, and boasted a stonewall 10 meters high and 3 meters thick. Some 160 km southwest, we came upon the walls of an important pre-Columbian settlement near the village of Tacuati In a ruined temple of 29 by 10 meters we found two runic inscriptions and a drawing of Odin on horseback. Not far from the village a small stream cascaded over a stone which bore the visible inscription, toth log (peaceful brook).

In the Brazilian state of Piaui, we explored the Seven Cities, a place with statues of human figures of European appearance and many runic inscriptions. One of the latter contained the words skea akma an matsis (“the intelligent bearded men in their residence on the plain”). To the south of Rio de Janeiro Hermann Munk deciphered an already known but still unriddled inscription in the Nordic helmet of a large figure of Aryan appearance. En hinli fill eikthils sithil esk kius means “near this rock are many oak planks for ships on the beaches of coarse sand.” Rio at that time must have been a stronghold where Viking ships put in for necessary repairs on their voyages between the ports of the Amazon and the island of Santa Catarina.

It should be pointed out that the deciphered and translated inscriptions were rarely in the classical Norse. Most were a mixture of Norse and Old Low German, especially the German typical of Schleswig in the Middle Ages.

In this article we have only been able to offer a few proofs of the presence of Vikings in pre-Columbian South America. But they leave little room for skepticism. Between 1305 and 1457, the years our inscriptions are dated, there were men in present-day Brazil and Paraguay who spoke a Schleswig dialect and wrote in runic signs. Unfortunately, it is not possible in this space to condense the contents of my five books on this subject. As we said, we have only been able to provide a few specific examples of our discoveries. It has taken thirty years of research to progress from a working hypothesis to a theory and finally to a thesis. Today the Viking kingdom of Tiahuanacu is history.

The above article, originally in French, was translated from the German rendition in Nation Europa, a conservative West German monthly.

The Solar Stones of the Goths
World War 2: Battling the People of the Lie, part 4
Zika Infection Transmitted by Sex Reported in Texas
José Antonio and the Spanish Falange
Neuron Bombs: The Holocaust and Other Atrocity Stories
Sutter Lang: Defeating the Hypnotists
Liars Lying About Lies
Wagner, the Jews, and Classical Music
Tags:European historyEuropean prehistoryEuropeansInstaurationSouth AmericaVikings

Unspeakable Monsters and Giving Thanks the Right Way 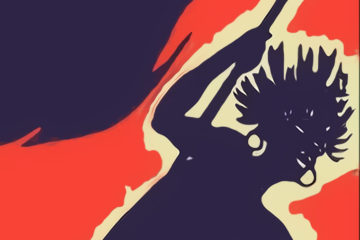 The Law of the Blood, part 1

This article its wrong about Tiwanaku. It’s located in BOLIVIA. Before the aymaras, before the incas. Just Bolivia. In the Altiplano. This is missleading.

Agree with previous comment. Misleading article, which demeans the achievement of the people who built Tiahuanaco. These people were the Aymara Indians, or at least their ancient ancestors. Yes, curiously their great God Viracocha (Wiraqoca) is depicted as a white-skinned man, with a beard. Viracocha is a Quechua word meaning “The Foam of the Sea”. The name Manco Capac, the first Inca Emperor, just translates as Manco the Great. Sorry, but this article seems to owe a great deal to Erich Von Daniken, and his work The Chariots of the Gods. That is to say, that it is nonsense. It insults the achievements of the Aymara people who built Tiwanaku (Aymara spelling), the first true civilisation on the American continent. I would have thought that National Vanguard would be more… Read more » 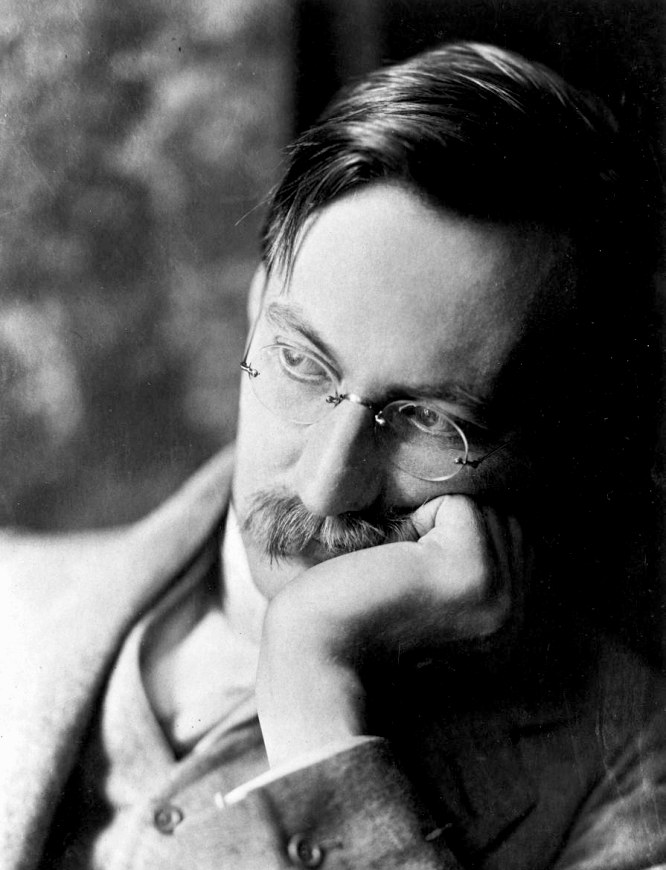