The press is the hired agent of a moneyed system, and set up for no other purpose than to tell lies where their interests are involved. One can trust nobody and nothing.” — Henry B. Adams, US Historian and descendant of two US Presidents.

AMERICAN TRUST in the media has plummeted to the lowest levels ever recorded. The drop in credibility is likely to be repeated throughout the self-styled democracies.

“We have betrayed our readers, we just push for war. I don’t want this anymore; I’m fed up with this propaganda. We live in a banana republic, and not in a democratic country where we have press freedom. The German media, especially, my colleagues day by day write against the Russians, [these journalists] working in transatlantic organisations, and who are supported by the United States to do so.”

It is no longer necessary to read between the lines to realise that American and Western European thoughts and opinions are shaped by sinister hate-mongering media. The good news is that mainstream media simply isn’t mainstream anymore.

Gallup pollsters first invited public opinion on US media nearly fifty years ago, in 1972. Then, for whatever reason — a lack of alternative news (there was no Internet then), a less sophisticated readership, news content spun less crudely, or columnists invited to be challenging — 72 per cent of Americans trusted the media.

During September this year Gallup asked the same question of 1,020 carefully selected people likely to mirror the views of average Americans across all divides. The findings were not good news for the government’s media:

Americans’ trust and confidence in the mass media to report the news fully, accurately and fairly has dropped to its lowest level in Gallup polling history.

There are still those who prefer the comfort of their illusions to the truth; these are presumably the 32 per cent who say ‘they have a great deal or fair amount of trust in the media.’ Art Swift, a Gallup poll analyst says:

“This [poll] is down eight percentage points from last year.”

The sentiment has fallen slowly and steadily, and has consistently been below a majority level since 2007.

“Republicans who say they have trust in the media has plummeted to 14 per cent from 32 per cent a year ago; the lowest confidence in media savvy Republicans in 20 years,” the analyst noted.

Among Democrats, the number of trust in media respondents was 51 per cent, from which one can draw one’s own conclusions. A high number of skeptics (70 per cent) was found among those who claim to be independent of mainstream media. The analyst goes on to surmise that this year’s biased pre-election media coverage has accelerated the drop in confidence.

Free yourself from media manipulation. We recommend VIA. Is the story Verifiable, Independent and Accountable? Without it you are in the realm of speculation, opinion, propaganda, advertisement or something else. — News Literacy Centre.

Waking Up in a New America 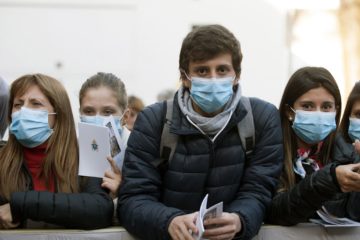