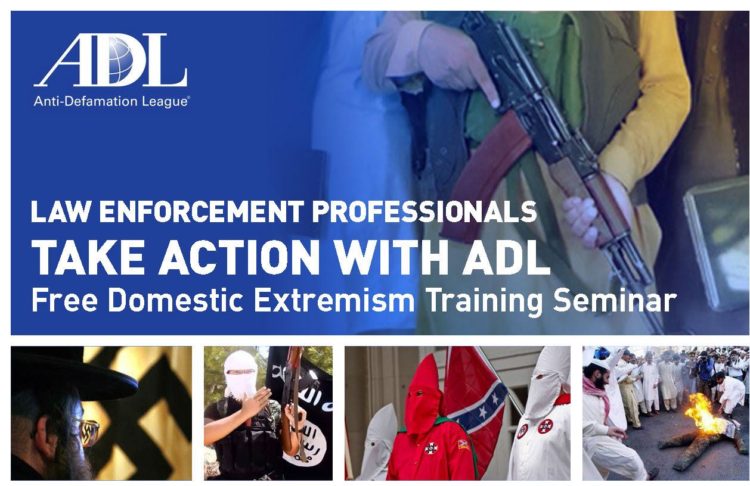 This ongoing criminal conspiracy should be crushed — now

ABOUT 1990, the Jews began a push to turn the United States into a police state. They’d been pushing for that for many decades, but the effort intensified around that time. The Anti-Defamation League (ADL) had infiltrated police departments around the country, notably the Los Angeles Police Department (LAPD) where they began stealing police intelligence data on groups and individuals so they could use it for their political purposes. They would be caught doing this, and warrants would be served on members of the ADL in 1993. See:

Meanwhile, the FBI and the ATF, probably under pressure from Jewish groups, began stalking White nationalists (and dissidents of other kinds), trying to find something — anything — to prosecute them for, even though they didn’t have any previous knowledge that might constitute probable cause.

One of the targets of this federal witch-hunt was the Church of Jesus Christ, Christian, otherwise known as the Aryan Nations.

When attempts to find some pretext to arrest members of the Aryan Nations proved fruitless, the federal police approached a farmer at his family home in rural Idaho, near Naples. They asked whether the farmer, Randy Weaver, would be willing to join the Aryan Nations as and become an informer for the FBI. Randy Weaver told them that he was not willing to do that.

Then the federal police sent a stooge to him, who brought with him a shotgun, to ask that Randy Weaver shorten the barrel to an “illegal” length. Not suspecting a trap, Weaver apparently complied with this request. That gave the federal marshals an excuse to attack the Weaver family at their home. The attack resulted in the deaths of one US marshal, one dog, one married woman, and one little boy.

The whole mess could have been avoided if, instead, the federal government had sent the local sheriff around with a warrant signed by a judge — or, even more preferably, had refrained from soliciting a crime that would not otherwise have been committed.

A number of people around the country believed that the federal police might have broken laws in their over-zealous and overly confrontational manner of law enforcement. Lawsuits were filed, and the American public gained the general impression that something was wrong, though of course they didn’t connect any of it to the Jews.

The lawsuits against the US Department of Justice (DoJ) were initially frustrated when the DoJ classified all of the documents that any of the lawsuits’ plaintiffs might require or find useful in showing a court why the federal police behaved improperly to the point of committing crimes such as, for example, terrorist assassinations and mass murder. Every time the DoJ surrendered a document, it was redacted, or “blacked out,” to the point that it was uselessly uninformative.

So a judge told the DoJ that it had to give him all of the un-redacted documents, and he would decide what should be released to the public and what deserved to remain secret.

In reaction to that, the leaders of the federal police agencies — probably including FBI Deputy Director Larry Potts — got together to figure out how they were going to cover up so that the judge didn’t get those documents. They came up with an ingenious plan. It involved the recruitment of a patriotic patsy from the military — and blowing up a federal building in Oklahoma City.

Guess where all of those documents were that the judge was demanding to see? Right. They were in the Murrah Federal Building.

Tim McVeigh had been outraged by the US government’s attack on US citizens at Ruby Ridge and Waco. When a federal police stooge approached him, posing as a “rebel,” with a plan to “teach these government thugs a lesson,” the gullible young McVeigh agreed to be the driver of a bomb truck. He wasn’t aware that he was working for the government all along, being used by them to attack citizens of his country once again, so that documents that the federal police wanted to remain undisclosed would conveniently be destroyed in the bombing.

I’ve heard that C4 charges and a quantity of detonation cord were spotted on pillars in the federal building’s parking area prior to the explosion of McVeigh’s truck bomb. [Many people, including myself, heard media reports of unexploded bombs being found inside the Murrah Building immediately after the bombing. — K.A.S.]

How long will the people tolerate these outrageous, ongoing crimes?

Why Space Is Silent