I CONCEDE that hindsight and experience are the best teachers of all. An integral and loyal member of the British Empire, Rhodesia’s contribution to her mother country during the Boer War, the Great War, and World War II was remarkable. Yet today Rhodesia, since renamed Zimbabwe, symbolises Westminster treachery through the ranks from the most humble of Britain’s soldiery to the jewels in its empire’s crown. 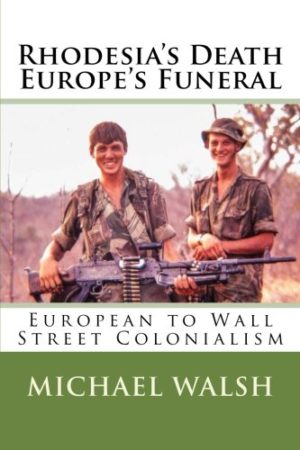 The lesson that still isn’t getting through is that the greatest threat faced by any people comes not from a foreign power but from its own governing power. American, Russian, British, German, and French, people of all nations, shed most of their blood and suffered most terribly not under a foreign power but under their own ruling class.

As far as I am aware, neither Rhodesia (1922-1979) nor the peoples of Rhodesia were ever threatened by any power save that of Britain aided by the United States. Whilst Rhodesians volunteered to defend, as they saw it, British interests in multiple British wars of conquest, the only country to take up arms against Rhodesia was Britain.

From the moment Rhodesia’s parliament voted for independence in 1965, a right granted to all other former British colonies, the young and not so young of Rhodesia of all ethnic groups fought British firepower that was backed by British taxpayers’ money and the propaganda of Britain’s corrupt media.  During this epic David and Goliath struggle from 1965 to 1978, Britain’s ruling elite allied itself with those best described as an African ISIS or DAESH.

Before the beleaguered, sanctioned, and warred-against Rhodesia capitulated in 1978, Britain prepared to send Britain’s armed forces to assist Communist-backed terrorists in overthrowing Africa’s most prosperous multi-racial and benign nation.

Perhaps not surprisingly, the planners strongly advised the government against military intervention. It was pointed out that there was no direct access by sea and that the only available land access involved a journey of more than 1,000 miles along what were often little more than dirt tracks. The risk of British failure was high. “The invasion of a country with Rhodesia’s military capability under these conditions would, we believe, be without precedent.”

Any assault would therefore need to be air-based. Troops would have to be flown in, following a pre-emptive strike against Rhodesian Air Force airfields. It was envisaged that five brigades would be required; however, this was beyond the capability of Britain:

“The capability of our airlift is such that the maximum force that we could introduce and maintain would be two brigades, three short of the required force. The assembly of this force with all its equipment in Africa would take two and a half months and its introduction from there into Rhodesia would take another month.”

Umtali was suggested as the best starting point, as the Rhodesian bush town was lightly defended. The Americans tentatively offered the use of C130 transport aircraft to assist but the initial assault would have used British paratroopers. The main target would have been Salisbury. It was envisaged that two battalions of paratroopers would be flown in during a 24-hour period. This represented the maximum speed of deployment possible. The Royal Navy would maintain a flotilla stationed at Beira in Mozambique. All supplies except fuel would have to be flown in.

There was concern over the capabilities of the Rhodesian Air Force. Despite the planned pre-emptive strikes, it could not be guaranteed that all the Rhodesian Hunters and Vampires would be destroyed, thereby posing a significant threat to British and American attacking transport aircraft. The planners were also wary of Rhodesian manpower. It was estimated that Rhodesia could field 11 major army units within a matter of days. In fact, this mobilisation would require just 36 hours notice.

“To intervene with a reasonable chance of success against such opposition, fighting stubbornly on its own ground, assisted by ‘small adhoc’ bands of White and Black guerrillas and perhaps White police’, would require five brigades with artillery support.”

The report went on to say, “In the existing circumstances British forces could not intervene successfully in Rhodesia.”

Fortunately, and despite the enthusiasm for war by the British Liberal Party and the Archbishop of Canterbury, the British invasion of Rhodesia never took place. Instead, the nation’s overthrow was achieved by assisting Robert Mugabe’s Soviet-backed mercenaries. 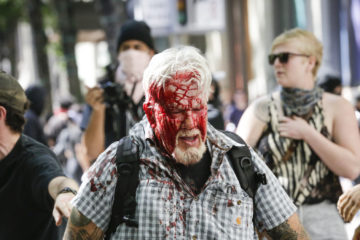 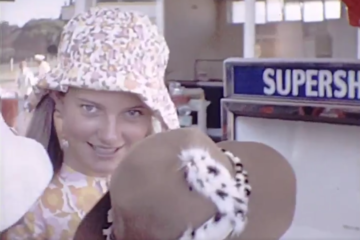 And the British people STILL think they won WWII.

The Jews won the war, and after having so nearly destroying Germany, they’ve made it their mission to go on destroying white nations, one by one, ever since.

Thank you, my friend; your words echo my thoughts. Mike (Walsh)

I’ve long regarded Rhodesia to be the canary in the coal mine for white nations.. The article “Britain’s War Against Britain” was foreshadowed by Douglas Reed almost seventy five years ago when he observed and said of the English during World War II: “… most men would rather die than think, are hoodwinked alike. Some, for whom defeat is intended, are promised victory. Others are cast in bonds while they think to strive for liberty. While all dance, marionette-like, on their strings, the wirepullers tell them that it is sweet and honourable to die for their country, and pocket the spoils.” This was from his book “All Our Tomorrows” (1942), about the Second World War and how the English stumbled, patriotic as could be, but unthinking, uncomprehending, unconcerned and deaf… Read more »

That, sir, was one of the most beautiful ~ heartwarming and enlightening responses imaginable. Your letter is so well received. Thank you. Mike (Walsh).

The collapse of Rhodesia was predicted in the 1960s by Ralph Randell in his book The Angry Australian. Rhodesia was one of the most prosperous nations in Africa. The natives were gradually being empowered but the Internationalists did not like its two-tiered voting system that gave preference to educated Africans who had achieved a particular level of income. The Internationalists attacked Rhodesia because it was not therefore democratic, that it, it did not have one vote per person.