Today’s New York Times Reports on The Devastating Wikileaks Emails: Not One Word

So here, we publish what the Jewish-controlled Times refuse to even mention: a list of some of the more notable communications showing the War Hag and her associates for what they really are.

BELOW IS a detailed list of noteworthy Podesta emails recently released by WikiLeaks:

Hillary and the Media

Hillary team discussed deleting emails knowing it was against the law
Hillary Campaign Was in Touch with Obama DOJ on Email Investigation
Hillary trying to get in front of email issue
Hillary’s attorney David Kendall did not turn over thumb drive and server
Hillary accepting foreign money
Hillary’s team doesn’t know what’s in her emails and is nervous about it
Hillary gave special attention to ‘Friends of Bill’ after Haiti quake
Hillary’s 2009 Catholic liaison arrested for prostitution ring
Top Clinton donor paid $250 million for tax evasion
Clinton Staffers Discussed Which Emails To Release…
And Which to DELETE!

Also see below link where many of these items were identified — https://www.reddit.com/r/The_Donald/comments/56s7ag/new_wikileaks_podesta_emails_part_two_2000_more/ 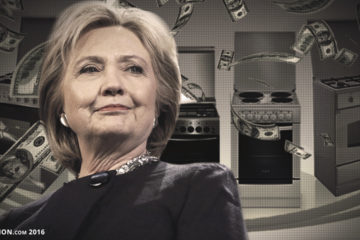 I wonder if Trump could gain Putin-like powers and arrest all the criminals in Washington, end the immigration of non-Whites, and go after every Kike who attacked him? His massive ego might benefit us Whites. I wonder if he could cause a ripple that saves our entire race from near-certain extinction? Why are so many White women going to change their vote to the White genocide candidate over lewd comments in an old tape?

I did not need WikiLeaks to tell me this. I already knew that Hilary was a complete piece of filth – any perceptive white man or white woman would come to the same conclusion.

Will it matter in the long run? Probably not! Give the blacks more welfare and give the cringing whites more balls games and beer and both groups will be happy.

Today’s New York Times Reports on The Devastating Wikileaks Emails: Not One Word