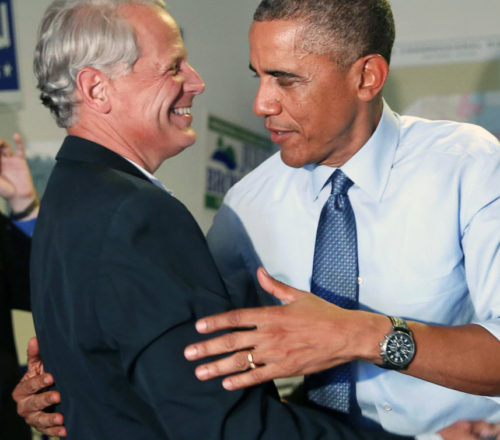 THE U.S.S.A. has a sin debt of 20 trillion shekels. We have an open southern border which welcomes drug cartels and welfare colonists. Our culture is a sewer of Jewish pornography and anti-White drivel. The next generation can expect to have a lower standard of living than the previous one. Whites will soon be a minority. Our cities are burning, the rule of law is collapsing. A cabal of Jewish criminal politicians is pushing us toward nuclear war with Russia. None of these things are important. What is important is combating European “anti-Semitism,” also known as noticing the profound negative impact the Jew has on their host nations. This madness is clearly in our best interests and the right thing to do. The rotten structure is coming down, but at least we made token efforts to stifle free speech thousands of miles away. (ILLUSTRATION: Steve Israel and Fetchit embrace.)

Motivated by what they described as rising anti-Semitism in Europe, members of a Congressional bipartisan task force introduced legislation Friday that aims to increase Washington’s monitoring of anti-Jewish incidents and the steps taken by European governments to combat them.

The one party system. The two sides of the same shekel have dropped any pretense of being in opposition to unite against Donald Trump, against nationalism, against the interests of the average American and for the international Jew parasite. We will no longer get the common courtesy of highly choreographed pro wrestling matches between the Red and Blue parties. They now present themselves as a the unified front they always were, an unholy alliance of cucks, communists and the kosher wire-pullers that want to destroy our homelands.

While much of the nation’s focus was trained on Hurricane Matthew smashing into the southeastern seaboard, Democratic representatives Nita Lowey, Steve Israel, Eliot Engel and Ted Deutch joined Republicans Chris Smith, Ileana Ros-Lehtinen, Kay Granger and Peter Roskam — all co-chairs of the House of Representatives Bipartisan Taskforce for Combating Anti-Semitism — in introducing the Combating European Anti-Semitism Act of 2016.

Muh democracy in action: a special Zionist task embedded in our criminal government. A two-legged rat named “Steve Israel” colludes with its fellow nation-wreckers right out in the open. We need special laws to silence and kill the goyim. Keep watching that Africa ball you unclean meat, nothing is going on here, nothing at all.

In 2004, then-president George W. Bush signed into law the Global Anti-Semitism Review Act, which provides the legal foundation for an annual State Department report documenting anti-Semitism around the world.

Be sure to vote cuckservative, White people! They’ll protect your interests, don’t worry.

After that resolution, however, anti-Semitism continued to flourish.

Yeah. Imagine that. It’s almost like Whites are noticing something we call “reality.”

“It’s shocking that in the 21st century, anti-Semitism is gaining strength across Europe. From taunts and threats on the street; to violent attacks in schools and synagogues; to governments amplifying anti-Semitic voices and messages, such as leaders in Hungary giving a prestigious State award to anti-Semitic writer Zsolt Bayer, many European Jews are being forced to reconsider whether there is still a future for them in their countries,” the bill’s sponsors wrote in a statement Friday.

You goyim have way too much freedom. Even an unkind glance at one of God’s chosen should be harshly punished. Consider Hungary, who refuses to let in rapefugees and gives awards to based authors.

“This is unacceptable, and we will continue to call on leaders across Europe to speak out against this growing problem, strengthen partnerships with Jewish communities to help them develop safety standards, and foster cultures that respect diversity and inclusion of all minority groups, including Jews.”

Fewer Whites. More foreign invasion. Face-crime laws. Gulags and unpersons. This is the Light of the World.

The bill contains a “sense of Congress” section that states that “it is in the national interest of the United States to combat anti-Semitism at home and abroad,” and that “anti-Semitism is a challenge to the basic principles of tolerance, pluralism, and democracy, and the shared values that bind Americans and Europeans together.”

Muh national interests. If you’re White and have any lingering loyalties to the U.S.S.A. I hope this is a wake-up call. 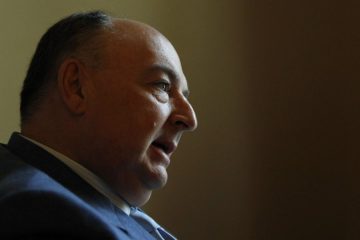 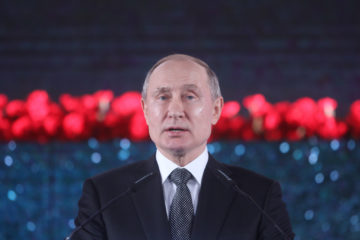 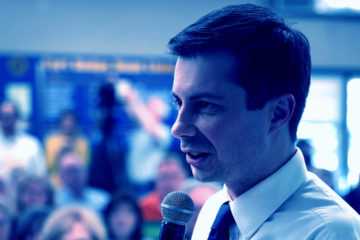 I don’t know who censored your comment — perhaps the channel owner had some reason, or maybe YouTube itself had a problem with what you said.

As for resistance to the Jews, the National Alliance hard line on race and freedom from Jewish control has had a definite effect on the consciousness and attitudes of many Whites. We do need more support from our readers so we can cross the threshold of long-term viability and organizational success. There are now many tens of thousands of American Whites who know our race’s peril and what needs to be done, and know the cosmic evolutionary/biological stakes — and who laugh if you call them “racist” or “anti-Semitic.” That’s a pretty good start.

I did not say anything in the comment, just posted a link to the bill. That was it. I left another comment on the video stating that my post had been censored and that I was not sure if it was the channel owner or youtube that was responsible for deleting the post and that I did not want to accuse them outright without them having a chance to defend themselves. Any way. Just frustrating getting censored by people who claim they are here to lead the resistance. Renegade is not the first to censor my comments. Scott Roberts has also censored me, amongst a few others.
I do appreciate you taking the time to respond to me. Thank you.

It is time to move beyond the labels and stand tall in your convictions. I have been called a racist – I say thank you, and yes I am. You’re an anti-Semite, well no, if by Semite you mean people of Arabic descent. In terms of killing Semites the Jews have a monopoly on that practice. If you mean anti-kike, yes I am and to the max!! You are a misogynistic, sexist pig – not true. I love women and take pride in their accomplishments as mothers and child bearers. However allowing women to vote and allowing them to become involved in the construction of social policy was, and still is total madness. You’re a homophobe. No I am not – I just hate faggots. I have never accepted the… Read more »