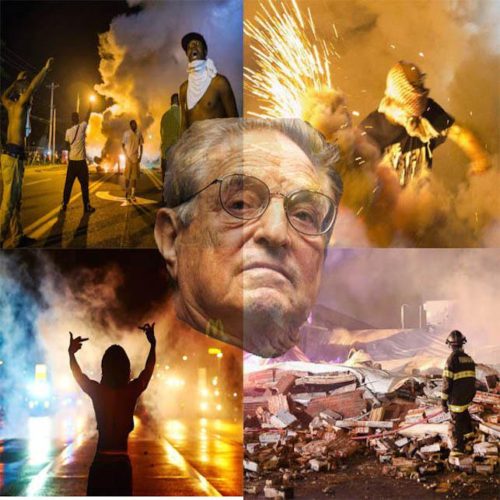 A NETWORK of organisations run by billionaire George Soros (notorious for his profitable speculation against the pound on ‘Black Wednesday’ in 1992) has been successfully targeted in a massive leak of confidential documents, published online today.

One organisation lavishly funded by Soros was the British “antifascist” group Hope Not Hate, which in one of the leaked documents is shown receiving $93,740 for just one of its projects — Hope Camp — in advance of the 2014 elections.

This was part of a series of Soros-funded projects intended to influence those elections. According to the leaked documents, Hope Camp’s “purpose is to provide a community organizers’ training program for local anti-hate organizations, especially those wanting to engage in the 2014 European elections. The training model will combine the experience, the organizing and campaigning skills developed and used by HOPE not hate in the UK and by United We Dream in the US.” 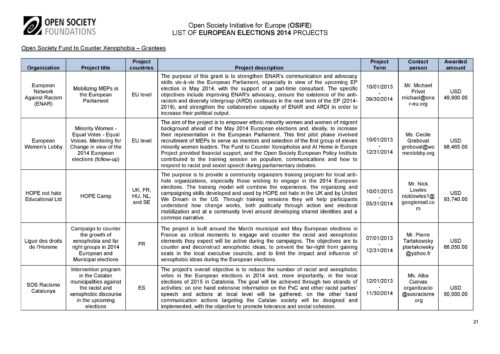 UK political parties are of course prohibited from receiving overseas donations from people not on the UK electoral register. It will be interesting to see whether the Electoral Commission takes a close look at foreign, non-party intervention in the electoral process.

Although Soros & Co. might have been well pleased with the BNP’s defeat in 2014, the truth is that this had little to do with “antifascist” campaigning. Nick Griffin had already effectively destroyed his own party’s chances years earlier.

Moreover, another of the leaked Soros documents — a review of the European campaign, written in November 2014 — showed that not everything went the billionaire’s way. The document makes clear that the Soros foundations “concentrated a large amount of resources and energy to try and bolster the groups and campaigns which could, in some ways, mitigate the feared populist surge in the EP elections.”

This involved “exposing the weaknesses of the extreme right”.

However, while some projects “far exceeded our expectations”, others “surprised us in a negative way. The grant to UNITED, for example, was a clear disappointment. While the proposal was well written and the cooperation with ENAR and HOPE not Hate, two OSF grantees which generally deliver great work, seemed promising, not much was achieved on the ground. …Arguing that the HOPE not Hate approach could not be applied in other countries due to particular sensitivities, the project ended up with five very different projects on the ground, with little coordination amongst them. …It was a typical case of a project which looked great on paper, but was an unexpected disappointment in practice.”

H&D looks forward to analysing these leaked documents further: but two points are already evident. Firstly, there was massive financial intervention by George Soros and his foundations in a covert effort to influence European elections. Secondly, despite lavish funding, many of these interventions failed and are continuing to fail, as European nationalist movements continue to advance!

If You Tolerate This...

Then there is the damage that Soros is doing to the US by handcuffing police trying to do their jobs with the ever-present threat of black random violence:
http://www.theamericanmirror.com/blacklivesmatter-leader-deray-lives-home-owned-by-soros-connected/
and
http://www.breitbart.com/big-government/2016/08/16/hacked-soros-memo-baltimore-riots-provide-unique-opportunity-reform-police/
and
https://www.washingtontimes.com/news/2016/aug/16/black-lives-matter-cashes-100-million-liberal-foun/