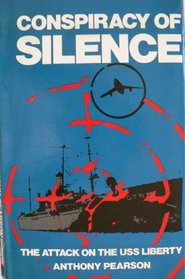 ANTHONY PEARSON is the British reporter who wrote the book Conspiracy of Silence about the Israeli attack on the Liberty and the subsequent coverup, which, as any mediacrat could have predicted, never climbed to the top of any bestseller list.

Pearson’s main point is that the Liberty, a huge seagoing electronic ear, was sent to eavesdrop on the Israelis, after they had started the Six-Day War in 1967 with the approval of the CIA. The Israeli army had been given the green light by Washington to cripple the Egyptian forces, but the war was supposed to be a limited one with no territory-grabbing permitted. When the Liberty informed Washington that the Israelis were on an imperialistic rampage, the Israeli high command gave the order to sink it. The idea was to blame the Egyptians. But the practically unarmed Liberty wouldn’t sink and managed to get out radio messages which brought U.S. planes to the rescue — though not before 34 Americans had been killed and 171 wounded.

According to Pearson, the Joint Chiefs of Staff ordered an immediate retaliatory air attack on the Israeli naval base at Haifa. But President Johnson, in deference to the plea of his Zionist security advisor, Walt Rostow, had the operation cancelled in midflight. One significant piece of information dug up by Pearson was that the man in command of the three Mirage jets that attacked the Liberty was born in Baltimore and served as a fighter pilot in Vietnam. The pilot of the second plane was also a Vietnam veteran and had served in the Navy Air Corps. The third pilot was a native Israeli. It is rather disheartening to think that the American armed services had trained two fighter pilots who thought so little of their country of birth that they joined the air force of another country and carried out a murderous air assault on an American ship. But such are the loyalties and nature of the Jews.

When Pearson attempted to interview the surviving officers and men of the Liberty, he was greeted, with one or two exceptions, by complete silence. The Navy had ordered all concerned not to talk. The cryptic words uttered by Commander (now retired) Captain William McGonagle, the skipper of the Liberty, more or less indicated the nature of this greatest of all modern coverups. “Don’t let them beat you,” he told Pearson over the phone from his home in Santa Barbara. “You’re the last shot Liberty‘s got left to fire.” Then he hung up.

McGonagle acted like a hero at the time of the attack and for his conduct received the Congressional Medal of Honor, although the Navy allowed Israeli officials to censor the citation that accompanied the award. One more interesting item brought to light by Pearson. The Navy Court of Inquiry, which in effect whitewashed the Israeli attack, was headed by Admiral Isaac Kidd, who just happens to be Jewish.

Source: based on an article in Instauration magazine, June 1979

You Are Stronger Than You Think 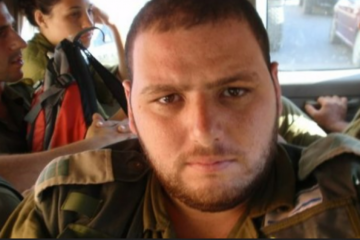 When the Liberty informed Washington that the Israelis were on an imperialistic rampage, the Israeli high command gave the order to sink it…
—

Spread this far and wide. The 50th anniversary of this unprovoked, deadly attack on a practically unarmed American naval vessel by “America’s best ally” is in a little over three months: 8 June 2017. This act of treachery has been covered up by Jew-controlled media and “our” government for long enough!

This is CLEARLY an Open ATTACK on a Vessel, unprovoking, and left OPEN for full attack (and potential ) DESTRUCTION of those souls on board.
After, those in Command on OUR side left word for those
afflicted who managed TO Survive and live on in this life, were ORDERED from the TOP to keep COMPLETE SILENCE on the matter……
CRIMINAL !!!!!

It has been said that one of the Jew
pilots who served in Vietnam, saw
the large US flag on USS Liberty
and refused to fire on the vessel.
He violated orders and returned
to Israel. Upon landing, he was
immediately arrested by the
Israelis. His name and fate remains
unknown.