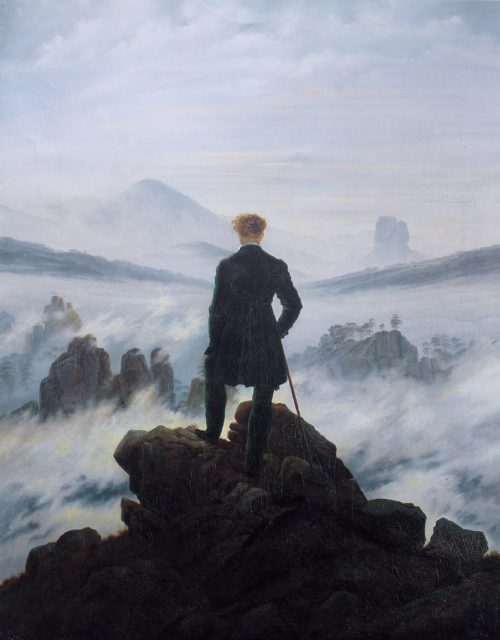 I REMEMBER 9/11. I remember 9/11/1983, Dr. William Pierce’s 50th birthday celebration, when some of the local DC-area National Alliance members bought him a specially-engraved crystal goblet for the occasion. The National Alliance had been reorganized under Dr. Pierce from the old NYA or National Youth Alliance nine years before — but, with Dr. Pierce’s legendary Scotch economy, the old sign was still on the door, still reading ‘National Youth Alliance.’ I don’t think it ever came down, until Dr. Pierce moved the Alliance’s headquarters to West Virginia.

The Alliance ran all its operations from a single cramped office in 1983, with just three rooms: one for Dr. Pierce’s personal office (which was his Siamese cat’s domain, too), one for the main library/reception area, and one for a storage room and shipping desk. The book catalogue was a single page. There was no American Dissident Voices radio program. There was no Free Speech magazine. Web sites hadn’t been invented yet. There was no property at all, except the contents of the rooms — the office, in a declining mixed residential section of Arlington near Crystal City, was rented. There was the National Alliance member’s BULLETIN, though, and National Vanguard had changed less than two years before from a tabloid newspaper to a slick magazine. The small office was always abuzz with activity and visitors. I had first been there about a year before, and was very impressed with the character, intelligence, and overall quality of the people I met there, one of whom was the late Richard Berkeley Cotten, whom I’d heard on the radio years before. I met some interesting people there; writers, publishers, government workers, people fairly high up in the diplomatic, financial, and scientific establishments. It was there that I was introduced to the works of Revilo Oliver. It was there that Dr. Pierce took the time to talk with me and answer my questions. It was there that my life was changed forever.

I remember on one of my earlier visits to Arlington, Dr. Pierce tested me. He asked me to repair a piece of equipment he used to produce National Vanguard magazine in those days before the advent of desktop publishing. I think he really wanted the equipment repaired, but he also wanted to see what kind of mind the young broadcast engineer named Kevin had. The equipment was an even-then-ancient mechanical photo-optical device called a Varitype Headliner, used to create strips of paper with large headlines printed on them in various fonts, to be glued to layout sheets (which would be made into printing plates by a photographic process) for use as captions in the magazine or newspaper. Like many items of equipment that Dr. Pierce used over the years, he had purchased it at a GSA government surplus auction for pennies on the dollar.

I successfully repaired the Headliner, though I had no schematic or even a manual and had to figure out how it was supposed to work just by examining it. I think Dr. Pierce was impressed. He liked people who could figure things out for themselves and do mechanical work. He was very good at that sort of thing himself, and would later do most of the designing and much of the labor for the new Alliance facilities at our West Virginia campus, the ones we use today. He even made his own parts and tools in his workshop. Within a few months, I was designing and building a sound system, telephone system, and alarm system for the National Office — and I was working with the Headliner and scissors and paste and the yellowed copies of the old tabloid newspapers, editing and pasting up the book that became The Best of Attack and National Vanguard. By that time, we’d had plenty of discussions and Dr. Pierce trusted me to do the selection and editing work for the book, and write the introduction. It took a year of my life.

And I remember 9/11/1984. The Best of book was finally finished. And Dr. Pierce was ready to move out of Arlington to more congenial surroundings in the clean air and mountains of West Virginia. After many years, by scrimping and saving and living on next to nothing (for a while, he even slept in the office), Dr. Pierce was able to accumulate enough money from contributions and dues and sales of the first editions of The Turner Diaries and Which Way, Western Man? to buy some acreage in West Virginia. Around Labor Day that year, he made the announcement with a slide show and speech at the National Alliance general convention, a speech which I’ve used as a broadcast on American Dissident Voices. And it was right around that time that I visited the property which is now home to the Alliance’s complex of offices, warehouses, staff housing, and the William Pierce Memorial Hall. But then it was quite different. There was no office building, no housing, nothing. Nothing but a very old and crumbling farmhouse built around the time of the McKinley administration, some even more crumbling storage buildings and a rickety outhouse. The next few years were a succession of hot, hot summers and freezing winters filled with hard work, much of it manual labor. A few families came to help. I did my share of moving truckload after truckload of material up to ‘the Hill’ (which Dr. Pierce later christened ‘The Land’), technical work, and quite a bit of ditch-digging too — along with other volunteers including National Vanguard writer Robert Pate. The ditches were nearly six feet deep to protect the telephone, water, and electrical lines from frost heaves. Believe me, it’s not easy to run ditches like that — with no power equipment — across thousands of feet of rocky West Virginia hills. But we did it. And a lot more, too. Dr. Pierce did most of it himself, with an infectious energy and boyish optimism — his attitude was that the seemingly impossible could and would get done. And it did. Prior to 2002, I probably had never worked harder in my life. Dr. Pierce could inspire that kind of extra effort. He even designed and implemented an innovative underground-water-source heat pump and air conditioning system for the main building, and wired surplus pole transformers back-to-back in an unusual coaxial high-tension power distribution system that fed all the buildings on the property.

Dr. Pierce loved the view from the summit of the National Alliance land in West Virginia. He would often go there in the early morning hours, when fog still shrouded the lowlands, and look out into the distance from his sunny peak above the fog, which looked like a white sea beneath his gaze, with only the highest mountains poking out of it, occasional green islands. He looked almost exactly like the man in Caspar Friedrich’s The Wanderer Above the Mists, one of his favorite paintings. The symbolism is potent: Dr. Pierce had attained the summit; he had solved the conundrums of our world and our lives; and he was trying to inspire others to leave the fog below and join him. He dreamed of building a new home for himself on that high spot, though he never was able to do that. His ashes are scattered there.

Fast forward a few years, to 9/11/1989. The Alliance was still making an impact (it was around this time, for example, that we were creating quite a media splash with our shareholder resolutions calling on AT&T to renounce ‘affirmative action’ and stop doing business in Israel). But there had been some serious setbacks at the National Office. The families who had come to live there had drifted away or left for personal reasons, and Dr. Pierce was carrying on all alone. Even his wife had left him. It was lonely on those 300 acres. There was no one to answer the mail, answer the telephone, write and compose the BULLETIN and the magazine, no one to maintain the small trailer homes that had been brought in (in one of which Dr. Pierce lived, while he dreamed of building his new home on the heights), no one to finish the new National Office building, no one to keep the plumbing and electrical system going — no one, that is, except Dr. Pierce. And he did keep them going, and he did inspire others to join him, and the progress, growth, and expansion of the Alliance he set in motion then is still taking place, and is evidence of his energy, faith, and dedication. And in the middle of all that, he wrote an important new novel, Hunter, as a sequel to The Turner Diaries.

I remember 9/11/1991. It was right around that time that Robert Pate and William Pierce and I were in Dr. Pierce’s office — the Siamese cat sleeping on top of the warm computer monitor, as he usually did. I had been persuaded to come and work at the National Office full time, and we were discussing an idea for a proposed National Alliance radio program, which we titled American Dissident Voices. A few weeks later, the program was on the air. Initially on shortwave only, then on numerous AM and FM stations and ultimately, thanks to our Web technicians led by Evelyn Hill, reaching its biggest audience by far on the Internet in both text and audio versions. I produced the programs for the first five years, then Dr. Pierce for another five, and now I’ve been back since 2002. In 1995, we started publishing the programs in Free Speech magazine. In later years, Dr. Pierce would say that American Dissident Voices “gave me my voice.”

And I remember Dr. Pierce’s final birthday, his 68th, on 9/11/2001. So many things he warned us about came true on that day, or shortly thereafter: The rage of the oppressed he had told us would be the price we would pay for our subservience to the Jewish state, when he suggested in a 1998 ADV program that we “stay out of tall buildings,” came to us forcefully on that day; the creation of a police state under the concept of ‘Homeland Security’ which he made part of the plot of 1989’s Hunter; the complete hijacking of the conservative movement by Zionist Jews, which he’d talked about for decades; the imminent use of US troops to fight Israel’s enemies; and a hundred other things he’s been proved right about came to a head on his last birthday.

Once, when Dr. Pierce was filling out some corporate papers, he had to write down what his official title was. He didn’t write down “chairman,” though he was that. He didn’t write down “president” or “director” or “leader” — though he was all of those things, too. He wrote down one word: “teacher.” And that is how I think he wanted to be remembered most. He was a teacher of facts, of principles, of ideas. A teacher of deep spiritual truths. And he was a teacher by example. His scholarship, his insights, and his character will be lessons for our people for centuries to come. When I remember 9/11, I will remember William Pierce, one of our people’s greatest teachers. 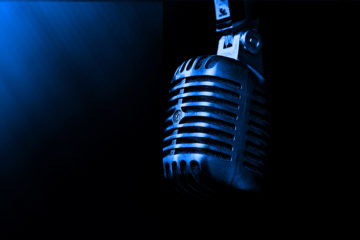 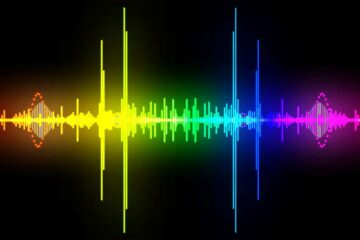 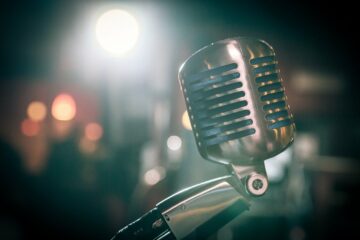