HORRIFYING TORTURE, disembowelling and dismemberment of captives highlighted in ‘Carnage and the Cover-up’ (Renegade Tribune) are not isolated acts of wartime savagery. Methods of inhuman slaughter of millions of Gentiles in Bolshevik Occupied Europe were based on Talmudic teachings to maximise terror and torture. (ILLUSTRATION: Top: Joseph Unschlicht, Roza Zemlyachka (Rozalia Zalkind) Bela Kuhn (Aaron Kohn) the leaders of the Red Terror in Crimea, South Russia Bottom: Pavel Kin (Head of Cheka in Kharkov), Chekist Mikhail Kedrov (Zederbaum), Stephan Saenko (The most bloody and brutal Chekist in Kharkov))

Murders committed by the Bolsheviks and sadistic Gentile accomplices were carried out in accordance with principles that are inescapably acts of Talmudic ritual murder. Such savageries are occultist sacrificial ceremonies. These teachings stipulate that murders are to be carried out by “inducing the maximum amount of pain and suffering in the victims. During the inconceivable suffering the victim generates immense amounts of energy, which is consumed by the powers of evil, which exist on more subtle levels of existence.”

To properly understand the levels of satanic depravity practiced by Jews once they achieve mastery over Gentiles one is advised to refer to the teachings of the Talmud. The nature of the debaucheries has no equal outside the concept of Lucifer’s teachings. Monstrous ritualistic depravities are historically unique to Bolshevik Occupied Russia.

In Bolshevik Russia the Jewish heads of the dreaded Cheka used barges to mass drown Imperial Russia’s Army officers. (Igor Bunich, The Party’s Gold, St. Petersburg, 1992, p. 73.) The unusually cruel Jewish Chekist Mikhail Kedrov (Zederbaum) drowned 1,092 Russian officers in the White Sea in the spring of 1920. In Crimea the Jews watched and applauded the shocking deaths of thousands of captives from the quays of Sevastopol. The Stalin-backed Republicans during Spain’s Civil War used the same methods. Ships loaded with nationalist prisoners trapped in their holds were sunk much to the satisfaction of their Republican captives. Today, their brethren, from a safe vantage point on hills overlooking Occupied Palestine, applaud the Israeli’s Air Forces incineration of the Palestinian peoples.

Lenin and his accomplices did not arrest just anyone. Wherever the Soviets occupied they martyred those most active in society, the independent thinkers. Vladimir Lenin gave orders to kill as many students as possible in several towns. The Chekists arrested every youth wearing a school cap. These students were liquidated because Lenin believed the coming Russian intellectuals would be a threat to the Soviet regime. (Vladimir Soloukhin, ‘In the Light of Day’, Moscow 1992, p. 40.) The resultant vacuum in the intelligentsia communities was then filled by Jews. Many students, for example in Yaroslavl, learned quickly and hid their school caps. Afterwards, Chekists stopped all suspect youths and searched their hair for the hairline mark of the school cap. If the depression in their hair was seen the youth was killed on the spot.

The author Vladimir Soloukhin revealed that the Chekists were especially interested in handsome boys and pretty girls. These were the first to be killed. It was believed that there would be more intellectuals among attractive people. Attractive youths were therefore killed as a danger to society. The terror was co-ordinated by the Jewish Chekist functionary Joseph Unschlicht. The Jew considers himself elevated on a scale commensurate with the degree of pre-murder suffering inflicted on the victim. This scale defines levels of priority such as priests, army officers, intellectuals and children.

How did they go about the murders? The Jewish Chekists favoured murder with various torture methods. In his documentary The Russia We Lost, director Stanislav Govorukhin told how the priesthood in Kherson were crucified. The Archbishop Andronnikov of Perm was tortured before death. His eyes were prised out; his ears and nose were cut off. In Kharkov the priest Dmitri was stripped naked. When he tried to make the sign of the cross, a Chekist cut off his right hand. It is no coincidence that in defeated and Soviet Occupied Europe from 1944 the same methods of sadistic pre-death ritual murder were openly encouraged.

Several sources tell how the Chekists in Kharkov placed their victims in a row. Then, having nailed their hands to a table their torturers cut around their wrists with a knife. Boiling water was poured over the skin, which was peeled off. This was called ‘pulling off the glove’. The Soviet occupation of the Baltic States is again proof of orchestrated methods of Talmudic torture practiced before death. Lithuanian refugee Zite Kaulius wrote in The Advocate, Newark, April 1964:

“The Germans were angels compared to the Communists. Persecuted Christians came out of hiding. My father who had been arrested was released by the Germans. He came home with his hands raw. The Communists had tortured him by plunging his hands into boiling water until his skin came off like gloves.”

In other places, the victim’s head was placed on an anvil and slowly crushed with a steam hammer. Those due to undergo the same punishment the next day were forced to watch. The eyes of church dignitaries were poked out, their tongues were cut off and they were buried alive. There were Chekists who used to cut open the stomachs of their victims, following which they pulled out a length of the small intestine and nailed it to a telegraph pole and, with a whip, forced the unlucky victim to run circles around the pole until the whole intestine had been unravelled and the victim died. The bishop of Voronezh was boiled alive in a large pot, after which the monks, with revolvers aimed at their heads, were forced to drink this soup.

Other Chekists crushed the heads of their victims with special head-screws, or drilled them through with dental tools. The upper part of the skull was sawn off and the nearest in line was forced to eat the brain, following which the procedure would be repeated to the end of the line. Chekists often arrested entire families and tortured the children before the eyes of their parents, and the wives before their husbands. Mikhail Voslensky, a former Soviet functionary, described some of the cruel methods used by the Chekists in his book Nomenklatura/Nomenclature (Stockholm, 1982, p. 321).

The inescapable reality is — no matter how much we may shudder and ignore it — is that the Jew, wherever he takes control and throughout the ages, kills in ways that are fully in accordance with Talmudic teachings.

Cathy and the Abdication of the American Ruling Class 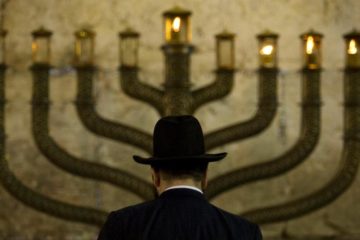