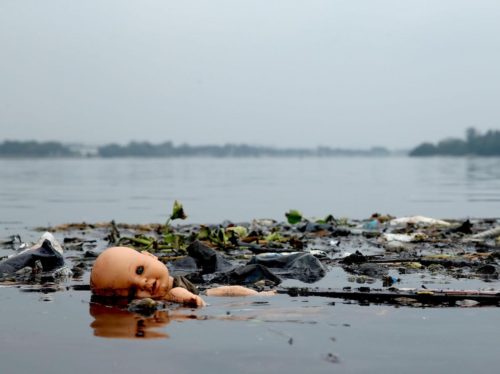 ATHLETES competing in the 2016 Olympic Games in Brazil have been warned by doctors, engineers, and scientists to keep their mouths shut while participating in activities in the water.

Researchers found that many of the beaches in Rio de Janeiro have been long contaminated with raw sewage, household garbage, and even dead bodies, creating hazardous swimming conditions for the 500,000 people expected to descend on the city in August.

“Foreign athletes will literally be swimming in human crap, and they risk getting sick from all those microorganisms,” Rio paediatrician Dr Daniel Becker told the New York Times. “It’s sad but also worrisome.”

The Brazilian government had promised to clean the pathogen-infested Guanabara Bay in 2014, but those efforts failed.

Stelberto Soares, a municipal engineer who has worked on Rio sanitation issues for decades, said that the government’s efforts to clean the waters were superficial at best.

“They can try to block big items like sofas and dead bodies, but these rivers are pure sludge,” he said, “so the bacteria and viruses are going to just pass through.”

“We just have to keep our mouths closed,” said 24-year-old Afrodite Zegers of the Dutch sailing team — one of the 10,000 athletes from 205 countries competing in Brazil.

Scientists and researchers found a wide array of disease-causing viruses and bacteria that can cause ailments such as diarrhea, vomiting, and death in people with poor immune systems.

The Games will get underway amid a tumultuous time for the South American country. It is the veritable epicentre of the Zika virus global health crisis, higher crime, a massive police strike, and impeachment proceedings for former president Dilma Rousseff.

However, despite the political crises in the country, public health advocates feel the Olympics have helped bring the issues of sanitation to the attention of the international community.

Assange: DNC Emails to Be Released "In Stages"

So much for the motto on the Brazilian flag, “Ordem e Progresso” (Order and Progress). Very little can be expected from a country as polluted with anthropoid garbage as Brazil.

Even Vietnam has better cleaning standards than that country. Like I heard a lot of Japanese go to Brazil. It’s like why, for a people who believes in cleanliness and safety, they go to a country that’s the complete opposite of both. If Japanese want to get away from their stressful work lives, they should just move to Vietnam, it’s cheap, known for it’s coffee and beautiful views like Brazil, and has much less gun crime. Granted, I’m saying this as a Vietnamese guy.