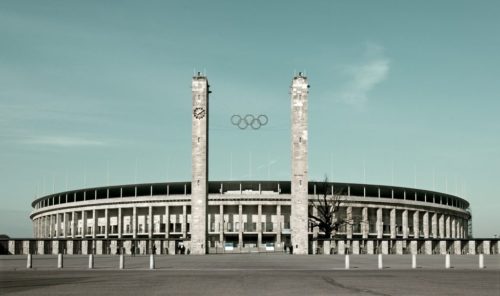 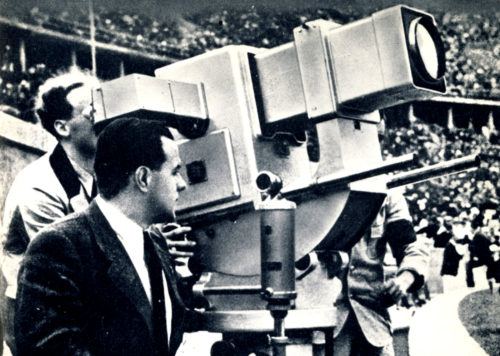 The 1936 Berlin Olympics is invariably referred to as the Olympics during which American Negro, Jesse Owens, “humiliated Nazi Germany and destroyed the myth of Aryan superiority.” The truth is quite the opposite.

Jesse Owens was a fine athlete and was treated with more respect in Germany than in his US home. The contrast between the United States and the Workers Reich would have been quite remarkable for this humble and likeable ex-cotton picker. In Hitler’s Germany, Jesse Owens could share a bus or tram ride with white people. Treated equally in all respects the athlete could enjoy a movie accompanied by German friends. Unlike the United States, the sprinter would use the same toilet facilities, dine with Europeans in restaurants and stay in hotels without discrimination being shown towards him. There was much that the track athlete could do in Hitler’s Germany forbidden to coloured people in the United States.

In his homeland coloureds were required to eat apart from White associates and fellow athletes. If coloureds approached a hotel they were required to do so through the tradesmen’s entrance. There were no Negroes on any major league baseball team and no Negro swimmers. This was in the so-called enlightened north. In the southern states there was no possibility of a Negro being allowed to participate in any sport unless he competed solely with other Negroes.

For Jesse Owens, his days in Hitler’s Germany must have been blissful. The German people idolised him. His biographer, Richard D. Mandell writes:

“Once at the stadium, the mere appearance of Jesse Owens neatly moulded head from some pit below the stands would cause sections of the crowd to break out in chants of, ‘Yes-sa Ov-enss! Yes-sa Ov-enss!’”

Awakening in the Olympic Village the Olympian “was greeted by paparazzi and amateur photographers “who were gathered outside his bedroom window to click at the athlete before he could gather poise for one of his many appearances before the mobs in Berlin.” The coloured athlete’s coach, Lawrence N. Snyder wrote in the Saturday Evening Post, November 7, 1936, “Jesse Owens was cheered as loudly as any Aryan.”

The recycled media lie is that at the “Nazi Olympics”, Adolf Hitler snubbed Jesse Owens by refusing to shake his hand. What are the facts? The elected German leader on the first day of the Berlin Olympics did indeed shake the hands of several successful competitors. That same evening the Führer received a message from Count Baillet-Latour. The President of the International Olympic Committee respectfully pointed out that he was “a guest of honour at the Games and should congratulate all or none, in public at least.”

In common with all other national leaders Germany’s head of state chose the latter as being the most sensible course. With 156 gold medals being awarded at various locations and times it was physically impossible to congratulate every winner. Jesse Owens was not congratulated by the Führer; nor was any successful competitors, white or otherwise.

It is interesting to note that America’s Jewish President Roosevelt refused to meet the coloured athlete despite there being no such restriction imposed upon his doing so. After the 1936 Berlin Olympics wards, Jesse Owens said:

“When I passed the (German) Chancellor he arose, waved his hand at me, and I waved back at him. I think the writers showed bad taste in criticising the man of the hour in Germany.”

On their arrival in London, Owens and his coach Larry Snyder complained that they felt like “trained seals”. The two were subjected to a barrage of “fraudulent publicity offers”. Such was the lack of integrity and respect shown to the pair they refused further engagements. Time was to prove Larry Snyder and Jesse Owens right as none of the publicity offers came to anything. However, big name promoters like Eddy Cantor did receive free of charge much favourable publicity.

Norman Katkov is author of Jesse Owens Revisited. (The World of Sport, p.289):

“Back home in the United States, Jesse Owens was treated like a freak and an animal. Before curious crowds he raced horses (and won). He ran against cars, trucks, dogs, and baseball players with a head start.”

This was a 1930’s America that had seen 26 Negroes lynched. It was an America where Negroes used separate public facilities; coloureds were schooled at all-black schools. Unlike the Workers Reich, in the United States non-Whites could not mix with white people in restaurants, cinemas, hotels, stadiums, etc.

What about the claim that “Owens swept the scoreboard and destroyed the Nazi myth of Aryan superiority”? The Workers Reich earned a total of 101 medals, 41 of which were gold, and gathered an impressive 223 points.

Germany’s only credible rival was the United States. Though three times Germany’s population, the U.S. won 40% fewer medals and points than did Hitler’s Germany. United States athletes gained 25 gold medals, four of which were awarded to Jesse Owens. The U.S point’s total tally was a mediocre 132 points. America’s geographical size and its reliance on coloured athletes did little to reduce its humiliation. Despite the U.S boasting many coloured sportsmen the combined total of medals awarded to such athletes amounted to only eleven gongs. The outcome — without Germany saying so — suggested that coloured athletes simply do not match the performance of their ethnic-European rivals.

AUTHOR’S NOTE: During the current Olympics the myths will be recycled by idle journalists and sports columnists. It is easy to email this true history article to them or quote from this article when the Jesse Owens myth appears in readers comment.

German Officials Spend £100K on Private Jet to Take Just Three Violent Asylum Seekers Home
Occupied Germany to Facebook: Clamp Down on Holocaust Denial -- or Else
Paul Ryan Battles "Racism," Promotes Cuckservative Values
We Demand Action
Setting the Record Straight: Politically, National Socialist Germany Did Not Surrender at the End of...
Terror versus Truth in Canada
Why is Germany Building Homes for Migrants and Leaving its 380,000 Homeless Citizens Out in the Cold...
"It's Not Safe in Germany Anymore": German Family Flees to Russia
Tags:Adolf HitlerBerlin OlympicsGermanyRacism

Assange: DNC Emails to Be Released "In Stages"

I find it hard to believe that Jesse Owens, or any Negro, would be welcome with open arms in Nazi Germany. I just don’t buy that one. I mean why would they? They were certainly not politically correct by any means like the U.S. ZOG.

You don’t buy it because doing so will mean to point out the unimaginable hypocrisy of Americans and the events that followed.

Debunking the myth of “Evil nazi Germany” will mean that it was Americans who were the crooked ones, that they destroyed the most virtuous group of their race out of jealously and mindless hatred.

It means that they deserve everything that is happening now.