AUSTRALIA’S BEST known anti-immigration activist Pauline Hanson — leader of the One Nation party — won a Senate seat at the Australian federal elections on July 2nd. Full results are still not certain two weeks after polling day, due to Australia’s complicated voting system, but it is certain that Mrs Hanson has won one of the Queensland seats. One Nation polled just over 4% nationwide, and 9% in Queensland where they are the third largest party.

Mrs Hanson first achieved political prominence in 1996 when she was elected to a House seat, despite having been ‘disendorsed’ by the Liberal Party before the election, following controversial comments about the level of state assistance for Aborigines. She lost her House seat in 1998 and her One Nation party collapsed in acrimonious personal/factional divisions during the early 2000s.

In recent years Australian voters have become increasingly concerned about immigration and related issues: in the absence of a credible alternative Mrs Hanson has been able to stage a comeback, despite her limitations. The most credible anti-immigration Australian politician was Graeme Campbell, a House member from 1980 to 1998 who was expelled from the Labor Party for his stance on racial matters, but Campbell is now aged 77 and semi-retired.

Alongside One Nation, a new party called Australian Liberty Alliance fought this year’s elections.  The ALA is almost exclusively focused on opposition to Islam, and had the Dutch Freedom Party leader Geert Wilders addressing its inaugural rally last October. However its results were insignificant compared to One Nation, with 1.1% in its best state — Western Australia — and tiny fractions of 1% elsewhere, including 0.6% in New South Wales, despite having a celebrity candidate, veteran rock singer Angry Anderson.

Similarly celebrity status did not help Queensland independent candidate Kim Vuga, who polled less than 0.1% for the Senate after her anti-immigration campaign was overshadowed by Pauline Hanson’s One Nation.

Jim Saleam, leader of the Australia First Party, polled 1.2% in Lindsay, a House seat in the outer Sydney suburbs. This was up 0.5% on the last election, but below the 2.4% polled by the new ALA. In another Sydney suburban seat, McMahon, the AFP’s Victor Waterson polled 2.0%.

Preferences cast by One Nation voters generally helped Labor candidates against Prime Minister Malcolm Turnbull’s ruling coalition, a phenomenon analysed in an article this weekend in The Australian.

Turnbull’s government seems likely to survive with a wafer-thin majority, but his authority has been severely weakened: a development which many Australian patriots will welcome!  Sadly the patriotic cause in Australia remains weakened by poor leadership, with the only substantial alternatives being the shallow and opportunistic Hanson, the anti-British (though in other respects ideologically stronger) Saleam, and the Islam-obsessed ALA.

Trump's Wall and the Lessons of History
Russia: State Officials Forbidden From Owning Property or Capital Abroad
Hundreds of Sicilians March Against Migrant Flood as Terror Hits
Democracy is a Kind of Death, part 5
Allex, France: Locals Led by the Front National Protest Resettling of Migrants
Hungary, Stand Firm!
Russians Do Not Take Nonsense from Migrants Because They Lack 'White Guilt'
The Millstone About His Neck
Tags:anti-immigrationAustraliaGovernmentPauline Hanson 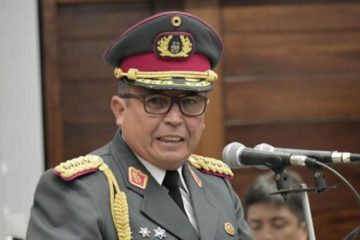 The FBI, the ADL, and Christina Long

A bright-shining ray of hope from a rapidly darkening continent.

Let us not forget that Hanson had her wings clipped some years ago by a short residence in an Australian gaol.

The man largely responsible for her imprisonment was former PM Tony Abbott. I suspect his Jewish handlers told him to silence Hanson and like a good Shabbat goy he obeyed with unbridled eagerness. The charges were bogus of course. Hanson now knows to keep her mouth closed and in a recent interview said she is not racist and has no ill-feeling towards aboriginals. So again another pro-white politician bites the dust!!

When will people accept that the only solution is white revolution?