On the Tuskegee Trail 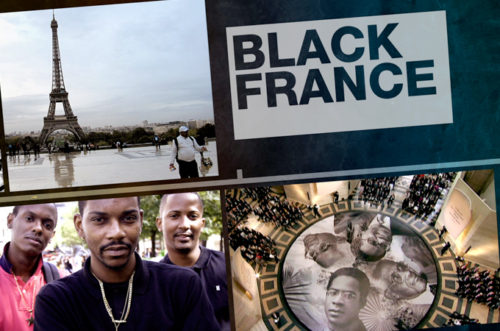 I RECENTLY found myself driving along one of America’s multiple Tuskegee Airmen Memorial Trails. And for some reason, my thoughts turned to dysgenics. It’s always struck me as remarkable that eugenics is still regarded with revulsion by so many, given the lurid pathologies of its counterpart. Most, I suppose, don’t do the sordid chore of correlating their pieties to end-results. Consequently, we tend to accept that in social science better is bad, while worse is for the best.

I very much doubt that more than a fraction of random pedestrians have ever even heard the terms eugenic/dysgenic. Perhaps a few could recall from university that the former is Hitler, but clarity would recede quickly beyond that point. Thus if an interviewer simply described the concepts alone without assigning names, probably 90% of the White population would self-indict as eugenicists. In contrast, I imagine a few canny Blacks could see where such a perspective might impact the gibs trough, and so would denounce that on merits alone.

Though the interesting element is that for purposes of public policy, most European peoples would implicitly support a concept from whose name they are obliged to recoil. So since all things eugenic must be eschewed, that leaves society only one available course. And France has apparently taken it enthusiastically.

The linked article is from a French language piece in Le Monde showing (from what I can discern) research that indicates the country’s aggregate national IQ has declined four points from 1999 to 2009.

Even though such results belong in the pantheon of inevitability given their multicultural madness, the magnitude of what they are reporting is just stunning. Four points over a large population in one decade? I guess the future really does always arrive early.

It hardly requires discussion how dramatically such cognitive deterioration affects a country’s capabilities and living standards. Millions of people make billions of instant decisions throughout the course of daily life. As the quality of these decisions declines on an aggregate basis, the resulting friction reduces every aspect of civilizational fitness.

Theft over purchase, violence over negotiation, neglect over attention, slipshod over craftsmanship, filth over cleanliness, apathy over maintenance, spending over saving, gratification over investment, vandalism over art, appetite over restraint, and helplessness over self-reliance. Every precious tick down the bell curve’s left slope trends all of these decisions toward the former. The cumulative effects are so obvious that liberals had to conjure the imperative of Good Schools just to politely avoid them. But there’s only so high you can climb up a dropping anchor.

There is no pin’s head upon which a society can primly perch. The effects of its policies and dogma always incentivize trends toward refinement or entropy. And as the most profound victims of feminism — intelligent White women — sell their fleeting fertility to soulless corporate cube farms, their dull brown counterparts say gracias! by filling the maternity wards. The dumb produce children, while the intelligent produce HR harassment guidelines.

Of course feminism is but one dysgenic accelerant. Mass immigration and its even accompanying mass subsidy program also strip the brakes out of our dysgenic downhill plunge. The most intelligent, orderly, and productive have their resources for family formation plundered via taxation to cover the ballooning fecundity of those unburdened by reproductive self-restraint. Liberals have invested little thought in the notion, but the you work hard to pay for my six kids model is not one that is infinitely sustainable. You eventually need more producers to feed the incapable — and that’s what Indians and Chinese are for!

Which is why no one off the autism scale should ever be an IQ fetishist. I am wholly uninterested in importing Asians in the hope they will feed the Africans. National IQ is a highly accurate metric for predicting the presence of those myriad social ingredients that determine livability. But it is no metric at all for determining hegemony and whose interests it will seek to advance.

And so if a wise leader desires a virtuous cycle of social betterment for himself and his posterity, he will incentivize it natively. As always, Israel offers some interesting options.

I would personally tie onerous reproductive restrictions to the receipt of government charity, though policy specifics are irrelevant at the moment. The point is acknowledging the forces that guide a society’s trajectory, and managing them prudently. For when those forces lead to a four-point IQ drop in one decade, you’re well on the way to every trail ending in Tuskegee.

The city of Tuskegee is essentially broke. It’s millions of dollars in debt that it owes now — $2-million to the IRS for two years in unpaid payroll taxes and $700,000 to a local bank.

As Ye Sow . . .
Finally, the New York Times Does Some Real Reporting -- On the Diversity Admissions Scam at Elite U....
Black Rapper's "Kill Whites" Video Rocks France
Wikileaks: Washington Pushing Estonians to Accept "Diversity” and Multiculturalism
The Making of a White Liberal
What is Racism? -- Part II
Are White Men Gods?
The Only Way to a Better World
Tags:EugenicsFeminismFranceMulticulturalismWhite People

What They're Aiming For

Feminism Is a Weapon

On the Tuskegee Trail