In a truly bizarre statement — perhaps revelatory of Establishment plans — Obama implies that Brexit has not yet “gone through.”

OTTAWA, Ontario — President Barack Obama and the leaders of Mexico and Canada expressed fear and anger on Wednesday against the “isolationist” and anti-immigrant sentiments that have risen in Britain and been championed by GOP presidential candidate Donald Trump. The leaders warned against “easy solutions” peddled by “demagogues” who “feed on economic anxiety.” (ILLUSTRATION: Three corrupt lackeys)

With tensions growing over terrorism and fallout from Britain’s exit from the European Union, Obama acknowledged that Americans and others have reason to be concerned about their own future in a rapidly globalizing economy. He said concerns about immigrants had been “exploited” by politicians in the past, but he insisted he wasn’t worried Americans will follow that path.

“We should take some of this seriously and answer it boldly and clearly,” Obama said, without naming the Republican presidential candidate. “But you shouldn’t think that is representative of how the American people think.”

Gathering in the Canadian capital, the chief executives defended their calls for freer trade and open borders within the continent and beyond.

Obama claimed that globalization was largely complete. “The integration of national economies into a global economy, that’s here. That’s done,” he said.

Obama’s comments at a news conference with Canadian Prime Minister Justin Trudeau and Mexican President Enrique Pena Nieto came as the leaders sought to show unity amid growing nationalist movements in Europe and elsewhere, epitomized by Britain’s move to leave the 28-member EU.

Britain’s decision has inspired fear among the largely-Jewish operatives of the global financial system. Obama appeared to echo hitherto-unspoken Establishment sentiment when he implied that Brexit may still somehow be thwarted, saying that there would be “genuine longer-term concerns” about global economic growth “if, in fact, Brexit goes through.”

“We are competitors, yes, but we have complementary economies, and that will give more development to our society,” the Mexican leader said.

And Trudeau said the three leaders’ strategy for combatting protectionist views was to “highlight how much trade and positive agreement among our nations are good not only for the economy of the world and the economy of our countries, but it’s also good for our citizens.”

Yet it was Trump and his insistence that Americans are better served by reasserting independence that shadowed the leaders’ meetings at the annual “North American Leaders’ Summit.” Even as the three took the podium in Ottawa, Trump was threatening to pull the U.S. out of the North American Free Trade Agreement, chanting at a rally, “No more NAFTA.”

When a reporter asked the leaders to weigh in on Trump, Obama intervened, suggesting (oddly, considering his own revealing language) his counterparts should be “careful what they say.”

He appeared personally insulted by Trump’s claims to represent the public’s best interests, accusing the presumptive Republican nominee of wrongly purporting to be a populist. He said people like Vermont Sen. Bernie Sanders rightly deserve label of “populist” but that Trump is merely resorting to “nativism,” ‘’xenophobia” and “cynicism.”

“We have to call this mentality what it is: a threat to the values that we profess, the values we seek to defend,” Obama said later during a speech to Canadian Parliament, where a packed audience of about 1,000 interrupted him repeatedly with standing ovations. In another strange development, parliamentarians chanted “four more years” as Obama wrapped up his address — implying that there should be no American election.

Ahead of the summit, Canada announced it will lift visa requirements for Mexican visitors as of December 2016.

Syria: Supporting Terrorists Causes “Refugee” Crisis
Nuclear Deal With Iran Prelude to War, Not “Breakthrough”
Trump's American Pie
Gandhi, Obama, and Race
Mark Weber: Obama's State of the Union Address is an "Implicit Acknowledgment of Failure"
Finally, Some Real Resistance to the Establishment: Angela Nagle's Timely Call for National Labor Co...
Capitalism Needs a Socialist House to Live In
Are You Within a 100-Mile Radius of a Resettlement Site? If So, You Are in the (Ever-Expanding) Targ...
Tags:Barack ObamaBrexitEnrique Pena NietoFree TradeGlobalizationJustin TrudeauObama

“I Feel Betrayed by My Country”: The Swedes Who Think Their Scandinavian Utopia is Being Ruined by "Refugees"

EU to Britain: No Access to Markets Without Retaining EU "Freedom of Movement" Even After Brexit 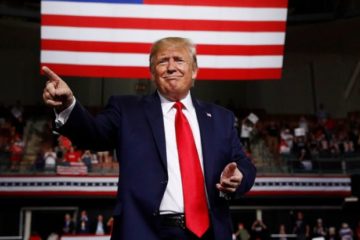 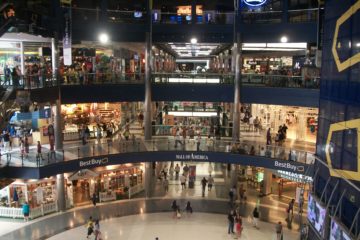