HOMOSEXUALITY is being intensively promoted by the Jews as one phase of their campaign to liquidate our race, which they evidently regard as unreliable livestock. And no one is offering any rational opposition to what is becoming a homosexual epidemic.

Anita Bryant and David Noebel are probably sincere (I am acquainted with the latter, and I feel certain that he is; I have not met the former, but see no reason to doubt her sincerity), but their efforts are necessarily ineffectual and for that reason are mildly encouraged by the Jews, who give them some publicity in their press as typical opponents of “sexual freedom.” Both base part of their opposition on the Christian superstition (i.e., the Jews’ greatest hoax) and tell people that sexual perversion is wrong ’cause Jesus says “naughty, naughty” — an argument which merely excites laughter in persons who are rational and have a modicum of education.

The argument is self-defeating for several reasons. To begin with, it is not true. The recent recovery by Professor Mortimer Smith of part of the homosexual episode that was deleted from the gospel of “Mark” (the one that was included in the “New Testament” when it was thrown together in the Fourth Century by the sect that became “orthodox”) shows that the Christian sects which overtly practiced homosexuality had good authority for it in the then-current tales about Jesus. And, of course, the Christian holy men have in all ages been the foremost practitioners of male homosexuality, and are notoriously so today, probably because the salvation-business attracts males who are insufficiently masculine.

There are undoubtedly two causes of homosexuality, biological degeneracy and induced perversion, and the great difficulty is in determining the relative importance of the two causes, since we know so little about the inheritance of mental characteristics that the biological cause is certain only when accompanied by anatomical abnormality. Induced perversion is our principal concern, since it is the only one that we can try to check at present. Here there is a further division, for we must distinguish between exclusive homosexuality (or virtually exclusive, since some perverts marry and beget children, presumably as protective covering) and “bisexuality,” which is so much in fashion now.

For example, according to reports that I see no reason to doubt, one of the largest fraternities on the campus of the local university, which, perhaps significantly, is the one that particularly tries to enlist White athletes, has a homosexual orgy as its ceremony of initiation into the fraternity to make certain that all the members enjoy such fun, but they also bring in “co-eds” frequently for general copulation, which all the members are said to enjoy also. The phenomenal vogue of “bisexuality” in our time is almost certainly a matter of fashion, i.e., induced by current education, but it also makes it difficult to distinguish between the two types who practice homosexuality.

As you probably know, pornography is one of the most lucrative businesses in the United States as well as a principal weapon of Jewish subversion. Recent trends in that field include: (1) The major pornographic periodicals (of which there are ten, all with paid circulations of from 2,000,000 to 7,000,000, which are for sale on all newsstands) are still heterosexual in their photography, showing attractive females and copulation between male and female, with occasional copulation between females, but never between males. A major part of these journals, however, consists of articles that are not illustrated, comprising both letters from readers who have new ideas about copulation or advice from experts on that subject. These now show a marked increase in emphasis on “bisexuality.” (2) Pornographic periodicals for homosexuals are still a specialized field, and the magazines devoted to it have comparatively small circulations (all under 1,000,000, and all but one under 500,000), and are usually sold only in the pornographic stores, not generally on the newsstands.) (3) The same division of fields is found in the motion picture films which are sold for private viewing. The major business is heterosexual. The significant trend in the past two years has been an ever-increasing emphasis on copulation between White women and Congoid males, with copulation between White males and Mongolian females a secondary trend. (4) Films showing males copulating with males have thus far been a specialized business, i.e., are produced by different firms and advertised to different mailing lists. Very recently, however, two of the principal major distributors, who heretofore confined their business to heterosexual films, have begun to offer “bisexual” films and one even offers homosexual films. It will be interesting to see whether these firms find the homosexual element “good business.”

The Kinsey reports make the claim that 37% of the male population has had some homosexual adventures. I can express no opinion concerning the reports’ reliability, but I observe that the scientific method requires that findings that are to be generally accepted must be subject to independent verification, i.e., the experiment can be duplicated by other investigators with the same results.

This is not true of the Kinsey reports, which, by the way, were financed by one of the Rockefeller foundations. The reports purport to be conclusions drawn from the interrogation of persons (not classified by race or social status and selected by procedures not clearly defined) whose answers were recorded in a code known only to the investigators on cards that are kept secret with a provision for their immediate destruction, should anyone obtain from a court an order for inspection of the data. In these circumstances, it is possible that the data were partly or entirely fabricated by Kinsey and/or his assistants. One cannot accuse them of fraud, but neither can one absolve them of suspicion of it.

The Kinsey report has been attacked by many psychiatrists, who are usually polite enough to profess belief in Kinsey’s good faith. I note, for example, that his “37%” conclusion is dismissed as ”fantastic” by Drs. Edmund Bergler and William S. Kroger in their book, Kinsey’s Myth of Female Sexuality (New York, 1954), p. 185, where they also comment that the effect of his erroneous report (in which they earlier identify twelve methodological errors that “eliminated the last possibility of arriving at even approximately correct results”) would be to increase the practice of male homosexuality by convincing the young that it is common and therefore presumably normal. That, undoubtedly, has been the effect.

In fact, if Kinsey had been hired to destroy what was left of sexual morality in this country, he would have manufactured his ostensibly objective report as the most efficacious means of doing so.

However that may be, I believe the only effective opposition to homosexuality must be based on racial grounds, i.e., on considerations that will be disregarded so long as the Jews control the mentality of our hapless race.

At that point, of course, the problem of homosexuality becomes merged with that of the general prostitution of American females. Our public schools try to get children to start copulating as early as possible (that was one of the stated objectives in the “consolidation” of schools, requiring the hauling of children long distances and away from the communities in which their parents reside, while the unstated objective was preparation for “integration” to force White children into the most degrading association with sub-humans). Most schools in which the children are puberate now have special classes to teach copulation, and “health programs” which supply contraceptives to the females so that they will have no hesitation about copulating with any male. No stable family can be founded on a marriage between a man and an unpaid whore for whom he cannot have the slightest respect.

Jews Commit White Genocide as a Hiding Mechanism
The Exemplary Jews
Cecil B. DeMille’s The King of Kings (1927)
Meet the Jewish Billionaire Who Controls the Media and ‘Opposition’ Parties in South Africa
Lost and Last
87-Year-Old Ursula Haverbeck Sentenced to 11 Months Imprisonment for Doubting Jewish WW2 "Holocaust"...
A Centennial You Should Notice
The Enemy of Our Enemies: A Critique of Francis Parker Yockey's The Enemy of Europe, part 1
Tags:Homosexual AgendaHomosexualityJewsPornographyRevilo P. Oliver 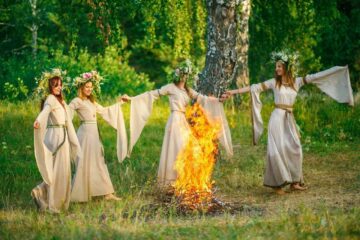 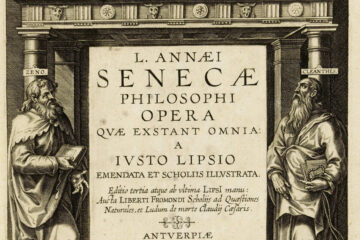 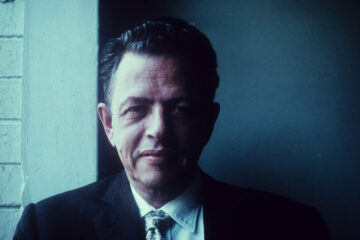 May I be permitted to quote
a Hollywood movie character? “Faggotry is as faggotry does!”