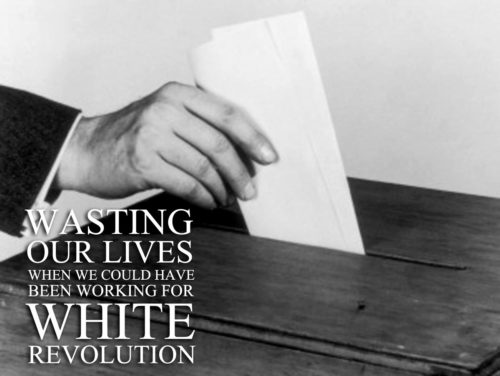 Is something wrong with the nationalists’ approach to the public — or is the route of appealing to the masses through the “democratic process” a wasted effort from the beginning? Here is the election news and opinion of Britain’s Heritage and Destiny magazine.

THIS WEEK’S elections have been a disaster of historic proportions for the British nationalist movement, forcing a serious rethink of our whole strategy and organisation. In our capital city we have seen the worst nationalist result in the history of the London mayoralty and GLA.

2012 seemed as bad as it could get for the BNP, when its London mayoral candidate Carlos Cortiglia polled 1.3% and its GLA list 2.1% – but this year was a lot worse, with the mayoral vote falling to 0.5% and the list vote to 0.6%.

Back in 2008 the BNP polled 5.4% in the GLA election and won a seat. In just eight years the party’s vote in the capital has collapsed to microscopic levels: eight of every nine votes have been lost. The tragedy is that many of its activists, including mayoral candidate Dave Furness, are decent people — but they are now flogging a dead horse for the benefit of a crooked national leadership interested only in milking donations and potential legacies.

This year the BNP was outvoted in London by the anti-Islamic party Britain First, which had benefited from extraordinary levels of media coverage over the past couple of years, although even these Britain First results are poor by all previous nationalist standards: 1.2% for the mayoralty and 1.5% for the GLA list. Contrary to earlier false rumours online, both Britain First and the BNP were beaten by fringe parties such as Women’s Equality and George Galloway’s Respect. The BNP also lost to the likes of “Cannabis is Safer than Alcohol,” the Animal Welfare Party, and the Christian People’s Alliance.

Paul Golding’s party might win a few recruits from the BNP now, having achieved more than double the BNP’s vote in London, but it is difficult to see how it can contribute to the broader nationalist cause.

Earlier this year the BNP made the fatuous announcement that the party was now concentrating its resources only on council seats that were thought winnable. The truth was that they were desperate to find candidates in any branch that could summon up the resources, but this amounted to only seven candidates in the entire country outside London.

The only truly winnable seat was Marsden ward, Pendle, home of Brian Parker — the only surviving BNP councillor in Britain. John Rowe was narrowly defeated this year in his latest bid to join Cllr Parker — losing to the Conservatives by just 36 votes and polling 437 votes (36.4%).

Predictably this was by far the best nationalist result this year. Elsewhere BNP candidates were heavily defeated, even when (as in Pendle) they had no UKIP opposition. Despite UKIP’s absence, Chris Barnett was badly beaten in Gannow ward, Burnley — a ward which the BNP once won. He finished a distant third with 113 votes (8.8%). The final nail in the coffin of Burnley BNP was the crushing defeat of Chris Vanns in Rosegrove with Lowerhouse ward: He was bottom of the poll with 45 votes (3.8%).  UKIP gained just one seat in Burnley: Hapton with Park, which was once the strongest BNP ward in the country.

The BNP’s only candidate in Yorkshire — Chris Houston in Kingstone ward, Barnsley — had no UKIP opponent and managed a decent 198 votes (11.0%), though this was well down on BNP votes in the same ward back in 2007 and 2008.

Another acceptable BNP vote was achieved by Bill Kitchen who polled 200 votes (7.6%) in the St Peter’s ward of Tameside: one of only two BNP candidates in the whole of Greater Manchester this year. He had no UKIP opponent, but finished bottom of the poll. In nearby Reddish South ward, Stockport, the BNP’s Ged Williams was not so lucky: he polled just 42 votes (1.3%), while UKIP finished a distant runner-up to Labour with 14%.

In the whole of southern England (outside London) the BNP had just one candidate: John-Laurence Moore in Hayling West ward, Havant. This concentration of resources didn’t help Mr Moore, who polled 12 votes (0.5%).

Former National Front chairman Kevin Bryan achieved the NF’s best result of 2016, and proved (as with some of the BNP results) that it is still possible to achieve a respectable vote when there is no UKIP opponent. Mr Bryan polled 128 votes (10.2%) in Irwell ward, Rossendale.

As with the BNP, the National Front was unable to compete with UKIP when both parties were standing. In Kingstanding ward, Birmingham, Terry Williams finished 6th of 7 candidates with 21 votes (0.5%). Elsewhere in the city his NF colleague Adrian Davidson polled 37 votes (0.8%) in Oscott ward, while Paul Morris took 46 votes (1.0%) in Sheldon ward. In Bricknell ward, Hull, the NF’s Nick Walsh polled just 7 votes (0.3%).

Despite having UKIP opposition, the NF’s Chris Jackson managed a commendable 77 votes (2.2%) in Todmorden ward, Calderdale. There were two NF candidates in the Derbyshire borough of Amber Valley: Mick Sharpe polled 15 votes (1.0%) in Ripley & Marehay, and Tim Knowles 14 votes (1.2%) in Langley Mill & Aldercar.

At the Scottish Parliament election, NF chairman Dave MacDonald finished 9th of 12 on the regional list for NE Scotland, polling 617 votes (0.1%). In the Welsh Assembly election the NF list for the SE Wales region polled 429 votes (0.2%). In the only nationalist campaign at constituency level in London, NF veteran Richard Edmonds knew he was unlikely to make much impact against UKIP, and so it proved: he polled 1,106 votes (0.6%) in Croydon & Sutton.

On a generally grim night, one of the more respectable national results was achieved by Dr Jim Lewthwaite of the British Democratic Party, who managed to defeat both the Lib Dems and the Greens in Wyke ward, Bradford. Dr Lewthwaite polled 89 votes (2.8%). Elsewhere in Bradford, independent Lynda Cromie regained the Queensbury ward seat that she once held for the BNP. Mrs Cromie joins her husband Paul (a local millionaire and former BNP organiser) as a Queensbury independent councillor. Neither of the Cromies has had any connection with the nationalist movement for several years.

The new British Resistance party was no exception to the rule of nationalists being crushed by UKIP – even while UKIP itself failed to make significant gains. One of the party’s leaders, ex-BNP organiser Carl Mason, polled 9 votes (0.4%) in Nunnery ward, Worcester. His colleague Linda Bell polled 16 votes (1.4%) in Gorse Hill ward, while Alan Draper managed 6 votes (0.4%) in St John ward.

In Barton ward, Salford, the new party’s candidate Wayne Tomlinson took 17 votes (0.7%), while his colleague Eddy O’Sullivan (previously a frequent BNP candidate) polled just 9 votes (0.4%) in Swinton South, where he was beaten by the English Democrats as well as UKIP.

In Besses ward, Bury, one of the English Democrats most dedicated activists Steve Morris polled 280 votes (11.5%): he clearly benefited from the absence of UKIP in his ward, but even so this was a good result. UKIP’s absence didn’t save fellow ED Dr Paul Rimmer from a drubbing in the Liverpool mayoral election, where he finished bottom of the poll with 2.7%.

UKIP’s results so far have been patchy, with the party once again failing to win seats in Oldham, where their closest second-place was achieved by an Asian candidate in Waterhead ward. In Dudley, expected to be one of UKIP’s strongest boroughs, they gained just one seat. Yet again there seems to be an East/West rather than North/South divide where UKIP is concerned, with its successes heavily concentrated in parts of Eastern England, while failing to make any breakthrough in the North West, and enjoying only slight success in the West Midlands.

Overall UKIP seems to have made a net gain of 26 council seats across the whole of England: unimpressive when one considers that this is by comparison with 2012, which was not a vintage year for Nigel Farage’s party. UKIP gained two seats on the GLA, having failed at the previous two elections, taking the party back up almost to the level of London support it held in 2004. 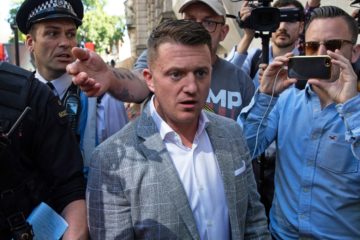 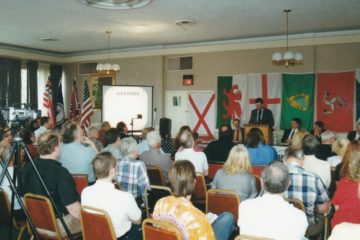 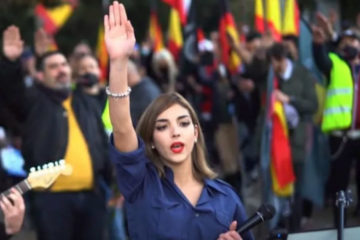 The secret of the failure of British Nationalism is that it is ‘British.’, in other words, Tory. 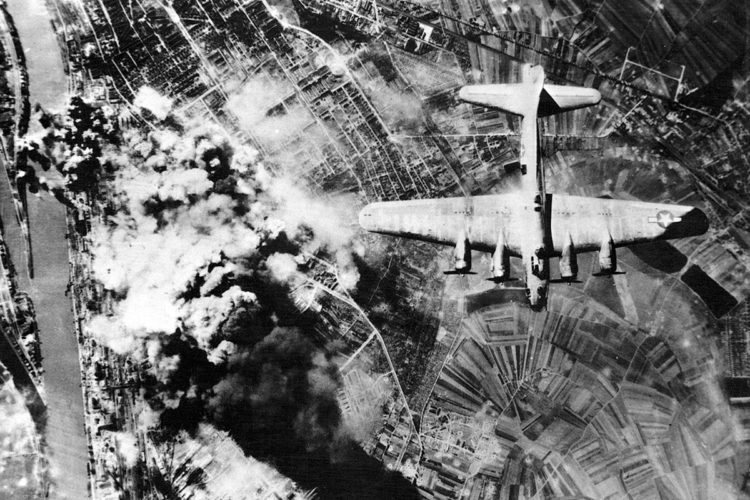