Please watch the amazing video above, recorded at a communist indoctrination center.

THIS IS the state of “education” in the Current Year. Welcome to Portland Community College, the Harvard of the Beaver State, and their bizarre “Whiteness History Month” program. An unseen student loan debt victim with absolutely no bass in his voice poopy-talks while a well-fed Jew “academic” sagely nods along as the drivel spews out. The unseen representative of generation nothing demonstrates the massive value of a liberal arts education in enhancing one’s rhetorical skills and critical thought processes by repeatedly saying “like” and expressing a bizarre concern that his self-negating fear and weakness might be offensive to genetic aliens that want him violently dead.

Meanwhile, the poisonous mushroom who one commentator called “AIDS Bubba Ray Dudley” stands in front of an Orwellian poster depicting the empty, soulless and hostile eyes of a negro child that will act as a replacement for the White children you didn’t have because you were chasing careerism and “higher learning.” In this classroom weakness is truly strength as the man with no chest who already owes big Jew an obscene amount of shekels expresses guilt for sensible self-preservation when confronted with 70 I.Q. tar monsters. That “racist” Eloi and his above ground privilege, so ignorant.

Everyone has a good laugh over the idea that a group of “teens” might be dangerous to a lone White who is unarmed and has never lifted a weight in his life. Yeah, I’m sure you’ll be fine, just like on the talmudvision. The Jew professor shares some “wisdom,” using a bizarre word-salad that conveys absolutely no meaning. While the merchant’s beady criminal eyes pop open this sinecure criminal discusses the “power relationship” in the “narrative” and how a natural aversion to a failed branch of humanity that commits ten times the violent crime as Whites is very, very wrong and you need a lot more of these classes to learn to be oblivious to menacing hominids until it’s too late.

Ironically everything the criminal Jew says could be summarized by “Diversity causes low trust, conflict and societal destruction,” or perhaps simply “2 + 2 = 4,” but these conclusions are Wrong Think and as such must be rejected. Instead, let’s talk about our feelings, because that makes more sense than approaching the problem rationally and realizing that the negro, la-teen-oh and Jew has to go if Whites are going to survive.

A bloated and heavily tattooed arm pops up. This should be good. 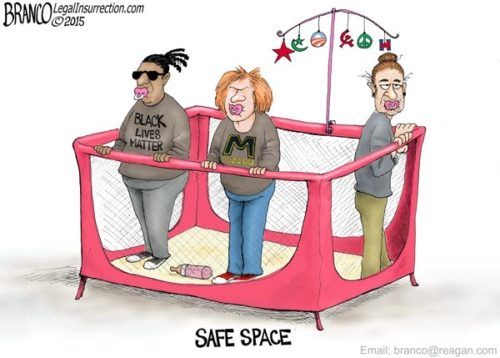 We get a rambling and semi-coherent tale of a “multi-racial family” (Wow, kewl! Just like on the telavivision!) which somehow segues into the evil of the “White guy smile.” This particular bit of Face Crime occurs when Whites meet the sullen and hostile gazes of the alien outsider we support with our taxes and offer a goofy smile to try to break the tension and prevent polar bear hunting. Because of this “racism” we might want to completely adjust our facial expressions to fit the diversity nightmare state the Jew has created. Seems reasonable.

Is it a “White” smile or a “normal” one? Ask yourself this, comrade. Turn yourself in.

We wrap things up with the phone number to the PCC President, a woman who looks clinically insane. I sincerely hope no one uses that number in an inappropriate fashion, but I’m sure you wouldn’t.

Non-White Students At University Of Michigan Demand Segregation
Seattle-Area Councilman: Hosing Feces-Covered Sidewalks Might Be "Racially Insensitive"
The Most Logical Explanation for Jewish Hegemony in the United States
The Id of the Yid
The Last Stand
The Education Before Matriculation
What Happened to America?
The Words of Adolf Hitler, part 3: Education; The Enemy; Struggle
Tags:EducationJewsLiberal InsanityPolitical correctnessRacismStudents

Fred Streed's Affidavit for Will Williams 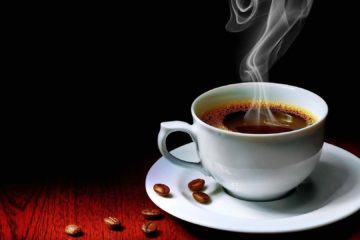 I give minorities what my children call the “White_Warrior” smile – I look at the sub-human filth eye-to-eye and tell them to ‘get the f##k out of my country.’ Oh you are wicked White_Warrior you are an educated man but you behave with the manners of a barroom brawler. No! I do not! I am serious. Good manners, polite speech, educated communication are for Aryans and Aryans only. Jews, niggers, chinks, wet-backs and other assorted racial filth can detect weakness as easily as a predator can sniff-out wounded prey. Be serious, show them that you mean business – grow some proverbial ‘balls’ and do not apologize to any non-Aryan for anything you as an Aryan man or Aryan women might do. By the way – the woman in the video… Read more »