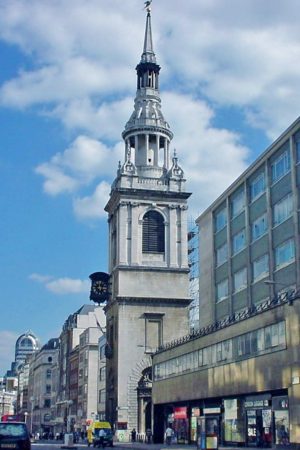 IN A SOMEWHAT unprecedented move, the BBC, that bastion of political correctness, is set to mark if not mourn the passing of the Cockney folk who have for centuries characterised the East End of London. In a programme to be broadcast on 24th May, the ‘Last Whites of the East End’, the BBC will tell us that the London Borough of Newham, the population of which is now almost 73% of Black or ethnic minority origin will soon witness the demise of Cockney culture and the dwindling to extinction of its last White residents.

The white population of Newham is leaving in droves, according to the programme and Cockneys are becoming an endangered species.

Newham was within living memory an almost all white working class area, with the majority of men dockworkers, but it has now become the most multicultural place in the UK, with 147 languages spoken across the borough.

But why we should ask are the BBC marking this dwindling into extinction when they have not been similarly sentimental about the displacement and replacement of Cockneys elsewhere in neighbouring London boroughs and about the similar fate befalling the wider White population of London?

A Cockney according to folklore was a person born within the sound of ‘Bow Bells’, those bells referring to the bells of the Church of St Mary-le-Bow (pictured), which is situated in the Cheapside district of the City of London. It is estimated that prior to motorised transport the bells could be heard for a distance of four to five miles and would have taken in much of the centre of London, but in more recent times Cockneys have tended to be regarded as the traditional working class inhabitants of the East End of London, occupying the districts of: Bethnal Green, Whitechapel, Spitalfields, Stepney, Wapping, Limehouse, Poplar, Clerkenwell, Aldgate, Shoreditch, Millwall, Cubitt Town, Hackney, Hoxton, Bow and Mile End, and to some extent Bermondsey and Peckham.

Many of the districts named fall within the neighbouring borough of Tower Hamlets from which the White working class have similarly been extensively displaced and which now has a Black and ethnic minority population that is 55.5% of the total population. This is the London borough in which Derek Beackon was elected in 1993, in Millwall Ward, as the British National Party’s first elected councillor, and which featured in a BNP video some years later produced by Eddie Butler, entitled ‘East Ended’, which dealt with the very same phenomenon of White displacement and the dwindling White population of the East End.

The video produced by Eddie Butler of course deplored the ethnic displacement and race replacement of Whites in the East End and was in effect a ‘call to arms’ calling upon White people to join the BNP and organise in their self-defence, and this is where the difference lies with regard to the forthcoming BBC documentary.

In my opening paragraph, I state that the BBC documentary ‘marks’ rather than ‘mourns’ the passing of Cockney folk. The BBC website states, “Newham has been shaped by immigration for generations” and the programme includes statements by some immigrants who it claims, feel they are ‘proper East Enders’, people like Usman Hussain, whose family moved to East London from Bangladesh in the 1930s.

Apparently Mr Hussain is a fifth-generation Londoner who says he is pleased to see more Muslims in the area but, at the same time, misses the white friends he knew when he was young.

Speaking on the documentary, he said: ‘I do often think if my childhood friends were around right now they would say, “He’s more British than us. He’s more proud of being an East Ender than us.”‘

So far from being a ‘call to arms’, and far from mourning the passing of genuine Cockney folk, the BBC documentary is a smug multi-cult reading to the ‘last Whites’, of their ‘last rights’, as a prelude to the death of their traditional culture and identity and as a prelude to their extinction as one of the folk communities of old London.

Below is a table compiled from statistics provided by a government website, which shows the percentage of the populations of the boroughs of London who were born abroad and the percentages who are of BAME (Black and Minority Ethnic) origin.

These statistics show clearly the large non-White populations that have developed in recent years in most areas of our nation’s capital, and the relationship between the two sets of figures demonstrate the lie often repeated that ‘most of them were born here’.

The 2011 Census showed that just 13%, i.e. slightly more than 1 in 8 foreign born residents of the UK classified themselves as ‘White British’, and therefore, while a minority the White population may have been born abroad thereby marginally reducing the first statistic, the close correlation between these two sets of figures strongly indicates that the majority of people of Black and minority ethnicity were born abroad.

We must never allow ourselves to become demoralised by this sort of propaganda, and we should always keep in mind that any setback can be reversed and our goal must be to reverse what has happened to our capital city and to fight for a return of our homelands, and for a healthy, wholesome, all-White Britain.