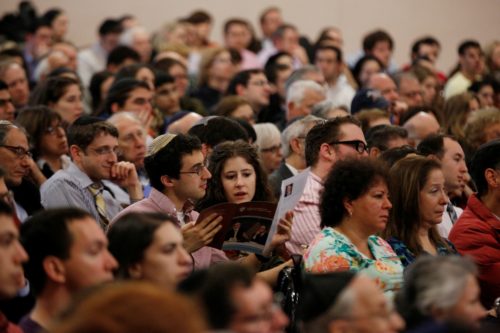 IS IT “anti-Semitism” which makes them behave the way they do? Is it the fact that Gentiles “persecute” them which causes them to develop their nasty habits and their aggressive behavior toward Gentiles? That’s what they would have us believe.

Their behavior toward each other where there are no Gentiles and no anti-Semitism belies that answer, however. The October 12 issue of the Jewish Post and Opinion carried a news item from Tel Aviv, Israel, about the problems faced by that city’s hotel owners:

“No group of guests is as destructive as the Israelis,” a senior executive in one of the city’s most prestigious hotels stated. He said Israeli guests steal towels, bath robes, ashtrays, shower parts and furniture. In addition they stub cigarettes out on the carpets and refuse to vacate their rooms at check-out times, plus they complain about almost everything. . . .

Representatives of the Hotel Managers’ Association complained bitterly to Tourist Minister Avraham Sharir over damage to hotel equipment by guests tearing furniture and equipment apart in an attempt to steal it. . . .

Apparently, this aspect of the Jewish character is a source of pride rather than shame to many of them. A National Vanguard subscriber vacationing in the Alps this past summer was waiting in a long line of other tourists of many nationalities for an elevator ride up to a lookout point above a glacier. He observed a young woman casually walk to the front of the line and pretend to greet a friend who had been holding a place for her. The expression of surprise and confusion on the face of the “friend” did not escape the observer. Over the next five minutes approximately a dozen genuine friends, by ones and twos, joined the young woman at the head of the line. The other tourists were visibly annoyed by this maneuver, but they were too polite to challenge the line-jumpers.

Later the National Vanguard subscriber found himself descending from the lookout point in the same elevator load with the young woman and several of her friends. He did not recognize the language they were using and could only surmise that it was Hebrew, but he nevertheless said to the woman: “Say, you’re from Israel, aren’t you?”

She replied in English: “That’s right. How did you know?”

“I saw the ruse you used to get to the head of the line,” he answered.

Instead of being angry or embarrassed, the young Jewess burst out laughing. 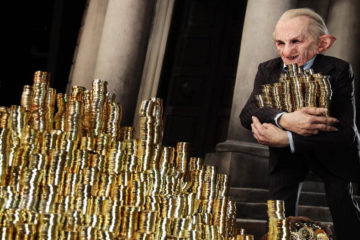 The jews have dwelt on the holocaust – the efficient supermassive murder-machine, as they describe it – with such authoritarian reverence, it makes one wonder….why jews seem so concerned there will be another holocaust, as if they and their compatriots were acting in a way that they knew would draw the ire of the goyim. Or why all jews didn’t flee the West (including America) after the holocaust, by moving to countries lacking the wherewithal to cause another one, such as Zambia, or simply move to Israel.