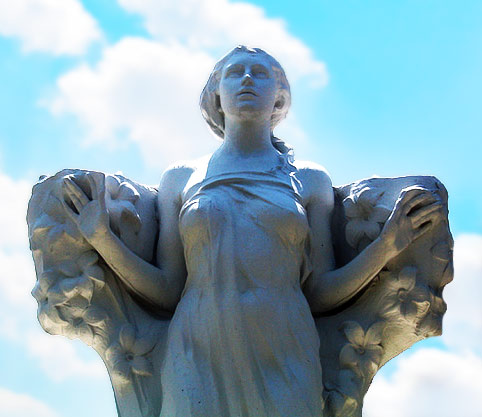 Against the Jewish critics and the Jewish press who pushed “modern art,” Federici held true to his principles.

GAETANO FEDERICI (1880-1964) was an Italian-American artist — a real artist — and sculptor who idealized the human form and spirit. Emulating the stylistic idioms and genres of ancient Greece and Rome at a time when classicism was very much out of fashion with the largely Jewish art establishment, Federici’s works exuded a noble European feeling, standing in sharp contrast to the work of most of his contemporaries. (ILLUSTRATION: Federici’s Spirit of Resurrection, commissioned by the Laurel Grove Memorial Park, New Jersey, in 1936)

Even more, his paintings and statuary are reminders of the cultural atmosphere that once existed in the formerly great city of Paterson, New Jersey, where Federici made his home in an America that was still White. A comparison of his works and times with the Paterson of today cannot fail to bring a tear.

Just like thousands of American cities which were built upon a foundation of White genius, labor, vision, and sacrifice, Paterson is now a crime-infested, chaotic multiracial jungle with nearly a third of its ‘citizens’ illegal — and more than three-quarters of them non-White. It is no longer reflective of our European culture, but is more like a cross between Peru and Liberia. As happened in ancient Egypt, if America continues on its present course of racial mixing and massive non-White immigration, only scattered fragments of her architecture, writings, and artwork will remain as a testament to her past greatness.

Most, if not all, of you reading this know what I am about to say. But it is so crucially important that I deem it worth reiterating. Racial mixing is something that, taken to its logical conclusion, would take away the uniqueness and diverse characteristics of all the subspecies of humanity. Thus, by eradicating any heterogeneity or diversity among the races of mankind, we would subsequently become homogenized into one amorphous — and largely worthless, by our high standards — gene pool. If morally sick liberals and multiculturalist-mongers really love diversity as much as they would have us believe, then they would support an effort by Whites to preserve their own special genes and culture.

A few honest liberals may do that. But the establishment’s mentality is quite different: ‘Hispanics,’ Asians, Blacks, Indians, Jews, and others can work for their own collective interests. When Whites attempt to do the exact same thing it is condemned as “evil” by the establishment. Since racial survival is the categorical imperative, that condemnation tells us nothing about White nationalists — and everything we need to know about the establishment.

Gaetano Federici died in 1964, the year before an alliance of Jews and ‘liberal’ Whites opened the floodgates of non-White immigration, setting the stage for the destruction of Euro-America.

We should fill our waking hours with the beauty created by the great musicians and artists of the European tradition. Nothing is more soul-satisfying, heart-nurturing, inspiring, or life-affirming than that. There should be no room in our lives for the soul-destroying culture of ugliness that the System pushes down our throats every minute of every day. As writer and National Alliance member Jack Pershing once said of the garbage culture of the modern world: “Our response to this society should be to reject it.” 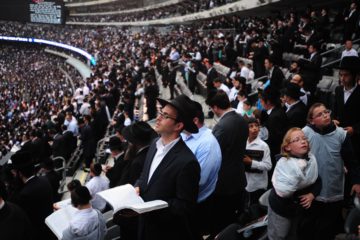 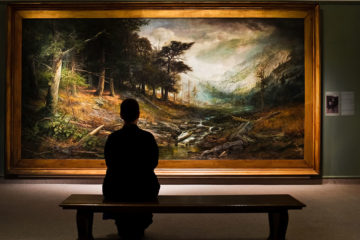 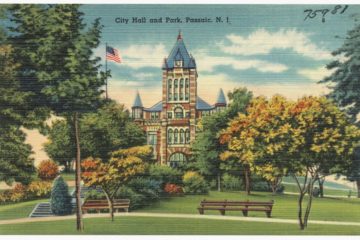 Past weekend and today, we’re having a flourish of fireworks in celebration of Victoria Day in the Great White North. Much of its meaning lost on the hordes of avaricious aliens we now harbor. Their function beyond the malevolence of barbaric ambition, is to camouflage the junta of orientalist interest.

American Artist, Gaetano Federici’s work deserves more celebratory regard than both mask and monster here, even if at the distance of citizen of a neighbor nation. Moreso than all our multicultural foreign-nationals; and their cosmopolitan traders, emboldened over the last fifty years of putative immigration into Canada.