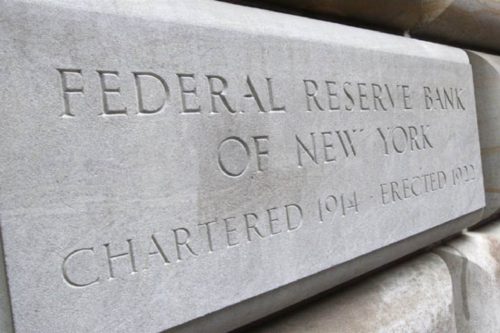 Introductory Note: This essay details how the Federal Reserve Bank of New York embezzles $3 billion daily using their exclusive control of the auction accounts of Treasury securities. These accounts are customer accounts — not operational accounts — and they have never been audited.

The author was inspired by an economics professor who informed his graduate class in money and banking about how the Federal Reserve Bank of New York (FRBNY) creates and hides phenomenal amounts. The professor had previously been employed by the FRBNY.

The unidentified Wall Street owners of the Federal Reserve Board of Governors are assumed to be the same financiers who own the “Too Big to Fail” (TBTF) banks who are among the Primary Dealers in these auctions. That is the only feasible destination for the funds created.

This embezzlement by the Board of Governors (BOG) is the financial fountain that controls and funds the International Monetary Fund (IMF) and World Bank (WB) that is devastating the world with debt.

MANY ARE aware of the fact that the government incurs a trillion dollar increase in the national debt annually in order to spend money it does not have. Congress-critters can then fund pork barrel projects back home, feed the special interests, and get votes. Is theft by inflation for these “freebies” — or to pay for what has become our perpetual war to bring “freedom and democracy” to the world at the price of chains and slavery — the whole story? Far from it.

How Money is Created

For Congress to get the book-entry money credited to the government’s bank account, the Treasury Department must send a Treasury security to the FRBNY. Then the Fed will honor checks on the account. The fiat money is added to the economic system (and inflation occurs) when the government spends the money.

The Fed purports that this operation is a “loan,” but there is no actual consideration put up by the Fed. If a consideration were actually conveyed, there would be no increase of money in circulation and hence no inflation. What really happens is that numbers are merely entered in a ledger (by the FRBNY) while no substance, and no deduction from any account, is involved. The “loan” is a scam. The fact that Ben Franklins, Washingtons, Lincolns, etc., are purchased by the Fed (for pennies in printing costs alone) from the government is ignored by Wall Street sycophants. It is weird that the existence of a “loan” is alleged, while at the same time the owners of the Fed/BOG are not identified — and the Fed/BOG is trumpeted as a government agency, falsely suggesting the absurd proposition that the government is lending money to itself.

When the recipient of a government check takes the check to the bank for cash, he is given Federal Reserve Notes. A “note” is normally a document showing that someone (in this case the Fed) owes you something (in this case, dollars). The Fed purchases the Federal Reserve Notes (that have been printed by the U.S. Treasury) for 4 cents to 15 cents each depending upon the face amount. Those promissory notes have historically promised they could be redeemed in lawful money, or that they could be redeemed in gold or silver, or that they were commercial paper. Today they convey only that they are “legal tender.” That expression means that, by law, you must accept them as if they were dollars. They are currently declarations by the Federal Reserve to pay you nothing.

What happens to the security received by the FRBNY as collateral for the “loan”? The bank auctions it off to the public and pretends it is being sold by the Treasury Department. You are led to believe the money will go to the government. It does not.

More than $8.5 trillion in marketable Treasury securities are auctioned annually. $7 trillion of the National Debt is rolled over by auctioned securities along with about one trillion dollars of new deficit spending securities. The $7 trillion is credited to government accounts to pay off Primary Dealers (PDs) who have collected maturing and called securities. There is no increase in the amount of funds in the market (inflation) or increase in the national debt incurred from the rollover.

All disbursements of auction funds are handled exclusively by the FRBNY. (Ref. 31 CFR 375.3) These accounts have never been audited. All audits of the Fed are conducted in accordance with guidelines established by the BOG. The auction funds are in client accounts; they are not operational accounts. The auction accounts are not mentioned in the Annual Report to Congress.

Like the prosecutor says: “Follow the money trail.” Seven trillion dollars goes to the PDs. One more trillion can be added to the cover and never be noticed.

Pundits have endlessly mulled the question: “Who owns the Fed?” The Fed as quasi-government agency is a facade. Though documentary proof has not been produced, it is likely the Fed’s BOG is a privately held corporation owned by the TBTF banks. The trail of money goes in no other direction. Privately held corporations are not required to file papers with the SEC, and Wall Street maintains control. (The 12 Federal Reserve Banks are recognized as privately owned franchisees under supervisory and administrative control of the Board of Governors. That is not a subject of this article.)

If the trillion dollars from deficit spending went to the owners among the Primary Dealers, that would be paying the owners of the BOG. No feasible alternate destination for the funds has been found, but the funds cannot remain in the accounts of the FRBNY.

The scam fed to the public conceals the astonishingly huge hidden profits from auctioned securities. It was undoubtedly the same scheme used by the Rothschild family in Europe centuries ago and was resurrected on Jekyll Island in 1912. The transfer of money to the owners from the auctioned deficit spending securities is pure profit. It amounts to $3 billion profit daily — seven days a week, 52 weeks a year. And the public never sees it, never hears about it, never knows about it — and it has been happening for over a century. [It is no wonder the enemies of our people seem to have unlimited funds — funds stolen from us. — Ed.]

These are the same bankers who have created over $200 trillion in toxic derivatives. They have bribed Congress to guarantee that the eventual bankruptcy of the derivatives will be borne by the depositors, by pensioners, by government workers, and by the taxpayers of the United States through so-called “bail-in” laws giving the bankers priority over all other creditors. The bankers are protected. We are not.

They are also the same bankers who, using nefarious means, have used the IMF and WB to impose unpayable national debts on the people of Greece, Portugal, Italy, and more than 100 other nations resulting in bankruptcy, oppression, social chaos, and impoverishment. Their internal memos have identified “collection” of the $19 trillion U.S. national debt as their “ultimate goal.” The current trends in the U.S., including the elimination of the middle class, are similar to those the IMF and WB have imposed on nations around the world for decades. The vultures are circling the soon-to-be corpse of America.

So who will prosecute the Fed for stealing a mere $19 trillion? — for setting up the United States for national bankruptcy? You might ask your Congress-critter, but do not hold your breath. Legislators are a major beneficiary of Wall Street. It took an average of only $50,000 to get their votes for the Trans-Pacific Partnership (TPP) — another Wall Street get-control scheme.

[Perhaps David Sims said it best on the subject of this phony bankers’ debt: “[T]he debt should be repudiated, and any creditor who wants to fight about it should be asked whether he wants his repayment in 10, 20, 50, or 100 megaton denominations.” — Ed.] 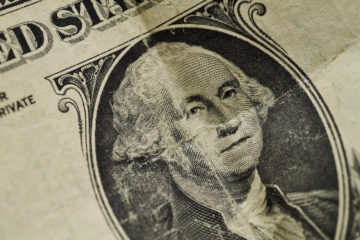 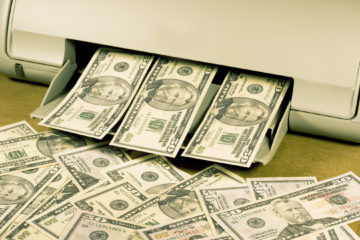 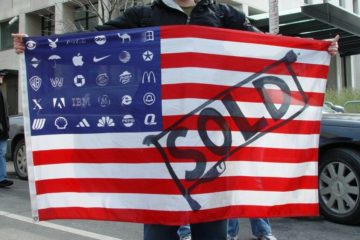 The COVID-19 Economic Crisis is One Big Gay-Op

Old news! It is something that I and millions of other perceptive people around the world already know. The great industrialist Henry Ford was talking about this problem almost a century ago. And so in 100 years nothing has changed as far as lemmings go. The reality, both social and financial, is that FIAT money will always be with us. You cannot run a structured and efficient featherless bipedal society without it. The crucial element of that society is who controls the FIAT money. Us or the Jews!! I say repeatedly that the only solution to the problem is white revolution. Everything hinges on the white race gaining total control of its own destiny. Until this happens nothing will change – we will sip tea and continue to complain about… Read more »

You wrote: “The reality, both social and financial, is that FIAT money will always be with us. You cannot run a structured and efficient featherless bipedal society without it. The crucial element of that society is who controls the FIAT money. Us or the Jews!! I say repeatedly that the only solution to the problem is white revolution.” I quite agree that fiat money is not the problem and that the real problem is who controls the money system, the Jews or us. For what purpose the system is managed is also important: Shall it be a scam, as fractional reserve banking is, strictly to enrich the controllers — or shall it be designed to honestly reward those who benefit the race and nation, protect honest people’s savings, et cetera?… Read more »

Read the book by Gertrude M. Coogan written in 1935 and entitled, Money Creators, Who Creates Money? Who should Create Money?

This is a book Dr. Revilo Oliver recommended. In it, Coogan exposes the FIAT fraud, the FED, fractional reserve banking and the so-called gold standard. These are issues that were discussed in 1935 and as far back as 1925 – they are old news, but news every racially aware white must know.

You must remember one important fact about modern education – the economics courses given at universities and school around the globe are now designed to confuse the student – not enlighten him. Perhaps things were different in the 1930’s – who knows.

If you cannot get a copy of the book by Coogan I can email you a copy.

I want to thank NV for posting the article which came to my attention today. The destination of auction funds as detailed is the only known viable conclusion within the parameters of the situation.

Numerous footnotes have been added to the writing. With the indulgence of NV, they can be read at https://www.scribd.com/document/355085824/Embezzlement-by-Federal-Reserve.

The big banks also lease gold. If you want to lease gold, you pay a certain percentage every month and gamble that the price of gold will go up more than the percentage you pay to lease it. Then you can sell it and make a profit. However, the people that do this never take actual possession of the gold. The banks lease the same physical gold out to many investors. This is called rehypothecation and is not really different than what they do with bank deposits, loaning them out over and over again. This is also why, when Germany asked the New York Fed for the country’s 300 tons of gold a few years back, the Fed told Germany it would have to wait seven years before it could… Read more »