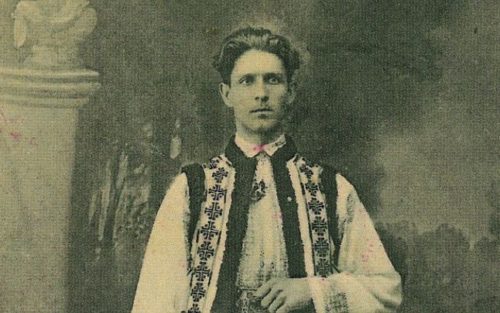 In this piece, the founder and leader of the Romanian Iron Guard, Corneliu Codreanu, assails the vices of pluralistic and plutocratic “democracy”: Its factionalism, divisiveness, and propensity to elevate Jews and aliens over the interests of a native people and its own nation. He also attacks democracy as lacking perseverance, genuine authority, and for its being beholden to the interests of high finance and big business. He calls for a Romanian fascism that would unite the nation and obliterate Jewish influence.

The less violent and less visionary solutions proposed by the fascists were more palatable to the East European masses than were the Communist solutions. Among the several brands of fascism that flourished in Eastern Europe between the wars, the most representative of the historical tradition was the Rumanian populist variety expounded by the Iron Guard, which blamed the oppression of the peasant on the Jews and the “Jew-like” ruling establishment. Fascist populism rejected the democratic process and advocated reliance on the “Volk” for the attainment of the fascist revolution in Rumania. The following excerpt from the writings of Corneliu Zelea Codreanu, the leader of the Iron Guard, is characteristic of the views of the Rumanian fascists, who attracted a considerable following in the countryside and among industrial workers and intellectuals in the 1930s.

I should like to make a few remarks, derived from daily experience, in a manner that can be understood by any young legionary or worker.

We wear the clothes and embrace the forms of democracy. Are they worth anything? We don’t know yet. But we do know one thing. We know it for sure. That some of the largest and most civilized nations of Europe have discarded those clothes and have acquired new ones. Did they get rid of them forever? Other nations are doing their best to dispose of them and to get new ones also. Why? Have all nations gone mad? Are the Rumanian politicians the only wise men in the world? Somehow I doubt it.

Those who have changed them and those who want to change them must each have their own reasons.

If we have no reasons to do so, if the reasons are no good, then we shall keep the clothes, even should all of Europe get rid of them.

However, they are no good for us either, because:

1. Democracy destroys the unity of the Rumanian nation, dividing it among political parties, making Rumanians hate one another, and thus exposing a divided people to the united congregation of Jewish power at a difficult time in the nation’s history.

This argument alone is so persuasive as to warrant the discarding of democracy in favor of anything that would ensure our unity — or life itself. For disunity means death.

2. Democracy makes Rumanian citizens out of millions of Jews by making them the Rumanians’ equals. By giving them the same legal rights. Equality? What for? We have been here for thousands of years. Plow and weapon in hand. With our labors and blood. Why equality with those who have been here for only one hundred, ten, or even five years? Let’s look at the past: We created this state. Let’s look at the future: We Rumanians are fully responsible for Greater Rumania. They have nothing to do with it. What could be the responsibility of Jews, in the history books, for the disappearance of the Rumanian state?

Thus: no equality in labor, sacrifice, and struggle for the creation of the state and no equal responsibility for its future. Equality? According to an old maxim: Equality is to treat unequally the unequal. What are the reasons for the Jews’ demanding equal treatment, equal political rights with the Rumanians?

3. Democracy is incapable of perseverance. Since it is shared by political parties that rule for one, two, or three years, it is unable to conceive and carry out plans of longer duration. One party annuls the plans and efforts of the other. What is conceived and built by one party today is destroyed by another tomorrow.

In a country in which much has to be built, in which building is indeed the primary historical requirement, this disadvantage of democracy constitutes a true danger. It is a situation similar to that which prevails in an establishment where masters are changed every year, each new master bringing in his own plans, ruining what was done by some, and starting new things, which will in turn be destroyed by tomorrow’s masters.

4. Democracy prevents the politician’s fulfillment of his obligations to the nation. Even the most well-meaning politician becomes, in a democracy, the slave of his supporters, because either he satisfies their personal interests or they destroy his organization. The politician lives under the tyranny and permanent threat of the electoral bosses.

He is placed in a position in which he must choose between the termination of his lifetime work and the satisfaction of the demands of party members. And the politician, given such a choice, opts for the latter. He does so not out of his own pocket, but out of that of the country. He creates jobs, sets up missions, commissions, sinecures — all rostered in the nation’s budget — which put increasingly heavy pressures on a tired people.

5. Democracy cannot wield authority, because it cannot enforce its decisions. A party cannot move against itself, against its members who engage in scandalous malfeasance, who rob and steal, because it is afraid of losing its members. Nor can it move against its adversaries, because in so doing it would risk exposure of its own wrongdoings and shady business.
6. Democracy serves big business. Because of the expensive, competitive character of the multiparty system, democracy requires ample funds. It therefore naturally becomes the servant of the big international Jewish financiers, who enslave her by paying her.

In this manner, a nation’s fate is placed in the hands of a clique of bankers.

2. The souls and tombs of the dead and of our ancestors.

3. All who will be born Rumanian.

1. A physical, biological patrimony: the flesh and the blood.

2. A material patrimony: the country’s soil and its wealth.

3. A spiritual patrimony, which includes:

A. Its concept of God, people, and life. This concept constitutes a possession, a spiritual patrimony. The limits of this domain are set by the limits of the brilliance of the concept. There is a country housing the national spirit, the expectations of that spirit, a spirit resulting from revelation and the nation’s own efforts.
B. Its honor, which shines in proportion to the acceptance by the nation, during its historical existence, of the norms derived from its concept of God, people, and life.
C. Its culture: the fruit of its life, the product of its own efforts in thought and art. This culture is not international. It is the expression of the national genius, of the blood. The culture is international in its brilliance but national in origin. Someone made a fine comparison: bread and wheat may be internationally consumed, but they always bear the imprint of the soil from which they came.

Each of these three patrimonies has its own importance. All three must be defended by the nation. But the most important of all is the spiritual patrimony, because it alone bears the seal of eternity, it alone transcends all times. The ancient Greeks are with us today not because of their physiques, no matter how athletic — those are only ashes now — nor because of their material wealth, if they had such, but because of their culture.

Justin Murphy’s “The Psychology of Prohibiting Outside Thinkers”
Slouching Towards Nuremberg
Background on Trump Inauguration Rabbi and His Anti-White Group
America: A Stolen Nation
Asylum America, part 1: The Crazy and the Doomed
Exposing the Warmongering
Sad Tales from Jews
The Great God Democracy
Tags:BankersDemocracyFascismJewish InfluenceJewish powerPoliticsRomaniaUr-fascism

A Bit of Good News

“A nation lives forever through its concepts, honor, and culture.”

No! A nation (latin for tribe) only lives forever as long as its people survives.

If the peoples dies out of racial mixing, amnesia of its culture or lost of its language, then that nation, that tribe, is lost forever.