HERE’S ANOTHER song that doesn’t sound like typical “White power” music, though it is part of the genre.

A key point about all of the songs and singers I’ve written about in these posts is that they are examples of genuine underground music. I’m not discussing mainstream music that could be interpreted as having a positive message, or that is even marginally acceptable to Jews and governments. These singers and producers (often one and the same) are burdened by constant personal and professional harassment and intimidation, shortage of funds, lack of professional quality musical and recording equipment, the inability to naturally distribute their music or make it available to the public, and so on.

Ever since Skrewdriver emerged in the 1970s, Jewish hate groups and associated governments have assiduously monitored, tracked, attacked, marginalized, and suppressed singers, record producers, and music buyers/concert goers. They employ violence when they feel like it: police violence and Leftist street violence both.

In 2014 the SPLC rang up Tim Cook, the homosexual CEO of Apple, and told him to pull pro-White music they objected to from iTunes. Cook immediately did so. Jews treat White music the same way they do books, magazines, blogs, and Internet posts. They understand the importance of what they’re doing and the massive long-term ramifications much better than Whites do.

That is culture distortion. It’s just one more reason Whites are disappearing from the face of the earth. You can’t rationally ignore the Jewish monopoly over music, the promotion of hate rap, and the suppression of genuine protest, then scratch your head and wonder, “Why are Whites doing this to themselves?” That makes no sense.

“Where Iron Eagles Fly” is relatively straightforward. I select it primarily as an example of a style of White music that most people aren’t aware of.

The singer is called “Aryan,” but he has also sung under different names, including Griffin. He’s Canadian, but I don’t know his real name. I’ve seen him identified as David Allen Surette, but there’s a mainstream singer named David Surette, so that could be a mix-up. In some photographs, including the one at right, he’s seen wearing a kilt, suggesting a possible Scottish background — which his use of bagpipes tends to confirm.

The video contains the lyrics onscreen, although you can make them out clearly just from the sound. As often is the case when YouTube posters transcribe lyrics, there are some minor mistakes. For example, “There true White patriots” should read “They’re true White patriots”; I also wouldn’t capitalize “iron eagles.”

The song is divided into two parts. In the first the singer commemorates soldiers. Apparently all soldiers, no matter when they lived, why they fought, or whose side they were on, as long as they were White. On the other side of the instrumental break at the halfway mark, the second part of the song honors Whites who fight on behalf of their race. The singer draws a parallel between these two groups.

The Fake Voltaire Quote Again -- This Time from Eric Margolis
Resistance Growing in Germany
Who Really Hacked the Clinton Emails?
Shakespeare: "This Sceptered Isle"
They Leave Nothing to Chance
Fanatical Zionist Rupert Murdoch: Jewish or Not?
Even More Currency Changes Are Coming
Red Pill Music by The Decency
Tags:John I. JohnsonPro-White musicSkinhead Music

A Glimpse at the Progressive Element of Obama's Homeland, Kenya 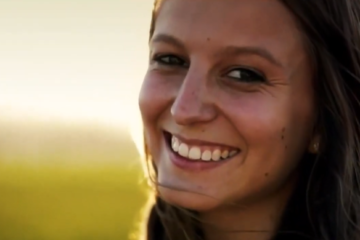