BEING A racial-nationalist in this time of mass herd-conformity is a tall order. It takes strength, wisdom, wit, and intelligence. The Man of his Race must be able to know what is good for him and his race and what he must know what is bad; drawing sharp distinctions between the two and accepting the positive while utterly despising the negative. While all of the world is saying “yes” to utter garbage; he cannot. The racial-nationalist rejects all egalitarianism and shatters the stifling air with the crashing sound of one word — “NO!”

“No” is the sharply dividing blow that the Man of his Race delivers to the mediocrity around him. That one word, “No,” is so rarely heard in these times that the very sound of it can be alarming and confusing. The herd is simply not used to hearing “No.” It is so unexpected and different that they had almost forgotten that it exists. After the alarm of hearing it wears off, anger ensues. “How dare you tell me ‘No’!? Don’t you know who I am, damn it?” To which the Racialist answers, “No. And frankly, I don’t care.”

The entire (anti-) civilization in which we live is completely dedicated to the word “Yes” because it is based completely on the merchant-consumer paradigm. Salesmen, politicians, and other prostitutes must always answer the herd with a “Yes.” So “Yes” has become part of the culture while “No” has been left out in the cold altogether. Any of the aforementioned professions know that “No” is death in their line of work and must be avoided at all costs. As soon as you tell a sucker — I mean a consumer — “No” you may as well hang it up. You must validate and smooth over every little insecurity in order to get the sale. You must never say “No” even to the point of saying “Yes” in many cases when it is agonizing to do so.

The racial-nationalist, on the other hand, says “No.” He says “No” to the programmed propaganda of modern movies and to the primitive jungle-beats which pass for music. He says “No” to the government’s forced racial mixing programs, to the purposeful confusion of our sexual identities by the mass media, and to all of the other genocidal garbage that defines this sick society. He will find himself saying “Yes” less and less as the Occident swirls down the toilet.

“Yes” is the word for the masses and let them have it. They will say “Yes” to any ol’ arsenic dispensed to them — and drink it up gladly if they think that will gain them social approval. We who say “No” to the poison will be — quite rightly — judged as different and not quite “one of the crowd.”

Saying “No” to the pollution of the current age isn’t quite the negative reaction that it seems. In fact, being able to articulate a “No” towards that which is racial destruction means saying “Yes” to racial preservation. This is what the modern, Democratic man has forgotten. When everything has become equal, then nothing has any real value. Whether it is a pile of gold or a pile of dung, the egalitarian society will not discriminate (a very naughty word these days). Discrimination, despite being heavily demonized, is a pro-life and pro-survival bahavior; while the (pretended) “equality of all things” is pure death.

A pertinent question: “Why are democracy, egalitarianism, and anti-discrimination being pushed on us from the media and the government?” Once answered, this question has the potential to change and refocus one’s life. Once this tipping point is reached, it becomes much easier to articulate the word “No”; and easier to see why it is important — even essential — to do so.

Soon, it will be the matter of life and death for you — and for your race.

Source: Forging the Iron Will

Conditioning for Death
Coalition of the Fringes: Diversity, Feminism, and the Rape of the White Race
The Fate of Northernkind
The Coming Dictatorship
In Hoc Signo Vinces
They Called It "Fascist Pseudoscience"
A World Without White People: A Visual Look at a Mongrel Future
The Revolt Against Civilization: The Menace of the Underman (Part 21)
Tags:CivilizationDiscrimnationEgalitarianismMediocrityNoWhite Race

Prince, Michael Jackson, and the Use of Music to Corrupt American Youth 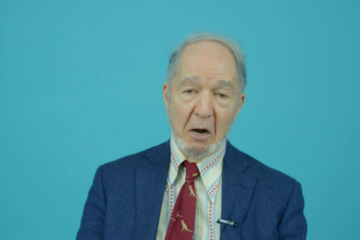 The most difficult thing about being a white nationalist is never losing faith in white people – even the lemmings. I am old, very educated and very cynical so at times it can be a proverbial herculean task not to just give up. My children, whom I had late in life, have become my primary focus. I want a white world for them and their descendants. I am too close to the grave to worry about my future. I am skeptical about things improving for white people until things become a lot worse than they currently appear to be. Educating our people is very important but it will not save us. We as a people are playing cards on the proverbial sinking ship, and knowing what put a hole in… Read more »

I get down on our people from time to time.

The Lemmings and Couch-Potatoes will always go with the flow. We just need to change the tide. The National Alliance has many talented people (and will have more soon) who can win the hearts and minds of our Race.

Right now, we are like Gold in the Furnace. The impurities are being burned away.

I have the greatest respect for the national Alliance, especially its founder Dr. William Luther Pierce, but I am a practical man and I have to deal with day-to-day realities. Nothing will happen until white people feel it is in their best interests to act. I have always been an advocate of perceived self-interest and humans will only act when their self-interest is at stake. Before things get better they have to get a whole lot worse. I hate being pessimistic about our plight as a people, but one must be realistic. We need something to push our people to the brink – collapse of the dollar, asteroid impact or a race war – until then the vast majority of our people will wallow in apathy. So long as they… Read more »

I don’t disagree with anything that you’ve just said. At this point, we need to be finding those who are willing and able to form a Vanguard.

We just need those who will respond to Dr. Pierce’s message. Everyone else are pawns to be moved when the time is right.

The way I see it, the participation, support, or sympathy of a majority isn’t necessarily a prerequisite for effective activism, and practically every movement begins with a minority rather than a majority on its side. The indifference and incomprehension of the masses shouldn’t be regarded as an injunction to do nothing or as a sign that there is nothing one can do. José Antonio Primo de Rivera put things this way: “Revolution is a task for a determined minority immune to discouragement. It is the task of a minority whose first steps will not be understood by the masses, since understanding is the most valuable thing the masses lose as the victims of an age of decadence. But revolution will eventually replace the barren confusion of our collective life with… Read more »

You are pessimistic, W_W., even defeatist, I’d say. John Calhoun is not. He has a positive outlook and joined the National Alliance, as he is certain more will also join soon. You will not — not until things get a whole lot worse, if ever. At least you have the greatest respect for our organization. Thanks for that, I suppose. You should sponsor your childrens’ National Alliance memberships. You wouldn’t be the first parent who has done that. Then they can look at the persons they see in their mirrors every morning, confident that they are not on the sidelines waiting for things to get worse, or simply waiting for others to act responsibly and do something about their race’s plight. They will actually feel they are helping to build… Read more »

I received a phone call yesterday from an 80-year old, long time National Alliance supporter, asking how he can leave his estate, his entire estate to his/our organization. He is currently in good health, but wanted to make this lasting commitment to ensure that our work continues after he is gone — after so many of us older folks are gone. This man trusts what the National Alliance is doing today and has confidence that the organization will be leading our people to renewal and advancement for generations that follow. I told him how to word his bequest with the National Alliance as beneficiary, and to make sure he has a reliable executor who will abide by his wishes. Dr. Pierce would be proud.

John Calhoun
Reply to  Will Williams

That is great news!