EDITOR’S NOTE: It is interesting that Yiddish is admitted, in this controlled media article, to have been purposely developed so that Jews of different nominal nationalities would have a secret, common language incomprehensible to Gentiles, and that this helped the Jews maintain their trade monopolies along the Silk Road approximately 1,000 years ago. Despite the article’s claim that Ashkenazi Jews “originated” there, the weird grammar and vocabulary borrowings of Yiddish show that the Jews who invented Yiddish had by that time an extensive international network with tentacles in Germanic, Slavic, Mediterranean, and Oriental lands. And we also know that the Jewish mentality and mode of life were well-established much earlier, by the time the “Old Testament” was written; witness the deception, economic depredations, and corruption of leaders practiced by Jews against Egyptians as recorded in their own myths.

IT MAY HAVE been spoken for 1,000 years, but the origins of Yiddish – the language of Ashkenazic Jews – has been a bone of contention between linguists for years.

Now researchers say the DNA of Yiddish speakers may have originated from four ancient villages in north-eastern Turkey.

And they believe the Yiddish language was invented by Iranian and Ashkenazic Jews as they traded on the Silk Road, challenging the popular idea it is an old German dialect.

Researchers say the DNA of Yiddish speakers may have originated from four ancient villages in north-eastern Turkey.

Scientists at the Universities of Sheffield and Tel Aviv used a tool dubbed the Geographic Population Structure (GPS) to convert DNA data into ancestral coordinates.

This enabled them to identify the ancient villages – Iskenaz, Eskenaz, Ashanaz, and Ashkuz – close to the crossroads of the Silk Roads, which were a historically important international trade route between China and the Mediterranean.

They believe the villages names derive from the word ‘Ashkenaz’ and may have existed as long as 1,500 years ago.

‘Language, geography and genetics are all connected.

‘Using the GPS tool to analyse the DNA of sole Yiddish and non-Yiddish speakers, we were able to predict the possible ancestral location where Yiddish originated over 1,000 years ago – a question which linguists have debated over for many years.

‘North east Turkey is the only place in the world where these place names exist – which strongly implies that Yiddish was established around the first millennium at a time when Jewish traders who were plying the Silk Road moved goods from Asia to Europe wanted to keep their monopoly on trade.

‘They did this by inventing Yiddish – a secret language that very few can speak or understand other than Jews.

‘Our findings are in agreement with an alternative theory that suggests Yiddish has Iranian, Turkish, and Slavic origins and explains why Yiddish contains 251 words for the terms “buy” and “sell.”

‘This is what we can expect from a language of experienced merchants.’

Yiddish, which incorporates German, Slavic and Hebrew, and is written in Aramaic letters, is commonly thought to be an old German dialect.

However, an alternative theory proposed by Professor Paul Wexler from the University of Tel Aviv, who is also an author on the study, suggests that Yiddish is a Slavic language that used to have both Slavic grammar and words but in time shed its Slavic lexicon and replaced it with common and unfamiliar German words.

The findings of the study, published in the journal Genome Biology and Evolution, led researchers to believe that towards the end of the first millennium, Ashkenazic Jews may have relocated to Khazaria before moving into Europe half a millennium later after the fall of the Khazarian Empire.

This was a time when the international trading networks collapsed.

Yiddish is the language of the Ashkenazi Jews (and their descendants) of Central and Eastern Europe.

It literally means Jewish, according to JewFaq.

The language is a hybrid of Hebrew, and other languages where the Ashkenazic Jews have lived, including Germany.

It has an unmusical grammatical structure of its own and is written in an alphabet based on Hebrew characters.

Just one century ago it was understood by 11 million of the world’s 18 million Jews, many of who spoke it as their first language.

Now, far fewer people use it.

As Yiddish became the primary language of Ashkenazic Jews, the language began to acquire new words from other cultures while retaining its Slavic grammar.

Dr Elhaik said: ‘Yiddish is such a wonderful and complex language, which was inappropriately called “bad German” by both its native and non-native speakers because the language consists of made-up German words and a non-German grammar.

‘In a sense the language uses the same premise as Yoda from the Star Wars movies.

‘For example, Yoda’s language consists of common and made-up English words like ‘Wookie’ or ‘Jedi’ but the grammar is different – the words are used in a different order to what we are familiar with.’

‘The GPS tool indicates where ancient Ashkenaz could have existed over 1,500 years ago.’

Professor Wexler, added: ‘The linguistic data used are from Yiddish, which we assume was invented in Western Asia as a Slavic language with a largely German-like lexicon and a significant Iranian component on all levels of the language.

Source: read the full article at the Daily Mail

Relatedness -- and the Encyclopedia -- Prove Evolution Is Real
The Moral Responsibility to Discriminate
Portnoy's Complaint: A Goyische View
The Faustian Spirit and Political Correctness
Humans: Not as Genetically Identical as We Thought
Life's Purpose
Homeless Jack: Breed and Eat Your Way Across the Universe
Becoming Higher Man
Tags:Ashkenazi JewsDNAJewish DNATurkeyYiddish 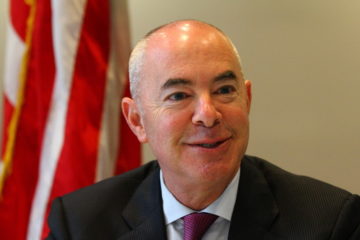 In the article above, Dr. Eran Elhaik states that Yiddish contains 251 words for the terms “buy” and “sell.” One wonders how many words Yiddish has for “cheat” and “swindle.”

Oftentimes, people will remark conversationally on the Innuit (Eskimos) having a lexicon of fifty-two different words for snow. Comparatively, if the jews have two-hundred and fifty one words for economic transactions, this suggests by way of proportion, that jews are five times more obsessed with shifting material value at the expense of others, than Eskimos naturally are with surviving in their deadly environment. It cannot be unreasonable nor especially hateful, to recognize this demonstrable avarice and greed at the core of their group features as destructive and unnatural.

Yiddish is a pidgin no better than the 3rd world monkey-babbling of mestizos in former Spanish colonies, or the always-loud shrill of Hindi from So. Asians whose ancestors long-ago swamped the Aryan rulers who spoke its far more complex mother tongue, Sanskrit.