WHITES ARE the only race on the planet concerned with justice, the rights of others, compassion toward the downtrodden and ideals higher than myopic self-interest. We have been endlessly patient and generous toward worthless and violent monsters who reward this national suicide with cities on fire, rape mobs, welfare dependency, bastard broods, pack attacks, no-go zones and constant shrieks for more.

When Whites are gone this cycle of pathology and largesse will promptly end. The Chinese ant people are not concerned with social justice or pouring money and blood into failed branches of humanity. In Africa they strip the mineral wealth and leave. In San Francisco they “real talk” and get fired.

This is the amazing and vibrant world of “diversity” that will exist if White genocide succeeds: a teaming mass of idiotic brown slaves and their alien masters ruthlessly exploiting them until that shaky arrangement collapses into an endless all against all. The dreams of humanity die, placed in the same grave as the White race the Jew murdered. The long dark nightmare begins.

“I hate that beaner,” one text reads, “but I think the nig is worse.” “Indian ppl are disgusting,” proclaims another. “Burn down walgreens and kill the bums,” a third message states.

Who is saying these hateful and entirely accurate statements? A White debil wrapped up in a sheet? A nawtzee with a shaved head and homemade schicklgruber tattoos? A White celebrity who must now be driven into the wilderness as a holocaust goat for Azazel?

These and numerous other racist and homophobic text messages were allegedly sent by a San Francisco police officer at the center of an ongoing scandal that is the most recent disturbing revelation for the beleaguered SFPD.

Fear of the same! “Raciss!” High crimes against our State Religion! No rikey niggas, ra-teen-ohs and wargleens.

CNN has exclusively obtained a list of dozens of offensive texts sent to and from Officer Jason Lai (pictured). The content has not been previously disclosed. The list is not a full history of his texts.

Fortunately only Whites can be “raciss” because a book written by a German (I think) named Rothenberg explained that “racism” requires a power component, something the ant people still lack in America, at least for now. It would be wrong to punish the Charlie Chan that our generation deserves and needs.

Don Nobles, Lai’s attorney, said the texts were “not reflective of who he is” and that “there is no evidence he carried out any of those sentiments as an officer.” “He was well liked and well loved on his beat,” he said of the six-year-veteran.

Nobles said the texts were seized from Lai’s personal phone and had been exchanged with some of his closest friends on the police force, as well as with people he had befriended on his beat.

It’s nice that we’re making the China-man feel at home by instituting the same erosion of rights and privacy he happily enjoyed in his communist homeland.

Greg Suhr said Monday that he has no tolerance for biased officers and takes “swift and severe” action when they come to his attention. He said he is working to get the SFPD to “a better place.”

We will swiftly and harshly punish this blasphemy against the ruling cathedral synagogue. Once everyone lives in constant fear of snitches and having their personal lives scrutinized by the Holy Inquisition it will be a “better place.”

In addition to disparaging blacks, Hispanics and Indians, Lai used coded language to talk about gay officers, according to a source, and made a blanket statement impugning residents of the city’s largely minority and low-income Tenderloin district.

Oy vey, “coded language” that our kosher cryptographers assure us attacked the sodomites in blue. Then he noticed reality!

The messages, sent in 2014 and 2015, were discovered as part of an SFPD probe into a sexual assault allegation against Lai made by a woman last year. Prosecutors declined to file rape charges in the case, citing insufficient evidence.

You know you live in a free and open democracy when one witch hunt can effortlessly transform itself into another one.

Lai has since been charged with multiple misdemeanor counts of illegally accessing DMV computers for a non-official purpose.

Until we get those Thought Crime laws this nonsense will have to suffice.

In the messages, Lai makes a disparaging joke about President Obama and says he hates basketball player LeBron James. “F— that nig,” he says. 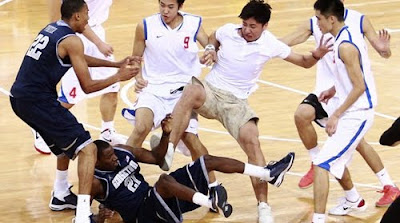 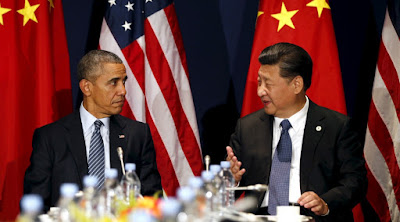 Lai, who was identified as Chinese by his attorney, makes several references to “hock gwai,” apparently a misspelled reference to the Cantonese “hak gwai,” a derogatory phrase for African Americans.

“Sprained my ankle over these barbarians,” he says. One of the suspects “went to the hospital after he got shot lol,” the officer texted. “Too bad none of them died,” he added. “One less to worry about.”

Proved Once Again: Social Contact With Blacks Can Be Fatal
Authorities Confirm: No Hate Here
Dozens of Reports of Assaults, Rapes at Swedish Festivals
A Psychiatrist Discusses the Negro
More on the Myth of Phiona Mutesi's Skill as a Chess Player
The People and the Law
The BBC Lies About Greeks and Trojans
Israel: Jews to Forcibly Deport the Blacks They Force White Countries to Accept
Tags:AsiansBlacksJason LaiPoliceSan Francisco

Betcha this cop didnt get much action with women.