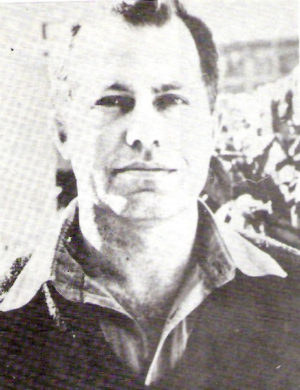 IN 1954 Israeli secret agents began a campaign of sabotage in Egypt, which included burning down the US Information Center Library in Alexandria, planting phosphorus bombs in movie theaters, post offices, and railway stations, and killing British sentries. The idea was to “destabilize” Nasser’s new government to the point where the British, who were about to pull out of Egypt, would stay to maintain law and order, and by staying would prevent the Suez Canal from falling into Egyptian hands. (ILLUSTRATION: Avri Seidenwerg, aka Avraham Seidenwerg or Avri Elad)

The attack on US installations was blamed on communists and Egyptian rightists and was designed to poison relations between Washington and Cairo. Everything went according to schedule until a small incendiary bomb almost exploded in the hands of a young Egyptian Jew named Nathanson as he was planting it in a theater seat. Running out into the street with his clothes on fire, he was promptly arrested by the Egyptian police who were looking up and down for the sabotage team.

It took only a little of the kind of interrogation which most nations give terrorists to convince Nathanson to betray the other members of his group. The leader, a Vienna-born Israeli named Avri Seidenwerg who had posed as an Aryan German and who had been hobnobbing with Teutonic engineers attempting to set up an Egyptian rocket industry, escaped abroad. Thirteen other Jewish saboteurs were either hanged or given long prison sentences.

As is customary, when Jews are brought to justice, the international media discounted the trial proceedings as phony and went overboard publicizing a worldwide protest movement to save the “innocents.” Because of a clandestine power struggle in Israel, the truth about the matter finally emerged some years later and became known as the Lavon Affair.

Pinhas Lavon, the Minister of Defense at the time of the sabotage, was accused of a coverup and of having ordered the saboteurs to go into action without proper authority. Eventually he was forced to resign as a result of the vicious attacks against him by Moshe Dayan and Ben Gurion. If Lavon had not tried to clear his name, the world would probably still believe that Egypt’s trial of the Jews had been rigged.

Avri Seidenwerg, who eventually spent ten years in a jail for giving false testimony in Israel in order to implicate Lavon, has now told all in a book entitled Decline of Honor (Henry Regnery, Chicago). It’s a run-of-the-spymill tale of derring-do, spiced with Jewish seductions of beautiful German blondes. But it does include one new twist — a plastic surgery operation which replaces foreskins so Jewish spies won’t lose their cover under bedcovers. As to hard facts there are some in the book’s hit-by-hit account of the sabotage, its brief biographies of the perpetrators (mostly Egyptian Jews whose hearts belong to Tel Aviv), and its sordid rundown on seedy Israeli politics.

Memorable are some quotations from a speech in the Knesset by the then Israeli Prime Minister Moshe Sharet after the saboteurs had been brought to trial:

The trial which is held In Egypt against 13 Jews has inflamed feelings and caused profound indignation in Israel and the entire Jewish world. It must arouse the concern and anxiety to all those who seek justice and peace everywhere. Egypt’s uncontrolled action gives no evidence that her rulers have acquired a sense of international responsibility or moderation. How far Egypt is from that spirit may be judged by the plot that is being hatched in Alexandria, a show-trial of the group of Jews who have fallen victim to false libels of espionage and from whom confessions to imaginary crimes appear to be extorted by threats and torture.

The government of Israel rejects emphatically the fantastic libels that appear in the charges made by the Egyptian prosecution which accused Israel authorities of outrages and internal plots against the security of Egypt and its international relations.

We call upon all those who seek to further peace and stability and supportable relations between the nations to prevent this dangerous perversion of justice.

When Moshe Sharet spoke, he knew everything there was to know about Seidenwerg’s caper down to the smallest and most inconsequential detail. Yet the mendacious sweet talk dripped flowingly from his lips. His words have a familiar ring. They have been used in somewhat similar form throughout the ages to attack the prosecutors of other Jews from the time of the pharaohs to Dreyfus, the Rosenbergs, and, most recently, to Shcharansky and Ginzburg. Amazingly, the presumption of Jewishness in contemporary Western justice has become synonymous with the presumption of innocence.

Art Looting: The Other Side
Aristocracy, Degeneracy, and Swarms of Jews
Canada: "Antisemitism" - Real and Imagined
Rabid Zionist Warmongers
Camp of the Saints Becomes Real: 10,000 Africans Per Week Land on Italian Coast in Massive Third Wor...
Google Denies it has Agreed to Monitor Anti-Jewish Videos
Intermarriage: Jewish Fear Factor When a Jew Marries a non-Jew
Cathy and the Abdication of the American Ruling Class
Tags:False flag opsInstaurationIsraelLavon AffairZionism 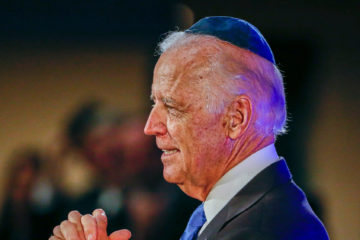