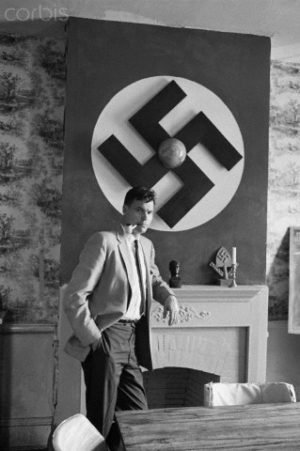 In the 1960s, William Luther Pierce worked closely with George Lincoln Rockwell and served as editor of National Socialist World.

THIS WEEK is the 98th anniversary of the birth of George Lincoln Rockwell who was born on March 9th, 1918. He was the founder of the American Nazi Party (which he later renamed the National Socialist White Peoples Party), which was the organizational forerunner of the New Order.

Amazingly, few White Americans know anything about this important and fascinating man other than his name.

There have been several slanderous documentaries produced about Rockwell, and a handful of hostile print biographies. All of these have failed to do justice to his ideas and achievements, but instead have twisted and maligned his memory. Consequently, even the little bit that some people know about Lincoln Rockwell is often inaccurate and distorted.

In the mid-1990s, a group of Rockwell’s admirers attempted to set the record straight with a short documentary sketch of his life and career, entitled George Lincoln Rockwell: National Socialist Pioneer. They worked on a shoestring budget, and the result was a film that was raw and rough in places, and overall short on high-end production values.

But they came at their subject with the right attitude, and their documentation and attention to factual detail was accurate and conscientious. Further, they rescued from obscurity many rare film clips and print items from the long-ago 1960s.

If nothing else, George Lincoln Rockwell: National Socialist Pioneer provides a reliable framework concerning Rockwell and his political career on which future film biographers may base their work.

Conan: The Master of All Circumstances
José Antonio and the Spanish Falange
The Ongoing War against White People: European Front Update
The Leader
A Bridge Too Far
Trump's Wall and the Lessons of History
Folk and Land
The Eternal Laws of Nature, Love, and National Socialism
Tags:George Lincoln RockwellJames HartingNational Socialism 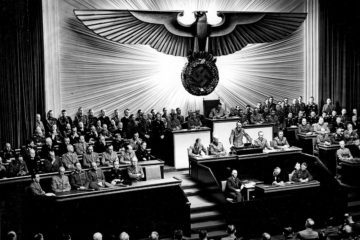 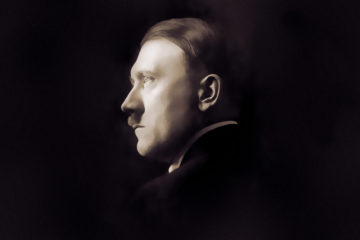 An excellent documentary. Lincoln Rockwell will be a future hero to the new world that we will create!