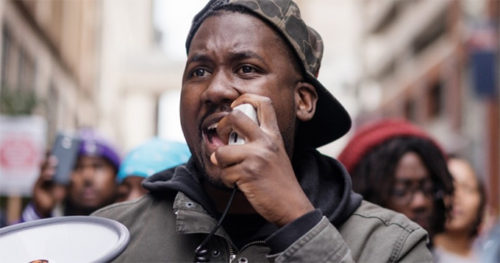 “Dear white people if Trump wins young niggas such as myself are fully hell bent on inciting riots everywhere we go. Just so you know,” Poe tweeted today.

He followed up with another promise: “Trump wins aint no more rules fammo. We’ve been too nice as is.”

Poe is by no means a nobody, he has appeared in innumerable articles charting the rise of ‘Black Lives Matter’ and was credited with coining the phrase, “This ain’t your grandparents’ civil rights movement.”

The rapper was one of the co-founders of Hands Up United, a “social justice” organization that emerged after the death of Michael Brown that was responsible for coordinating large BLM protests in the St. Louis area.

St. Louis was hit by riots in August last year as police were forced to use tear gas to disperse demonstrators who threw bricks and bottles at officers.

The “hands up, don’t shoot!” mantra was later discredited by DNA and autopsy evidence that confirmed Michael Brown did not have his hands up when he was shot by Officer Darren Wilson.

Poe’s threat to incite riots comes on the same day that Donald Trump himself warned that any attempt by the GOP establishment to steal the nomination from him may result in civil unrest.

Trump was quickly blasted by many sectors of the media for invoking the prospect of riots, a sentiment that wasn’t seen immediately after the riots in Ferguson, Missouri, when publications like Time Magazine argued that rioting was a justifiable form of protest. 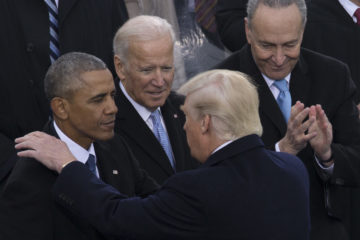 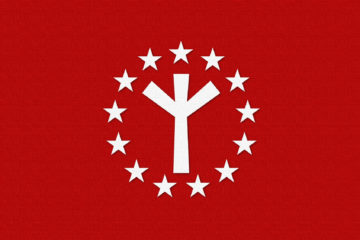 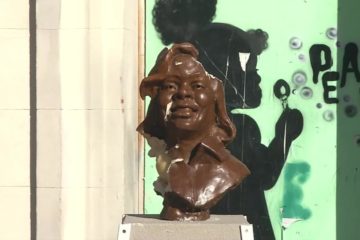 Maybe this clown should open a history book and read it, so that he may learn of how efficient we European peoples are at warfare, when we set our collective minds to the task. It is obviously lost on him, as it is lost on most non-whites, that the European derived peoples, have a great capacity for empathy and understanding, and therefore have the desire to co-exist in peace with their neighbors. Simply put, that is one side of the coin! So I say to that “Tef Poe brutha”, if you want to see whats on the other side of that same coin….open a history book!

Jeeze, that would be swell. Not only would we have the Donald for president, but the total population of the rioters would drop drastically. I’ve got a feeling that the new civil disobedience will not be tolerated as in the past.

What would have happened if a White American had gone a-Twitter in 2008/2012 under the pseudonym “War Machine” and posted, “Dear black people if Obama wins young crackas such as myself are fully hell bent on inciting riots everywhere we go. Just so you know”?

(I mean, what would have happened other than instant orgasm for the SPLC?)

If I have read this correctly, then what “War Machine” is saying is basically an open declaration of the already ongoing civil war in America.

Does it occur to anybody that this is sedition, and is not covered by “free speech”.
(Is free speech in America even a thing anymore, anyway?)
This creature should be arrested and hung, or simply shot on sight by legitimate authority.

I should add that Donald Trump winning at this point seems inevitable, but that only means four more years of empty promises, Jew love-in, and carnival sideshow.

Elections are wholly irrelevant – if none of the candidates care about the country or the rule of law. 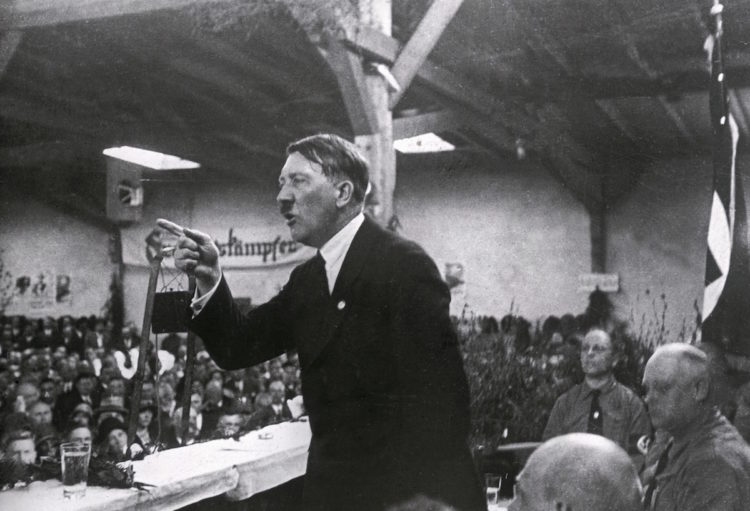