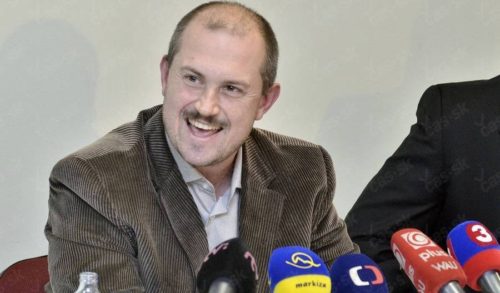 The results of Slovakia’s national election will take away the ruling party’s majority stake in parliament while granting several parties, including one led by a man with sympathies for the country’s National Socialist collaborators past, greater influence in Slovakian politics.

THE RULING PARTY in Slovakia will stay in power following the Central European country’s Saturday election while losing its majority command of the parliament, which could affect Slovakia’s position on issues confronting the European Union, including the continent’s migrant crisis. (ILLUSTRATION: Marian Kotleba)

Prime Minister Robert Fico’s Smer-Social Democracy party finished with 28.3 percent of the vote, according to the Associated Press, which correlates to 49 seats in the 150-seat parliament. The last Slovakian election, held in 2012, garnered Mr. Fico’s party a 44.4 percent vote and a majority in the legislature.

The 28.3 percent for Smer-Social Democracy is not enough to ensure that his party will keep control, with the Freedom and Solidarity party collecting a 12.1 percent share of Slovakia’s voters, good for 21 parliamentary seats, and the Ordinary People winning 11 percent.

The patriotic, anti–migrant-invasion People’s Party took in 8 percent of the votes and 14 seats in parliament. Despite the electoral split, Fico said he would work to rebuild a coalition that could take control going forward, possibly with the Slovak National Party, which took in 8.6 percent of the votes cast.

“As the party that won the election we have the obligation to try to build a meaningful and stable government,” Fico said, per The Guardian. “It will not be easy, I am saying that very clearly.”

In order to win back the majority government, Fico’s party could need to form an alliance with multiple groups, which the prime minister had hoped to avoid. Fico’s party entered the election with a platform that included strong anti-migrant and anti-Muslim sentiments, despite Slovakia’s absence from the main migrant routes through Europe and relative disconnect from the ongoing crisis related to that issue.

As other countries in the Balkan region and Central Europe are caught in the midst of a migration surge, Fico’s opposition to allowing refugee quotas backed by the EU and his resistance to the “fiction” of multiculturalism makes Slovakia one of the European nations not open to the migrant flow.

Despite that Smer-Social Democracy position, issues in Slovakia including teacher strikes, unemployment, and corruption in the healthcare system may have diverted votes from Fico’s migrant-heavy platform to the other parties’ greater focus on domestic issues, including the People’s Party, chaired by Marian Kotleba.

Mr. Kotleba, a former leader of a now-banned “neo-Nazi” party, gained notoriety in 2013 during a successful campaign for regional governor in which he praised the Slovak National Socialist collaborationist government during World War II. The Economist describes him as “[o]nce fond of wearing uniforms in the 1930s and 40s fascist style.”

Kotleba’s success at the national level also has an impact on Slovakia’s position in Europe, where most countries are unaccustomed to encountering pro-National Socialist sentiments in government. Kotleba has also expressed his opposition to the EU, the North Atlantic Treaty Organization (NATO), and the United States, and already has Slovakian politicians on edge.

“The perception of Slovakia in Europe will be complicated,” Slovakian Minister of Foreign Affairs Miroslav Lajčák said, per the AP. “We have elected a fascist to Parliament.”

Political analyst Marian Lesko said the shift to new figures in politics replacing wider support for Fico, including Kotleba’s advance, highlight Slovakian voters’ frustration with old politics, regardless of the impact newly elected officials could have on Slovakian policy.

“It’s something that happened in the Czech Republic in the last elections — the political dinosaurs are leaving,’’ Mr. Lesko said on TV Markíza, according to The New York Times. “New faces are coming into politics. We will have to get used to them.”

Ilya Ehrenberg -- The Man Who Invented the "Six Million" 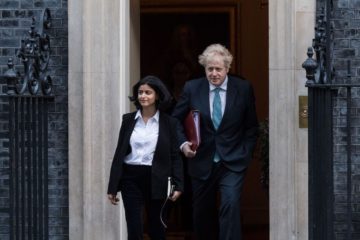 “The perception of Slovakia in Europe will be complicated,” Slovakian Minister of Foreign Affairs Miroslav Lajčák said, per the AP. “We have elected a fascist to Parliament.” How dare Slovakia elect a patriot. It’s the end of the world as we know it!