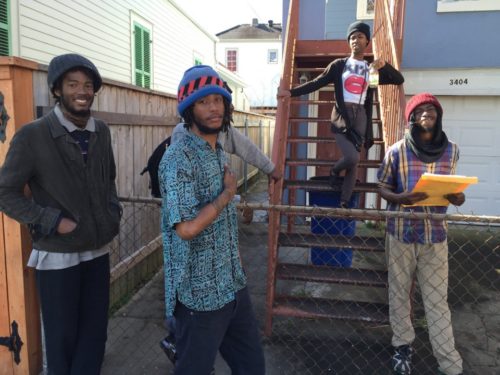 Police refuse to stop takeovers; “Washitaw” mythology was derived from the ravings of Malachi Z. York’s various Black Muslim “Nuwaubian Moors” groups; York was convicted of abusing over 200 children of his followers.

SQUATTERS ESPOUSING allegiance to an esoteric black nationalist movement have staked a claim to a Bywater house up for sale and remain there more than a week after neighbors complained to police about the apparent trespassing.

The newcomers have posted signs claiming the property now belongs to the Washitah Mu’ur Nation. The Washitah, more commonly spelled Washitaw, claim to be descended from the original inhabitants of the New World, who, according to the group, were black Africans.

Fredrick Hines, whose name is on the tax rolls for the property and who neighbors say is the true owner, called police after he found out a group of young people had moved into his investment property and changed the locks. Hines said he showed police the deed, which has his name on it, but they wouldn’t remove the people living in the house.

The squatters also showed the officers some papers claiming ownership, Hines said, though he isn’t sure what kind of papers they could have had. They wouldn’t give him a copy.

Police said that, because both parties had papers, there was nothing they could do.

If Hines wanted the squatters removed, he said, police told him he would have to file eviction papers, a process that would take more than a week and cost him several hundred dollars. Hines said that he has filed the eviction papers and is now waiting for the time limit for the squatters to contest the ruling to run out, which should be some time this week.

“It’s frustrating,” Hines said, especially because this does not appear to be the first time the group has done this. “The police told me this is like the third house they’ve broken into,” he said.

A group of four young people were in the two-story shotgun single Sunday (Feb. 14), but they declined to answer questions about their legal claim to the property.

Hines said he doesn’t understand why an apparent burglary doesn’t qualify as a criminal matter. 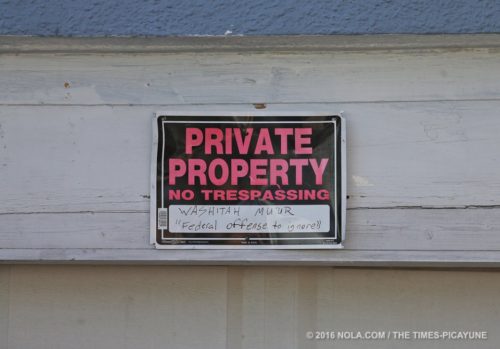 Hines said the group changed the locks on the bottom floor doors, but they were unable to do so upstairs because the modern knobs found at most hardware stores won’t fit the original, craftsman-era door on the second floor.

Police allowed Hines to go inside and check for any damage. The house appeared to be fine, he said, but the newcomers had moved in a couch and a pool table.

Police warned him not to try to move anything out or change the locks again because he could be found liable for any damages, Hines said.

Hines may not be able to get back into the house with his own keys anymore. The upstairs door had been braced shut with boards nailed into the floors.

Hines appeared to be taking the NOPD’s stance in stride, saying he couldn’t afford to alienate the authorities, whom he may have to rely on to deal with the squatters, but some of his neighbors are furious.

“It’s absolutely ridiculous,” said Tom Houghton, who lives across the street from Hines property and owns rentals in the neighborhood. “You’re telling me you can just walk into someone’s house and claim it’s yours, and the police don’t do anything?”

Houghton said he discovered the squatters earlier this month when he heard shouting coming from the house. Hines’ Realtor had arrived at the house and found the locks changed. When the Realtor protested, the squatters launched into a harangue about their ownership rights, Houghton said.

When Houghton intervened, the group made unsubtle threats that he should mind his own business. “They told me, ‘You want us to come knock on your door,'” Houghton said.

The police were called, but they didn’t show until hours later. When they did, they said they were familiar with the group, but there was nothing they could do, Houghton said.

Barry Kirsch, who lives in a house abutting Hines’ property, said that the Washitaw squatting phenomenon is not new. Members have laid claim to two houses across St. Claude Avenue in St. Roch near a rental property he owns, Kirsch said. The owners of one of the properties kicked them out, but the other house is still occupied by the same people who have been living there for a year.

The Washitaw Nation have a history of outlandish historical and legal claims, which have landed some members in prison for fraud.

According to the group’s mythology, its members are descended from the founders of the ancient Mississippian culture, famous for building massive earthen mounds around the Gulf South, not from Africans brought to the Americas by European slave traders.

As the original inhabitants of the region, the group claims, the land belongs to them.

This may be why, when Hines confronted them about their takeover of his house, they claimed not to own the structure itself, but the land underneath it. They also made mention of another Washitaw claim related to the Louisiana Purchase. In their telling, Napoleon did not sell the American government millions of acres west of the Mississippi River. The deal, they say, was only for the streets of New Orleans. …

The Washitaw also claim kinship with the Moors, a civilization that developed after the Arab conquest of North Africa. Mu’ur is the true spelling of the word, according to the group. The Washitaw’s black nationalism ideology borrows heavily from Moorish Science, espousing self-improvement through an Afrocentric recasting of history, which adherents claim has been falsified by racist Europeans.

Tyler Gamble, an NOPD spokesman, said that with two competing claims of ownership, there was nothing the officers who first responded to the scene could do. The investigation is ongoing, he said.

“If we are able to obtain enough evidence, they could face criminal trespassing charges,” Gamble said.

The video below delves into much of the Washitaw mythology.

Chaos in Europe: Our People's Salvation? 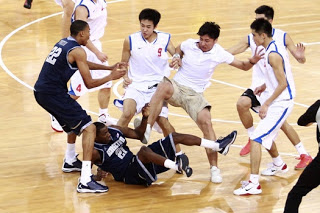 This is the cops being told to do nothing. The title to the property can be easily researched probably at the county register of deeds.

A simple Google search and Wikipedia page on these people, also called “Nauwabian Nation” reveals their teachings to be laughable at best. This situation, however, is not funny. I hope that swift justice can be done on these squatters. 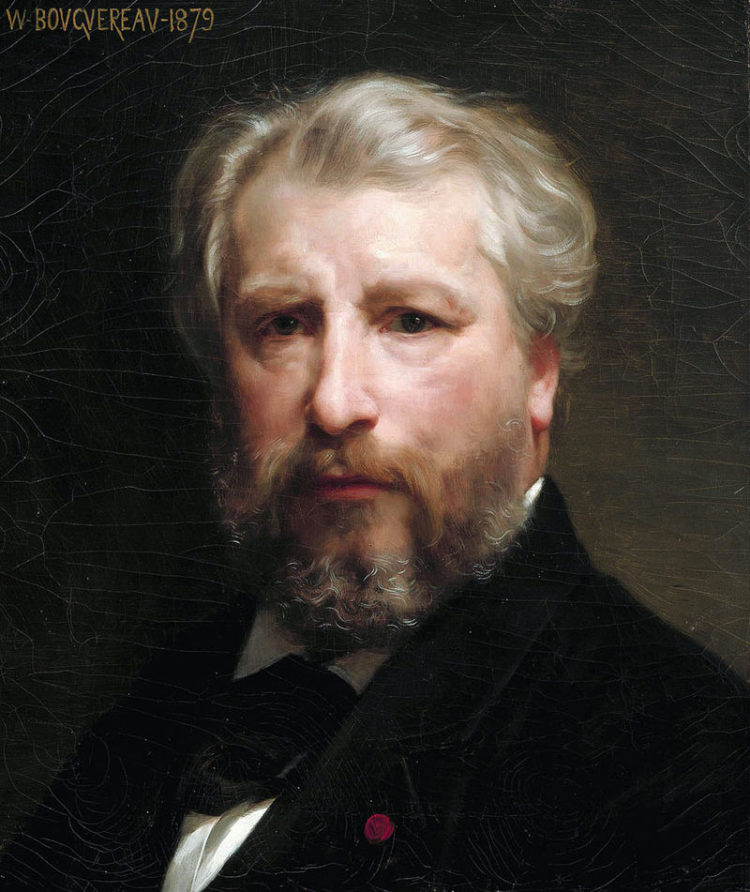