LEE DE FOREST (pictured) was born in Council Bluffs, Iowa. His father was a minister, his mother the leader of the church choir. He disappointed his parents by becoming an agnostic and a scientist instead of a man of God. But few others were disappointed. De Forest was one of history’s greatest inventors.

Before he died he had obtained over 300 patents, including one on what he called the “audion,” or triode vacuum tube — the basic technological building block of modern electronics, and the first practical amplifying and electronic switching device known to man. The year was 1906. All subsequent electronic devices, from high fidelity sets to televisions to computers, including those using more efficient modern devices like transistors and integrated circuits, depend on the concepts developed by De Forest.

For most of his life De Forest followed a strict physical regimen. He arose at seven, struggled through a complicated series of setting-up exercises, and always ate the same breakfast — two poached eggs, corn muffins, and a glass of milk. He neither smoked nor drank. He said such habits dull the perception: “An inventor must always keep his mind keenly alert.”

When De Forest died in 1961 at the age of 87, the electronic industry, based in good part on his vacuum tube, was doing more than $1 billion a year in sales — which doesn’t even include the massive revenues of radio and television broadcasting, in which non-inventive aliens like Robert Sarnoff and Leonard Goldenson were raking in further billions. Yet the man who made it all possible left an estate of only $1,250.

He had few regrets about the fortune he had been cheated out of by patent violators and Wall Street wheeler-dealers. But he did have some strong opinions about what had been done to his greatest invention. He wrote in his autobiography:

Throughout my long career I have lost no opportunity to cry out in earnest against the crass commercialism, the aesthetic vandalism of the vulgar hucksters, agencies, advertisers, station owners — all who, lacking awareness of their grand opportunities and moral responsibilities to make of radio an uplifting influence, continue to enslave and sell for quick cash the grandest medium which has yet been given to man to help upward his struggling spirit.

People know very little about De Forest. They know a lot about GE, RCA, CBS, and NBC, whose Swopes, Sarnoffs, Paleys, and Goldensons made billions out of De Forest’s genius.

One day when he was ending a meeting with a group of radio executives, De Forest asked:

What have you gentlemen done with my child? The radio was conceived as a potent instrumentality for culture, fine music, the uplifting of America’s mass intelligence. You have debased this child, you have sent him out in the streets in rags of ragtime, tatters of jive and boogie-woogie, to collect money from all and sundry.

De Forest was just one more White victim of a System where the race is not to the swift, but to the shifty.

Source: based on an article in Instauration magazine, June 1978

Margaret Mitchell's Gone with the Wind Was Not Selznick's 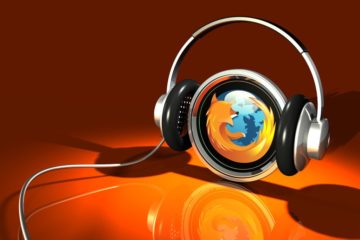