THE LOSS of freedom in America didn’t begin with Barack Obama. Nor did it begin with the Civil War or the establishment of the Federal Reserve, though those things did landmark and accelerate the process.

Rather, the American experiment began to fail even before it began, with the Jewish influx to the colony of New Amsterdam in 1654. The Jews came as refugees from the Portuguese colony of Brazil.

They’d been kicked out of Brazil by the Portuguese after they retook that South American colony from the Dutch. The Jews had betrayed their Portuguese hosts to the Dutch in 1642, serving the Dutch as conduits of military intelligence alongside their business dealings in sugarcane.

The Jews were lucky that the Portuguese didn’t simply execute them all. Unfortunately for us, the Portuguese were excessively gracious and allowed the Jews to emigrate. The Jews migrated to North America and arrived, as illegal immigrants, in New Amsterdam, which later became New York, where they took up residence alongside a small number of other Jews who had previously come from Holland.

Peter Stuyvesant’s attempt to have the illegally immigrated Jews removed from that colony for being sacrilegious troublemakers failed when the Dutch West India Company, which had Jews among its stockholders, refused to authorize deportation measures.

It is possible that the Portuguese had held in their hands a chance to save the world from Jewish domination, three hundred years later, and let it slip through their fingers.

Did the Jews bribe the Portuguese in Brazil for leniency? It seems likely. And, afterward, more Jewish bribes probably influenced the Dutch West India Company’s board of directors. You will sometimes read, in historical narratives, that Jews were granted “trade privileges” by the Gentile political elite of a European country or colony because they were “beneficial” to the economy. That’s nearly always misleading. The Jews might have been beneficial to the political elite that granted them the privileges, but their effect on politically smaller Gentiles was usually detrimental, the Jews being rapacious in their exploitation of them.

There’s a word for the kind of relationship in which a political elite sacrifices the interests of their nation for selfish gain. Treason.

Eckart and Hitler on Jewish Bolshevism, part 2
The Fame of a Dead Man's Deeds Audio Book: Pierce and Jews
Talmudic Liars: Masters of Mendacity
Why Jews Must Be Excluded From All White Societies
Israel's First PM: Founding of Jewish State Led to Murder Spree
The Universality of "Anti-Semitism"
The Bible: Blueprint for Jewish Atrocities and Genocide
Better Than Breaking Kneecaps
Tags:Jewish HistoryNew York history 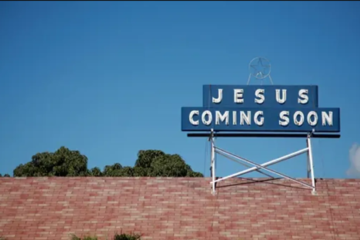 Charlemagne: Defender of the West or Servant of the Jews?

We have Portuguese European pioneer Citizens in Canada. In general, they are good lot. They did a lot for world exploration and naval science, firsting the navigation of the cape of Africa. It is easy to wonder after an article like this how best to look at history in a revisionist frame, with sensitivity to the perversions induced by the semitic enemy, without falling into parochial differences that overlook the source of the problem.

Our wounds, as inflicted are profound; yet the danger remains while the truth of the cause can be bought and misrepresented by cucked academics, treasonous elites and seditious media. Wish there was an invention for that — maybe the next white genius will liberate us from the venality of judeaocracy.

I live in Brazil, the jewish influence is so big here, that’s why they pass the image of a happy multicultural country that is not true.

The power running the Worlds most powerful nation isn’t the US Government. It’s the Jewish Lobby-AIPAC. Americans are too brainwashed to realize what’s happening to them. They(the Jews) show total contempt for the Gentile as the Gentile gets on his knees and worships one of them. Sad and depressing but true !!!