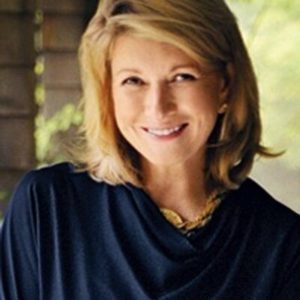 THE MARTHA STEWART (pictured) case is fertile ground to someone looking for corruption in the US court system.

To summarize the outcome of her case more precisely, Martha Stewart was convicted of “having falsely claimed that she was reminded of the prior $60.00 agreement and urged to sell [her ImClone stock] on that basis” (Wikipedia).

That conviction is for a morph of an earlier charge, later proved false, that Stewart had falsely stated that there was an agreement between herself and her stock broker, Peter Bacanovic, to sell her shares when they fell to $60. And, prior to that, the government had been prosecuting her for insider trading.

And that’s what she was sentenced to prison for.

You might notice that this could be true without Martha Stewart being guilty of conspiracy to commit insider trading. If someone she trusted told her that there was an agreement, then she might have taken that person’s word for it.

And how in this world did the government prove, beyond a reasonable doubt — this was a criminal case, after all — that no one had told Martha Stewart, whether rightly or wrongly, that there was an agreement to sell her ImClone stocks when they fell to $60? I just don’t see how any such proving can happen, since the best the government could contrive was a her-word-against-his-word. Which wouldn’t meet the standard of “proof beyond a reasonable doubt” necessary for a criminal conviction.

The adverse witness, in this case, was Stewart’s stockbroker’s assistant, Doug Faneuil. There are rumors that Faneuil initially denied that Martha Stewart was guilty of any wrongdoing, but buckled under threats leveled at him by federal prosecutors, whereupon he began telling whatever lies they instructed him to tell. US prosecutors often tamper thus with witnesses, and they do so with impunity. Quis custodiet ipsos custodes?

Even if Martha Stewart had been guilty as originally charged, her crime would have been notable mostly for being one of the least egregious white-collar crimes ever to take place in the stock exchanges. As it was, she wasn’t guilty of that crime, so somebody made very sure that she was convicted of something else, while the media continued falsely telling the public that she had been convicted of insider trading. The media bosses had made this non-case into a vindictive witch-hunt, somewhat similar to their treatment of George Zimmerman a few years later, and both they and the government’s prosecutors probably felt that they couldn’t afford to back down.

The judge who sentenced Martha Stewart was Miriam Goldman Cedarbaum. Stewart was sentenced to pay a $30,000 fine, and to stay for five months in a federal prison in Alderson, West Virginia, followed by five months’ confinement in her home, followed by two years of post-release supervision by law enforcement (probation).

According to Wikipedia, Judge Cedarbaum said, “No reasonable juror can find beyond a reasonable doubt that the defendant lied for the purpose of influencing the market for the securities of her own company.” So, evidently, it was also the judge’s opinion that the prosecutors did not have sufficient evidence to prove that the charge against Martha Stewart (regarding that particular alleged lie) was true. Yet the jury convicted Stewart anyway.

Why? Did the federal prosecutors do a good job in portraying Stewart to the jury as an arrogant woman who deserved to be slapped down, whether or not she was guilty as charged? Or did the federals intimidate the jurors somehow? Doing that would be easy. All it would have taken is for one of the government’s lawyers to muse, within their hearing, that not convicting Martha Stewart would be a very bad thing — almost as bad as being audited by the IRS for the next twenty years.

Meanwhile, in Atlanta, Georgia, the lately hired new superintendent of the Atlanta Public Schools, an obese, mid-fiftyish Jamaican female named Beverly Hall, was being praised by the media for making great strides in improving test scores among the students of the district’s 80% black student body. That turned out to be a real lie.

Jews and Their Country Club Thing 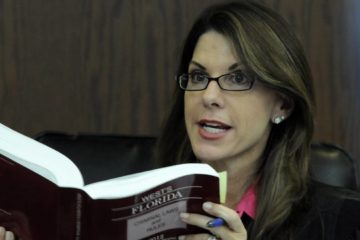 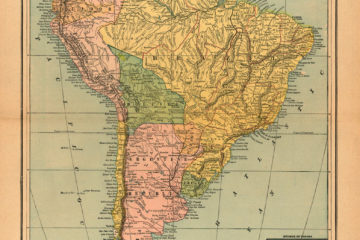 Even back then, my first guess was that she got on the bad side of one of her undoubtedly many Jewish acquaintances.