Freud and Jung as Representative Jew and Gentile 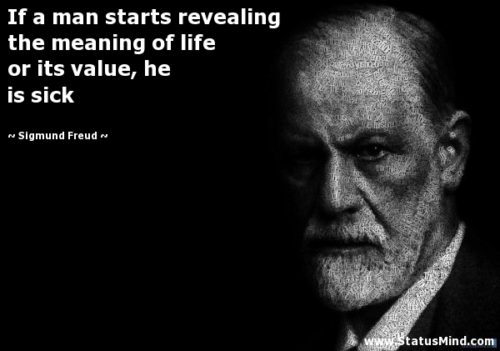 SIGMUND Freud was an insular Jew who moved in Jewish social and professional circles and identified as a Zionist. His differences with dissenting psychoanalytic protégé Carl Jung, furthermore, are inextricable from the racial and ethnic divide separating the two psychological innovators. “I am, as you know, cured of the last shred of my predilection for the Aryan cause […] We are and remain Jews,” Freud wrote to a mutual acquaintance in 1913 after Jung had dared to break with him over his sex-obsessed theoretical orthodoxy. “The others will only exploit us and will never understand or appreciate us.”1

Freud, who “made few friends who were not Jews”2, looked to Jung as an intellectual successor and figurehead to lead the psychoanalytic movement not because of his brilliance alone, but because, “and, perhaps most important of all, he was not Viennese and he was not a Jew,” explains Jungian analyst Anthony Stevens.

Freud, he goes on, “was acutely aware of the danger that anti-Semitism, associated with public disgust at his ideas on infantile sexuality, could result in the widespread rejection, or even suppression, of psychoanalysis, and he hoped that the adherence of a Swiss Christian of Jung’s stature could help rescue his movement from this fate.”3

Jung split with Freud after a few years of collaboration and friendship, the latter’s insistence on reducing human behavior to vestigial childhood sexuality and its lingering infantile traumata, and his dismissive resistance to Jung’s more expansive and positively oriented ideas of the collective unconscious and of personal growth through individuation of archetypal potentials having become too much for the younger man to tolerate. A single anecdote tells much about the opposed personalities of the two men, as well as their irreconcilable racial temperaments. Stevens relates this amusing episode:

In 1909 Jung and Freud were both invited to lecture at Clark University in Worcester, Massachusetts. They were away for seven weeks and they spent long periods every day talking and working on each other’s dreams. Of all the dreams they analysed, two were to be critical for their friendship. The first was one of Freud’s, which Jung did his best to interpret on the basis of only a few associations from Freud. When Jung pressed him for more, Freud looked rather suspiciously at him and declined: “I cannot risk my authority,” he said. At that moment, commented Jung, he lost it altogether. “That sentence burned itself into my memory, and in it the end of our relationship was already foreshadowed. Freud was placing personal authority above truth.”

The other dream was one of Jung’s. He dreamt that he was on the top floor of an old house, well furnished and with fine paintings on the walls. He marvelled that this should be his house and commented “Not bad!” But then it occurred to him that he had no idea what the lower floor was like, so he went down to see. There everything was much older. The furnishings were medieval and everything was rather dark. He thought, “Now I really must explore the whole house.” He looked closely at the floor. It was made of stone slabs, and in one of these he discovered a ring. When he pulled it, the slab lifted, and he saw some narrow stone steps leading down into the depths. He went down and entered a low cave cut out of the rock. Bones and broken pottery were scattered about in the dust, the remains of a primitive culture, and he found two human skulls, obviously very old and half-disintegrated. Then he awoke.

All that interested Freud about this dream was the possible identity of the skulls. He wanted Jung to say who they belonged to, for it seemed evident to him that Jung must harbor a death-wish against their owners. Jung felt this was completely beside the point, but, as was habitual with him at that stage of the relationship, he kept his doubts to himself. To Jung, the house was an image of the psyche. The room on the upper floor represented his conscious personality. The ground floor stood for the first level of the unconscious, which he was to call the personal unconscious, while in the deepest level of all he reached the collective unconscious. […] To him, the skulls had nothing to do with death-wishes. They belonged to our human ancestors, who helped shape the common psychic heritage of us all.4

Here, then, are Jew and gentile in capsule: the latter, both reverent and curious, inquisitively yearning after some deeper sense and understanding of his ancestral inheritance – and the former, controllingly insecure, quick to accuse, and discovering a murder being plotted under every rock. Jung – but of course! – has been accused by many of “anti-Semitism” for daring to suggest the existence of ethnically determined psychological differences between Europeans and Jews. “Admittedly I was incautious,” Jung wrote in 1934, “so incautious as to do the very thing most open to misunderstanding at the present moment: I have tabled the Jewish question.”5

On Plutocracy in America
Psychological Factors in Establishing a Presence on Mars
The Sick and the Dead
Shrewd Men's Religion
Multiracialists Are Crazy, Part 1
What Is So Wrong With White People?
Righteousness and Its Imposters
Le Bon: Prophet of the 20th Century
Tags:Carl JungFreudJewish PsycheJungPsychology

On a somewhat frivolous note, I think Thomas Szasz pointed out that there’s something wrong with someone who analyzes jokes — as Freud did with his book Jokes and Their Relation to the Unconscious — instead of laughing at them.

Freud and Jung as Representative Jew and Gentile