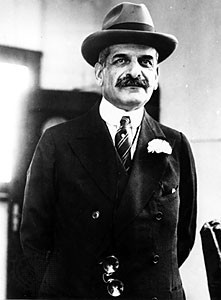 IN WORLD WAR I, while Max Warburg was advising Kaiser Wilhelm how to bring America to its knees, brother Paul in Washington was advising Woodrow Wilson how to starve the Germans into surrender. In World War II Max was fighting on the Anglo-American side against Hitler, though he didn’t leave Germany until 1938. James, Paul’s son, was one of the leaders of the War party in the U. S., and various other Warburgs served as officers in the armed forces of Britain and America. None was killed. Indeed, Otto Warburg, a Nobel laureate in chemistry, spent the entire war in Germany as head of a research institute and warmly greeted the Russians who, upon their arrival at his country estate, gave him a car and two thoroughbred horses, and allowed him the special luxury of receiving overseas food parcels. (ILLUSTRATION: Felix Warburg)

After the war Eric Warburg, Max’s son, moved back to Hamburg, where the Sephardic family had originally accumulated its immense wealth, and reopened the Warburg bank.He resided for many years in Koesterberg, the huge Warburg estate, which somehow came through the war untouched. Sir Siegmund Warburg, a cousin, in spite of his German accent, became one of Great Britain’s most influential bankers. Fredric, another cousin, ran the British publishing house of Secker and Warburg, originally formed to promulgate the memory and theories of Leon Trotsky. A few Warburgs have married Gentiles and when they do, the puff artists who write their “biographies” consider this to be a great concession.

Report: Palestinians to Equal Number of Jews by End of 2017 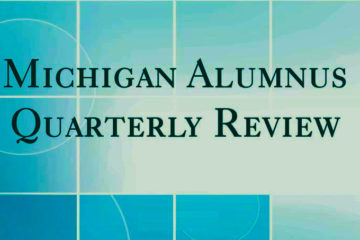