MY DAUGHTER’S Spanish classmates are well-versed in the anti-Semitic classics: They glorify fascism, tell her to ‘go to the gas chambers’ and believe all Jews are damned.

On October 1 the law that offers Spanish citizenship to the descendants of the Sephardic Jews went into effect in Spain. It seeks to rectify an event that happened more than 500 years ago: the expulsion of all Jews by the Catholic Monarchs, Queen Isabella I and King Ferdinand II, from the Kingdoms of Castile and Aragon and its territories.

Just a few days earlier, on September 28, my daughter told me about an interaction she had in her Madrid school.

“Go to the gas chambers,” a classmate told her during a study hour, “or to a concentration camp.” He then added: “Where are your striped pajamas?”

My daughter is fifteen. For the past two years she’s been studying in a Spanish, bilingual school that made the top ten on the El Mundo 2015 best schools in Spain list. We moved her there after a year in the American school where we felt she was learning no Spanish and had no exposure to the local culture.

But this wasn’t the kind of exposure we had in mind.

My daughter tells me that in her class’s WhatsApp group students routinely use “Heil Hitler” as a greeting. They say that they’ve been taught – through their religion and communities -that Jews have been and will always be damned. And they cite historical examples, including those of Hitler and Franco.

For me, my daughter’s experience is a flashback I never thought I’d have in a 21st century Western society.

My own encounter with bigotry and Jew-specific hatred began when I was nine. The only Jewish kid in my class, my ethnicity recorded front and center in the teacher’s journal, I bore the brunt of the renowned Russian anti-Semitism almost every day from the moment my classmates were old enough to sneak into the journal to check on test results. There, among the sea of ‘Russian’, the word ‘Jewess’ stood out between my name and my grades like an ugly, burned stump of a tree among an otherwise green field. From then on ‘Zhidovka’, the go-to-slur for a Jewish female, followed me everywhere.

During the next seven years of school and three years of university I made every effort to hide my origins. Those who didn’t see the teacher’s journal or my passport with its glaring ‘fifth line’, a special section listing everyone’s ethnic origin, had no way of knowing I was a Jew. For the average Soviet citizen with eagle vision for Jews, I didn’t look it, the crass stereotypical signs of a large Semitic nose and eyes that bulged a little missing from my face.

My last name didn’t sound Jewish. And my first name reminded people of Bulgakov’s “Master and Margarita”, a Russian classic if there was ever one. In the country where being a Jew was worse than being a drunkard and a traitor to the Motherland combined, I avoided telling people about my background at all costs. When at twenty I left the USSR for the United States, I did so because I knew there would be no future for me in a society that teaches Jew-hatred from a very young age.

Much like I was more than thirty years ago, today my daughter is the only Jew in her class. In fact, she is the only Jew in her school of almost 1300 kids. Buoyed by both her upbringing and her ability to speak up where I failed when I was her age, she doesn’t hang her head in shame. She stands up against the bigotry. But she is in the minority. While the Jewish community has been steadily growing in Spain, its numbers are nowhere near what they were five hundred years ago. Yet anti-Semitism, codified with the expulsion and nurtured by anti-Jewish pulpit propaganda and Franco-inspired fascism, continues to permeate the society. “If I was raised as a fascist, I am not going to stop being a fascist,” my daughter’s classmate states, unabashed, in a class WhatsApp group.

And I wonder why, new law non-withstanding, would Jews want to move to a country where the young generation is still taught the hatred those Jews’ ancestors escaped centuries ago? 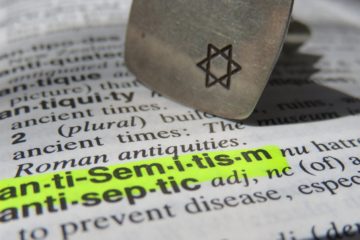 So why don’t the Jews flock to Israel? A.H. predicted that the Jews would use their new state as a safe haven but would not move to “New” Palestine in formidable numbers. Since the founding of Israel,several hundred thousand Jews have left and moved to the “United” States or Forced Alliance, depending on what side of the Mason-Dixon Line you live.

Read what Benjamin Franklin said over 200 years ago about allowing these bastards in to the colonies or after you fellows achieved your independence from us here in ‘Ol Blighty. Spot on what he said.

What is left out of this writeup is the fact that Jews were expelled from Spain about 500 years ago because they were working with the invading Muslims back then. They open the gates for the muslim invasion of Spain, and cause a huge amount of death, enslavement, and rape. That burned a cultural memory into Spain that still lingers today. Not to mention that anyone with the Internet can find out that the recent flooding of Europe with immigrants is in large part done by Cultural Marxist Jews. Which gives them even more of a bad name. So the majority of working class Jews that have done nothing are feeling heat from what their forefathers did and what their Zionist leaders are doing now to Whites. I would like… Read more »

Germany has a similar problem too.

You’ll find all manner of maniacs proclaiming “its a conspiracy of the Jews… the Holocaust is a holohoax… Nazis have been misrepresented”.

Its all spun out as a “conspiracy theory”.

All this garbage is completely illegal in Germany. Those who spout it can be arrested and jailed – esp if they are spouting it over the internet. But sadly numerous antiracism charities/organisations have closed down in recent years.

We also see lots of MUslims thinking its ok to propagate antisemetic nonsense, because Muslims are a “minority” group.

The only way to deal with these evils is firmly. Without sterner application of the criminal law, societies are actually promoting the evils of fascism.

Well, after all, fascism is the only way to properly deal with infiltration.

Maybe the author and her Tribe should stop being nation/kingdom wreckers and then they wouldn’t be soooooooooooo unwelcome.

I question how much of this article is factual. To consider Jews “damned,” one must believe in Christianity. As in much of Europe, irreligion is very much the norm in Spain today.