We’re in a Broken Arrow Situation 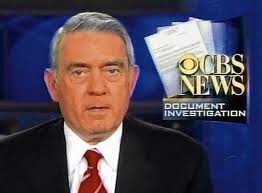 CLUELESSNESS IS pandemic in the world. That shouldn’t be shocking, because it’s always been true. Perhaps that’s because the clueless are, almost by definition, the last to know they’re afflicted. The condition can be as benign as when my grandfather continued to marvel at the first computer his company installed many decades before. I often felt slightly embarrassed for him as he recounted with excitement the amazing speed at which the paper tape ran through the machine, even though we were living in the age of the Cray Supercomputer.

The disgraced CBS news anchor Dan Rather (pictured), a man who infamously told co-workers that the news was what he said it was, resides at the other end of the spectrum of cluelessness. During September of 2004, in a slightly premature October Surprise, Rather reported the existence of documents allegedly proving that then presidential candidate George W. Bush had committed improprieties and been derelict in his duty during his military service in the early 1970s. The tantalizingly convenient story was no doubt simply “too good to check” and the unauthenticated documents became a colossal embarrassment when they were revealed to be fraudulent.

Inexplicably, Rather doubled down on the veracity of the story. Perhaps he still believed that the news was determined by his whims. There was a problem, however. The mainstream networks were no longer the gatekeepers they had been in the past. The Internet had changed everything, but this fact hadn’t quite sunk in with the professionally clueless yet. Inevitably, the word got out quickly and ubiquitously. Rather’s career was over. Virtually the only person unaware of this was technological fossil Dan Rather. As his livelihood and reputation plummeted toward the Earth streaming flames and black smoke, the oblivious Rather had the unmitigated gall to assure us that, in the unlikely event there turned out to be any truth to the allegations, he would be the first to break the story.

Those of our more obtuse kinsmen who maintain that the invasion of the Western World is not a dangerous invasion but, in fact, constitutes a boon and a blessing are an order of magnitude more clueless than even Rather. The Muslim population of France is only about 10%, a mere six million the “enlightened” say. The Muslim population of the United States is an even more paltry 1%, a mere three million. Who except the paranoid could be concerned about such small minorities? I would think any person with eyes, ears, and two IQ points to rub together.

The United States toppled the Iraqi government and occupied the country for eight years with a maximum of 170,000 troops, usually less. Eight or nine motivated people killed 130 innocents in short order in Paris just recently. In 2008, 10 individuals in Mumbai, India killed 164 people over a period of four days. Sadly, such examples abound. The six million Muslims in France present a force a minimum of 35 times the size of the American forces that took Iraq. The United States is rife with unvetted and unassimilable aliens from virtually everywhere, not just the Muslim world. It only takes a few, and they’ve got a lot. The enemy isn’t coming to the Western World. He’s here — and living quite well on our dime.

Though relatively few perceptive souls know it, we’re approaching the civilian equivalent of the military Broken Arrow situation, if we’re not already there. Broken Arrow is a military code phrase used to call in an air strike on your own position. Every possible friendly combat aircraft converges on you and unleashes hell. Why would any sane person do that? It’s done because your unit has been overrun by the enemy. He’s inside the wire. He’s in front of you, behind you, and beside you. He’s everywhere he shouldn’t be. The situation is hopeless. You’re going to die. You call in an air strike on your own position because you have nothing to lose. The main difference for our people is that radioing in a Broken Arrow is not an option. There will be no massive support by outside forces to rescue us from our folly. For better or worse, that has always been our job. This one is on us.

We must inoculate our brothers and sisters against the plague of cluelessness that afflicts us. The ironclad social injunction we must never discuss religion, politics, or race for any reason is one of the myriad sophistries used to hobble us intellectually. Oddly, this rule is usually invoked by Leftists who cannot shut up about those subjects. We’ve let the enemy impose this “heads we win; tails you lose” standard on us far too long. Subconsciously most people assume that silence implies consent. But consent ensures extinction. Speak up.

Loretta Lynch Says to Muslims ‘We Stand With You in This’
His Name Means "The Glory of God"
Police Departments Hiring Immigrants as Officers
Taking Memorial Day Seriously
After Them, the Deluge
You Have Been Selected
The Clearest Hate Crime
The Spurious Shekel
Tags:Broken ArrowDan RatherImmigrationIraq WarIslamMuslimsReligion 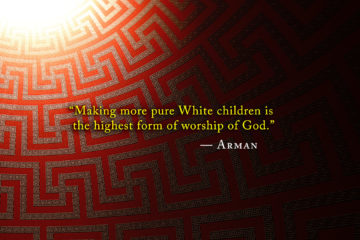 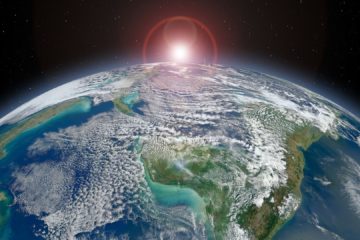 Thanks for your comment Jimmy. The truth is that there are places in the United States that are still predominately White, but they are becoming rarer all the time now that such a thing is considered a national tragedy. For the time being I’m stuck in the desert Southwest and, even in my little town, we’ve become a minority. I’m frequently the only White person present on work assignments. It’s not just a big city problem. My son went back to the small northern Michigan town he was born in a few years ago, which is just shy of being in Canada. When I lived there, it was probably 98% White, but my boy informed me that the place was crawling with mestizos, who had displaced many of the few… Read more »

We should never lose sight of the root causes of this unfolding disaster.

We’re in a Broken Arrow Situation