It is a part of the entertainment industry that sells. Sex sells, and for some disgusting reason young sex sells even more.
— Jennifer Lawrence

WHILE WE ALL knew that it was coming, to see it actually before my eyes now, is more shocking than I ever thought it would be. In Miley’s new video entitled “BB Talk” she is dressed in a diaper and baby clothes, while sucking on a pacifier and giant phallic baby bottle, singing the words:

F*ck me so you stop baby talking

Where do I even begin? Well, for starters, the people behind the promotion of this filth would be publicly executed in a sane society. There I said it. Will no one else?

Are we just going to sit back and let this continue? Is this what you want your children growing up around?

So just who is behind this disgusting song? Well, a jew named Oren Yoel produced it.

In an interview with TheFader.com Oren discusses his work with Miley, and is asked: What about “BB Talk,” which is such a personal track?

She sent me in the track back and I listened to it in my living room. It’s so personal and knowing her on a personal level, this feels like her when she talks. It’s so effortless. I sent her the track and she wrote that thing. This track was kind of crazy it took me a couple listens. My girl is such a good soundboard for me if something’s hot, she’s like “this is really, really cute” and I was like, “okay dope.” I never know. It’s hard for me to judge my own shit and hopefully it’s dope. That’s why I do everything 110%.

What a retarded response.

Looking just a bit further, we find more kosher fingerprints. The music video was directed by none other than the disgusting jewess Diane Martel, who is also responsible for many other filthy videos, such as “Blurred Lines”, which is a song about rape being cool.

Are these jews just genetically hardwired to bring filth wherever they go? Is this a deliberate attack against Western values? I say both.

Let’s review Miley’s past briefly to get a better understanding of how she is currently being used.

As a daughter of Billy Ray Cyrus, Miley has long been around the entertainment industry, but she really became a household name when she became Disney’s “good girl” Hannah Montana. However, her image was to change drastically over the coming years. 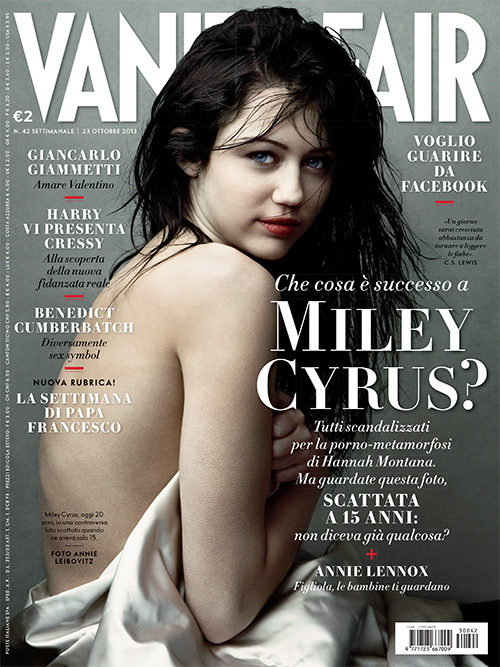 The transformation from a seemingly wholesome American girl into super whore (sex slave) began young, with it becoming obvious to anyone with a semi-functional brain that Miley was being sexually exploited, and also being used to transform her fans into pornographic prepubescents.

This bait-and-switch tactic has been employed time and again by Miley’s Jewish manager, Larry Rudolph, who also oversaw the transformation of Britney Spears and Christina Aguilera, both former Disney child stars like Miley.

Take a pretty young girl with a clean ­image, turn her into a showbiz sex ­goddess and watch the money roll in. That is what has happened to Miley Cyrus. And her steamy interviews plus semi-naked “twerking” routine are looking like a deliberate career switch under the guidance of a calculating manager, reports the Sunday People.

Step forward Larry Rudolph. For Miley, the former Hannah Montana child actress turned queen of sleaze, is just the latest in a string of raunchy products from his stable. Britney Spears, Christina Aguilera and Jessica Simpson are all his creations as well. The multi-millionaire businessman and former lawyer specializes in helping performers make the transition from child star to adult entertainer.

Middle America was outraged by the sight of former Disney princess Miley, 21, wearing a flesh-colored latex bikini and gyrating suggestively against singer Robin Thicke at the MTV Video Music Awards in August. How could the sweet little thing who played children’s TV favorite Hannah for eight years sink so low, asked disgusted parents’ groups. But her televised performance was seen by 50 million people. And cheering her on were Rudolph and her mum and co-manager, Tish Finley.

Rudolph, 50, a talent manager for 15 years, has been working with the singer since last spring. And he told the Hollywood Reporter magazine he thought that Miley’s performance at the VMAs was an absolute corker. He declared: “We were all cheering from the side of the stage. It could not have gone better. The fans got it. The rest eventually will.” Rudolph’s skills have made him worth an ­estimated £13 million but he came from humble beginnings in the Bronx area of New York.

Miley is quoting in Us Weekly about her desire to “educate” children about sex:

It’s ignorant to not talk to your kids about it or make it seem like it’s not as cool or magical as it actually is. If [kids] have a TV, they know what sex is. Everyone knows, so educate them.

The “education” coming from (or rather through) Miley would be better described as criminal sexualization. She is pushing the idea of “gender fluidity” and that having sex with as many different people, regardless of gender and identification, is the key to happiness. Oh, it also helps if you’re really high on drugs too.

I am literally open to every single thing that is consenting and doesn’t involve an animal and everyone is of age. Everything that’s legal, I’m down with. Yo, I’m down with any adult — anyone over the age of 18 who is down to love me. I don’t relate to being boy or girl, and I don’t have to have my partner relate to boy or girl.

I’ll leave you with the music video and lyrics to this “song”, so you can see just what they are pushing on our children. The people who are responsible for creating this filth need to be made to feel very uncomfortable in our lands, and need to be gotten rid of, quickly.

When it Comes to Jewish Ties, No GOP Candidate Trumps Trump
Nationalism vs. the New World Order
Peter Stuyvesant, New Amsterdam, and the Jews
Henry Ford on the Jew in Character and Business
Jews Gloat as French Author is Imprisoned for Saying They are an "Incestuous People" on YouTube
The Jews Behind the 1919 Spartacist Uprising in Berlin
Jewish Control of Left and Right: The Case of National Review
Usurers
Tags:ArtJewish InfluenceJewsMiley CyrusMusicSexWhite Sexual Exploitation

mileys family as well as most these stars (from politicians to corporate leaders) to me seem to fit the mold of “generational satanist” and to me that probably means slave families to the mystical rabbis, I remember reading some old rumours about the redshields breeding program which was started some time ago in europe, they have this vile program to make mixed breeds of all kinds to use as puppets for everything they plan.

Two things:
First, I’ll bet one crisp Andrew Jackson that Billy Ray Cyrus was diddling this girl at a very young age.
Secondly, any parent that lets their child listen to this filth is complicit and guilty of abuse.

1936: One of the most awe-inspiring opening ceremonies in the history of the Olympics takes place in Berlin, Germany, presided over by Adolf Hitler.